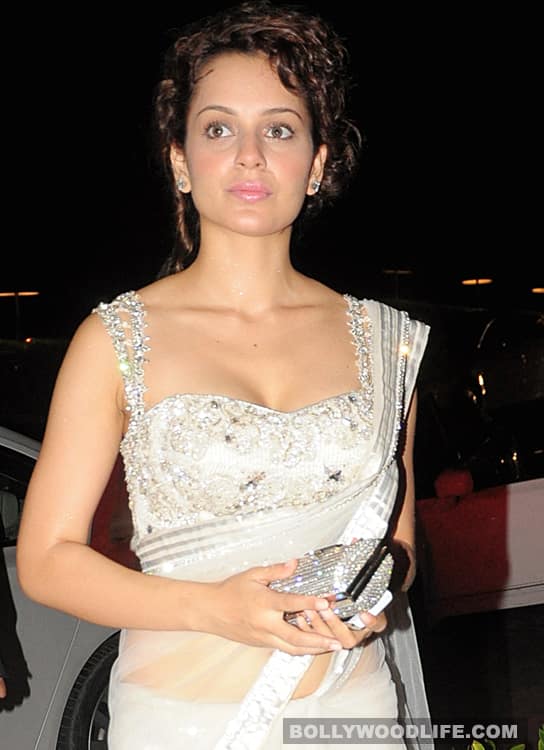 This year is turning out to be a lucrative one for the Krrish 3 babe and as she turns 25 today, we shed light on Kangna Ranaut’s current projects and what she has been upto till now

She started her B-town career with Gangster opposite Shiney Ahuja in 2006. But with movies like Woh Lamhe and Fashion, Ms Ranaut was almost on the verge of getting stuck in the 'crazy girl' mould. Just when people had started considering her an actor mainly apt for intense and serious roles, Kangy made it a point to turn her career around. She tried her hand at comedy with Double Dhamaal and Rascals, but unfortunately the babe was unable to prove her mettle in this domain. Also Read - Deepika Padukone's costume from Bajiro Mastani to Kangana Ranaut's rubber-latex bodysuit: Cost of these exorbitant movie outfits will make you numb

Although the actor’s last hit was Tanu Weds Manu and she’s desperately waiting to pack another solid punch. But style-wise, Kangy has been quite up to the mark, creating waves with her classy ensembles and bohemian choices. Kangna has Tezz, Shootout At Wadala and Krrish 3 to look forward to. Her superwoman act in the Krrish series is the talk of B-town already. Also Read - Aamir Khan in Laal Singh Chaddha deserves better than unfair Tom Hanks comparisons – here are other actors in remakes who were unreasonably criticised

And as we wait to take a look at her mutant avatar with bated breath, we hope this gorgeous babe has loads of fun on her b’day. Happy birthday, Kangna! Also Read - Before Sidhu Moose Wala was shot dead, Gulshan Kumar’s assassination, Shiney Ahuja’s rape case and more crimes that shook the entertainment industry