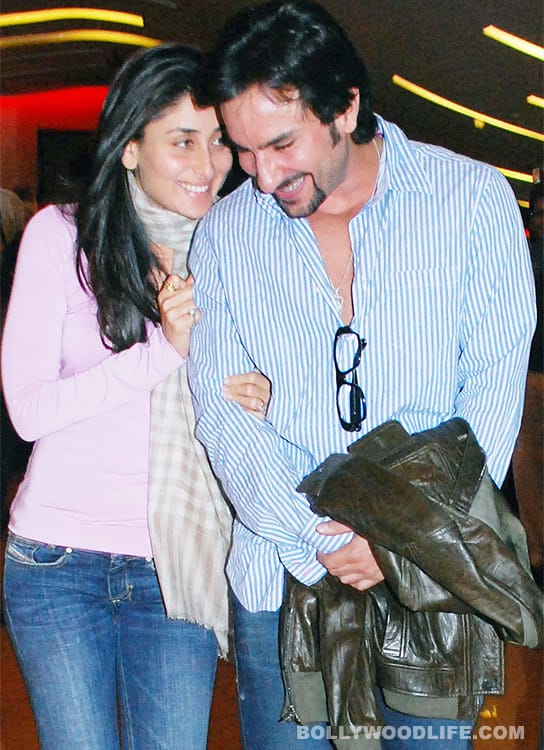 The couple has already started their preparations, and are all set to exchange rings on February 10

Speculations about Saif-Kareena wedding have been going for a really long time. While Saif and Kareena maintain that wedding bells won’t ring until Agent Vinod releases, recent buzz suggests a different story. In fact, Bebo has already started her engagement shopping. She recently purchased a royal necklace worth Rs 40 lakhs and buzz is that the couple is all set to exchange rings on February 10. A li’l birdie revealed, “Both Saif and Bebo have been going steady for several years and are now ready to take their relationship to another level. And the first step towards the grand wedding may take off with an engagement on February 10. They have deliberately avoided having their engagement on Valentine’s Day. Instead they have planned the event around the day. Though Saif is extremely busy with post production work of Agent Vinod and Kareena is travelling for the promotion of Ek Main Aur Ekk Tu, they are quite excited about the engagement.” Also Read - After Agent Vinod, Sriram Raghavan to make another thriller with Saif Ali Khan?

While lips continue to be zipped, we’ve discovered that the ceremony will take place either in Mumbai or at Saif’s residence in Delhi. Vikram Phadnis has already started work on Kareena’s outfit. Though the event won’t be a grand one, close friends from the industry will be invited for the function. Recently several B-town couples have gone public about their big day but Saifeena have taken a rather hush-hush route. Are we complaining? Definitely! Also Read - Saif Ali Khan has issues with Vikramaditya Motwane's next film - here's why!