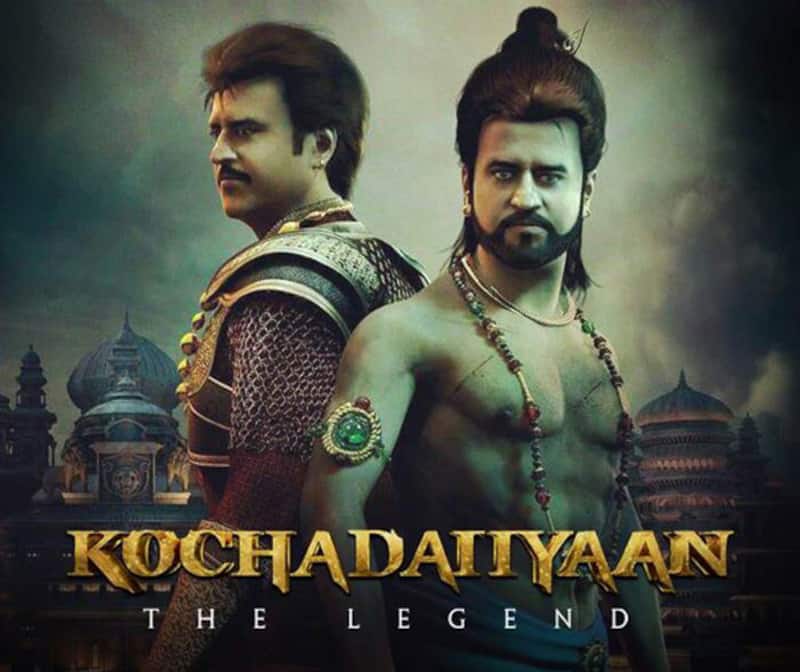 The much awaited teaser of the Superstar’s next film is finally out. Take a look!

After waiting for almost five months since the first motion poster of Kochadaiiyaan aka Kochadaiyaan was released, we finally got the first teaser of the Rajinikanth starrer. Also Read - Koffee With Karan 7: Karan Johar upset with Deepika Padukone and Katrina Kaif? Makes his displeasure obvious

The teaser of the 3D animation film gives the viewers a feel of the premise of Kochadaiiyaan, but not much is really revealed about the plot. The promo is a visual treat to Rajinikanth fans especially because they can see their Superstar in a completely new and double avatar! In the film, Rajini plays Kochadaiiyaan and Rana. The former is the loyal commander of a great emperor and his son Rana is a warrior. Rajini adds his signature style and charm to his character of a royal warrior, which is a treat for his fans. Kochadaiiyaan is India's first motion capture technology film being made on the lines of Avatar and The Adventures of Tintin. Also Read - Koffee With Karan 7: Netizens call out Karan Johar for 'disrespecting' Hina Khan and Helly Shah while talking about Indian representation at Cannes 2022

Though the film also has names like Deepika Padukone, Jackie Shroff, Sarath Kumar, Shobana, Aadi Pinisetty and Nassar in the cast, it's Rajini all the way in the teaser. The film is directed by the Superstar’s younger daughter Soundarya R Ashwin and is jointly produced by Eros International and Media One Global Entertainment. Also Read - Laal Singh Chaddha vs Raksha Bandhan: Bollywood ditches Akshay Kumar for Aamir Khan?

AR Rahman has composed the music and also the background score of the film. Resul Pookutty has done the sound design. The music will be released on October 13, 2013.