Exclusive: Madhur Bhandarkar is ready to fight in order to avoid the 16 cuts in Indu Sarkar... 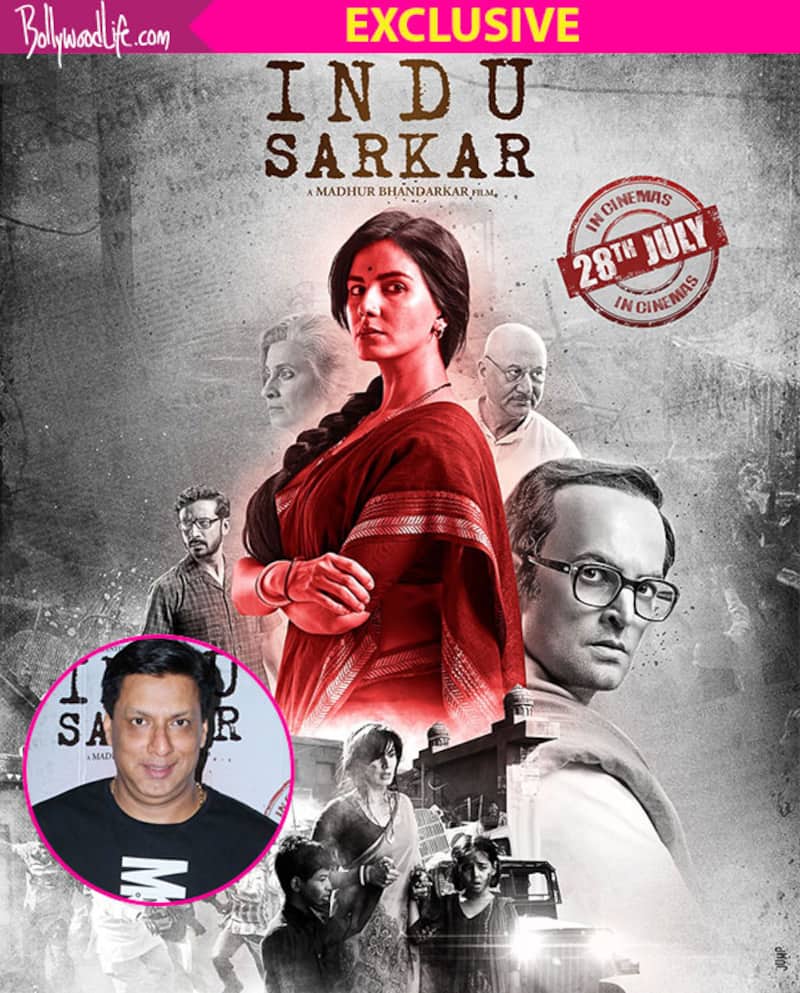 Madhur Bhandarkar's Indu Sarkar has been in the news since a while now. Starring Neil Nitin Mukesh and Kirti Kulhari, the film chronicles the story of a few politicians during the emergency period (1975 to 1977) in India. Though the director has denied it, several people, including political activists, have suggested that Indu Sarkar shows Indira Gandhi, Rahul Gandhi and the Congress in a bad light. Several people have called for a ban on the film, however the Central Board of Film Certification (CBFC) has passed the film. But then again, they have told the makers to make 16 cuts in the movie. Madhur Bhandarkar is disappointed with this decision by CBFC and in an exclusive interview with us, he revealed to us that the cuts they have suggested are absurd. He even revealed to us that they will even go to the High Court, but they will not let anyone make any cuts in Indu Sarkar. Also Read - Kangana Ranaut and Page 3 director Madhur Bhandarkar to join hands for film on Kashmiri singer murdered by terrorists? Here's what we know

Talking about the cuts, Madhur ranted, "The cuts (that the CBFC has suggested) are very absurd. I don't know what kind of yardstick they are using for this. When it (a certain scene or dialogue) is being allowed in the trailer and the whole world has seen it and you have given me a U/A certificate for it and here again I am being told that I'll get a U/A certificate, then why the duplicity? Why can't I have the same dialogues in the film? Then they wants words like CBI, IB, section officer and a few others to be chopped off. They want me to remove the mention of Kishore Kumar. I don't know what to say. When I asked them what to call him, then they tell me to use Kishore. It is so funny." (ALSO READ - Madhur Bhandarkar says changing anything will affect Indu Sarkar) Also Read - Before Ranveer Singh stripped nude, Shah Rukh Khan, Ranbir Kapoor, Tiger Shroff and THESE other Bollywood actors bared it all but there's a TWIST [View Pics]

Madhur Bhandarkar even revealed his next course of action, when he told us, "Indu Sarkar has been seen by the Examining committee. It will go to the Revising committee. I have my remedies over their, which I am going to use. If I don't agree with the revising committee, I'll go to the Tribunal in Delhi. Tomorrow, if that also doesn't work out, then I may sit with my producers and we will deliberate on it with my team. If I feel I can approach the High Court, I'll approach the High Court. But I'll use all my remedies because I don't want anything to be disfigured or to be cut because we have made the film with honourable intentions." (ALSO READ - Late Congress leader Sanjay Gandhi's alleged daughter finds Indu Sarkar's trailer shocking and misleading) Also Read - From Sunny Leone to Ayushmann Khurrana: 5 celebs who showcased sizzling chemistry while kissing the same gender onscreen

Check out Madhur Bhandarkar's whole reaction in the video above and tell us what you think about it in the comments section below. Also stay tuned to BollywoodLife as we get you more details about Indu Sarkar right here...