Memes are the coolest thing nowadays and it has become a trend to express your thoughts in the most unusual and creative of ways. From Game Of Thrones to early iconic shows like Friends, different memes are made to express thoughts, and the more unusual the topic, the more of viral their memes go. While memes are a commonplace in Hollywood and Bollywood scenarios, Ekta Kapoor's upcoming show, Kasautii Zindagii Kay has made it there even before going on air. And this alone establishes that it will be a hit. Also Read - Pearl V Puri Case: The Naagin 3 actor gets bail after being in custody for 11 days

Ekta Kapoor created a huge buzz when she announced the reboot version of the iconic love saga, Kasautii Zindagii Kay. She took to social media to announce it in a cryptic message and wrote, "With a piece of my broken heart I wrote in 2001 ...17 years later I ‘ reboot’ it dipping it in personal pain and lacing it with experiences of an older me! Bringing back my most successful love saga that ran for 9 years!!! Again I’ll take my broken heart n make it into art!!! #namestobeannounced #waitfortheannouncement" [sic] It didn't take much time to understand that she was talking about Kasautii and thus it became hard to know all about it. Ekta shared the teaser of the show recently where she retained the iconic track and the black and red theme. It was pure nostalgic for us, and it also gave way to some memes that are going viral.

After a lot of speculations, Parth Samthaan's name started doing the rounds. However soon Ekta was the one to announce that her 'Anurag' will be of age 24. Well, this meme perfectly shares Ekta's idea and we can't stop laughing. Also Read - Pavitra Rishta's Ankita Lokhande marks Sushant Singh Rajput's first death anniversary with a special havan at her home

With each passing day, a new name for the role of Anurag is surfacing. Angad Bedi, Ssharad Malhotra, Barun Sobti, Parth Samthaan and others, all are speculated for this iconic role. And this meme where the character shows an unending list is exactly the expression of everyone. 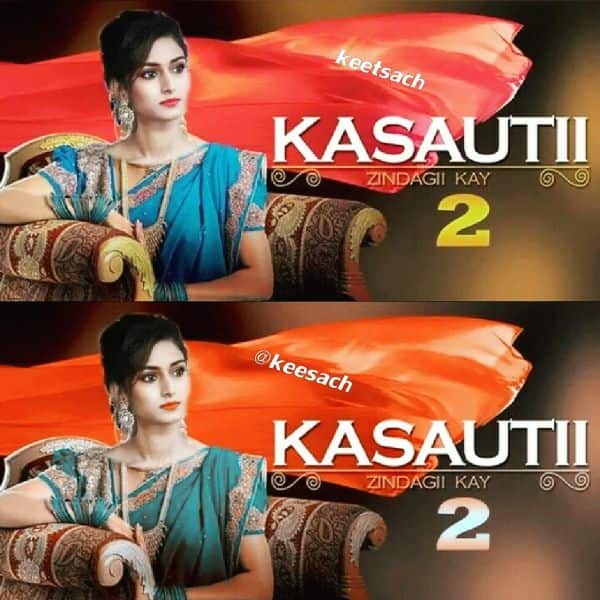 Do you remember this iconic poster of Shweta Tiwari from the show where she wore the blue Benarasi and carried a pained expression? The iconic posture and the Bengali look of Prerna became so famous that now, people have started morphing Erica Fernandes' face on it.

Don’t worry we will wait take all your time @StarPlus #KasautiiZindagiiKay pic.twitter.com/z6nd3QanjN

With so many speculations, everyone is going crazy. People are eagerly waiting to know, but Ekta is not ready to let the cat out of the bag. Thus this meme describes the situation perfectly. We have no other option, but to keep waiting.

So which one is your favourite? Tweet to us @bollywood_life. For more scoops and updates, stay tuned to BollywoodLife.