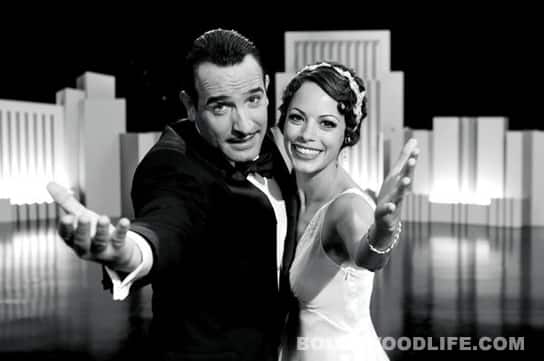 Looks like most people in Bollywood were asleep during the live telecast of the 84th Academy Awards. Some enthusiastic ones were wide awake though, and tweeted as the award ceremony was being aired. Amitabh Bachchan did not tweet but wrote about the winning film The Artist on his blog before the Oscars. He said, “I watched a lovely film ‘The Artist’ via the UFO set up in the house and it was a delight to see a black and white, silent movie in February of 2012!! In an age when color and music and speech and sound play such an important role in cinema today, it was most innovative on the part of the makers to present something like this. I believe it is up for the Oscars, which are out tomorrow on Sunday.” The others who tweeted included Neil Nitin Mukesh, Celina Jaitly, Shreya Ghoshal and Rajat Kapoor. Some film journalists were also tweeting incessantly. Amongst all the buzz, we liked what a music channel tweeted. Take a look at: Also Read - India out of Oscar race – again

Neil Nitin Mukesh: ‏"Super awards. Love it. The artist it is." Also Read - Ali Zafar: Proud that a woman got Pakistan's first Oscar

Raj Kaushal: "@TheRajKundra the artist. It is superb!"

Rajat Kapoor‏: "Michel Hazanavicius’s “The Artist” and the Lost Art of Silent Films : The New Yorker newyorker.com/arts/critics/a… via @NewYorker"

"The Artist- wonderful, simple, moving. Great to see the audience respond in this fashion to a silent, B & W film. Miracles dont stop.."

Ashwin Mushran: "Best Actor, not so silently goes to Jean Dujardin for The Artist #Oscar2012"

Sangeeth Sivan: "Was lucky to c THE ARTIST & THE SEPARATION at the Goa Festival - outstanding films so worthy of the honors they r getting-Hugo so want to C"

Channel [v] India: "While every movie was talking, The Artist chose to "Keep Quiet." That's [v]hy it has won the Best Picture trophy at the Oscars."

Tisca Chopra: "Watched The Artist, such performances..such wonderful work, puts one in the mood to 'act' right away.."

Pria Kataaria Puri (Designer): "I think the oscars this year belong to Meryl Streep -george clooney, The Artist , Oh Ya and uggi !!"

Sudhish Kamath: “Booooooooooo! Artist wins. Uggy, the dog takes a dump on the stage. I don't mind The Artist winning for Best Score. Silent film after all.”

“All you who think Artist deserved all those nominations, now is a good time to tell you what Octavia Spencer tells Bryce Dallas in The Help.”

“The Artist wins Best Director!! Most unexpected after that start. Grrrr!!”

“So The Artist didn't deserve any of the technical or the writing award but deserves Best Picture? That would be retarded.”

“'Best original score' goes to 'The Artist' this one was a no brainer!”

Tanmay Bhat (Comedian): "As long as Anil Kapoor doesn't come on stage, it's all good" - Indians on The Artist winning best film."

Swati Shetty (President - Balaji Motion Pictures): "The artist it will be!"

Mushtaq Shiekh: "Just finished reading Rashid Irani's review of The Artist where he gives it 2 & a half stars saying "in this case silence is not golden"! I am in shock...Time somebody took stock of the critic brigade in this country! WTF do they want from cinema??? @RIPcritics"

Raja Sen: "Frankly, of all the Best Picture nominees, I'd say Hugo is the most spectacular triumph. Then Midnight In Paris, then The Artist."

fightclub: "‏ @CilemaSnob Oh ho. Should i wear two then? RT @CilemaSnob: To celebrate The Artist win, i will wear my frenchie today. The Jockey edition. #Oscar"

Ramesh Srivats: "Oscars over? Here's a 3-year old post: Bhaskar Awards from LPD. Irrelevant now, but then, it was like that, then also."