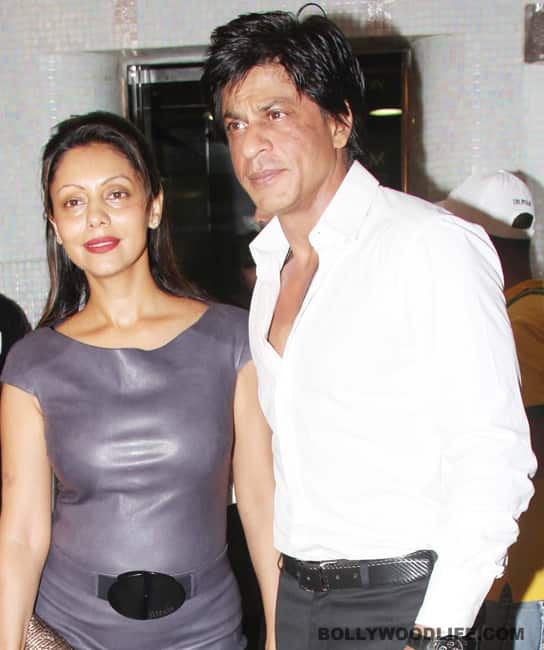 This Valentine’s Day, Bollywoodlife.com asked its readers to select who they think is the most romantic star couple and they chose the SRK-Gauri jodi

Shahrukh Khan and Gauri might be dealing with a lot of rumours about SRK’s link-up to Priyanka Chopra right now, but that doesn’t seem to have deterred his fans from voting him and his wife as the most romantic couple in Bollywood. Also Read - Birthday Special: Check out Jaya Bachchan’s unseen pictures with Amitabh Bachchan, Abhishek, Aishwarya and others

SRK-Gauri won the poll on ‘who is the most romantic couple in Bollywood?’ with a cool margin and garnered 37.85 percent, while their best friends Hrithik and Susanne Roshan came second with 21.05 percent votes. Riteish Deshmukh and Genelia D'souza, who have been in the news for their grand wedding and the cuteness quotient, came third with 9.39 per cent votes. Ajay Devgn and Kajol came in a close fourth with 9.19 percent votes even though they haven’t really been in the public eye off late and haven’t done a film together for a long time. Also Read - Is Bunty Aur Babli sequel on the cards? Abhishek Bachchan answers

Surprisingly, despite being one of the most talked about couple, Saif Ali Khan and Kareena Kapoor got only 6.42 percent votes from our readers. And it looks Abhishek-Aishwarya don't have much of a following as a couple either. They managed to get 8.79 percent votes. View the poll results below. Also Read - Abhishek Bachchan has the sweetest message for Amitabh-Jaya Bachchan as they ring in their 45th wedding anniversary