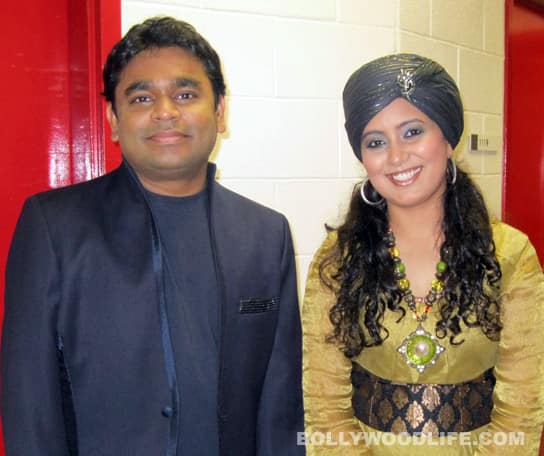 Not many people associated with showbiz are able to maintain their humility amidst all the fanfare and glamour. But Sufi singer Harshdeep Kaur has been able to do that with ease. Having won a reality show when he was very young – MTV Video Gaga at just 16 – Harshdeep has seen it all, been there, done that, thrown away the T-shirt. Performing at live shows or recording in a studio for a film or her album...it's all part of her life now. Her latest song, Katiya Karoon from Rockstar, is a chartbuster. From being a topper in college to performing for AR Rahman more often than she can count, the 24-year-old is one of the high notes in Indian music today. But she has no airs about it. What keeps her so level-headed...is it just the Rahman effect? Also Read - AR Rahman: Films with song-dance have more longevity

So, how does it feel to be a part of the inner circle of the Mozart of Madras, AR Rahman? What does he tell you before each show? Also Read - James Franco drugged? Watch Instagram video!

I feel blessed. Rahman sir is very quiet and not very expressive. But he always praises and encourages you. The fact that he calls you to sing with him is proof enough that he likes your voice. He is my biggest inspiration and it is my dream to keep singing for him.

What was the brief given to you for Katiya karoon? You must be familiar with the song, being a Punjabi...

Rahman sir called me to his Powai studio and gave me the lyrics. ‘What is katiya karoon?’ he asked. I explained the meaning to him. The lyrics mean something like 'I spin your cotton all night, the entire day is spent in this thought, I shall live and die for you, Be a spinning wheel O' my body....' He then said that he wanted a very catchy number, as it was going to be a fun song with Ranbir Kapoor and Nargis Fakhri on the road. Rahman promptly started composing and created the song right in front of me! It is not a folk song, only the rhyme Katiya karoon... belongs to a Punjabi folk song. The song from Rockstar is an entirely original composition.

Is Rahman open to suggestions?

He gives freedom to his singers. Like he asks you, 'What can you add here, an alaap, whatever?'. But even that comes to a singer only in Rahman’s presence. You feel as if God is there. One can’t explain the feeling. The whole ambience is also such – there will be a candle burning and silence all around since we’re usually recording in the middle of the night. Divine.

Is Ranbir Kapoor a true Rockstar? And is he your favourite actor?

Ranbir is so down to earth and such a nice person. He does not seem as if he belongs to the Kapoor clan. He came up to me and we talked like friends. Even at the press meet, he praised the singers saying, ‘These are the real rockstars’. He was present the entire time for the Rockstar concert rehearsals and left after us. He is very dedicated. I have loved his films like Rocket Singh – Salesman of the Year.

Have you branded yourself a Sufi singer because of your distinct voice, or because you have an inclination towards that kind of music?

I always wanted a niche, a specialisation. I wanted to do live shows where people will come to listen to my voice, like they did for Jagjit Singh, for instance. The reality show Junoon - Kuchh Kar Dikhaane Ka (which she won) gave me that direction. I was in Rahat Fateh Ali Khan’s team and so began my Sufi journey.

But you have been singing Bollywood style too....

Thankfully, music composers do not bracket me. They know my versatility. For example, Pritam Chakraborty has always made me sing non-Sufi songs, like Jhak maar ke from Desi Boyz, or songs for Fight Club and Khatta Meetha. He says he likes the texture of my voice. The duo of Vishal-Shekhar, too, has used my voice for purely Bollywood numbers in Taxi No.9211 and Karam, as also a Perk jingle. Vishal and Shekhar know me from the time I first came to Mumbai, long before I started singing Sufi. 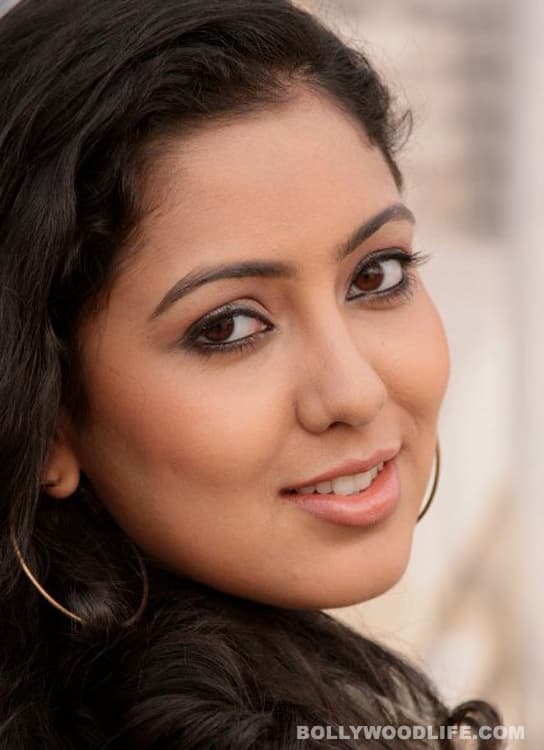 Doesn’t glamour attract you? You are very humble compared to some young, upcoming singers...

My critics never praise me! If you’re not humble, there is no place for you in this industry. Humility takes you places. Arrogance takes you nowhere. Look at Ranbir – I have become a double fan of his after seeing how humble he is! Mohit Chauhan is also like that. So is Imtiaz Ali. Nargis Fakhri is also a vibrant person with a lot of positivity.

How does it feel when you have one of the best numbers in a film, but the film doesn’t do well? Case in point, Chand Ki Katori in Sanjay Leela Bhansali’s Guzaarish.

It was a pleasure working with Bhansali. He was composing for a film for the first time, and in the way he explained the songs, his love and passion for cinema came across. It does feel a bit sad when a film you have sung for doesn’t do well. But the song is liked a lot on YouTube.

What are your future films/albums?

I am singing for Karan Johar’s film Student Of The Year for Vishal-Shekhar. I recently shot a video for my new album, and there are a few films in the offing, but I cannot mention them right now.

Haven’t you thought of acting in films?

I had a few offers from Punjabi films, but I refused them. I only want to concentrate on music right now. I feel you also act while you’re singing, y’know. I also play the piano and have composed music.

What about love life? Parties? Networking?

No love life right now. I don’t go to any parties and my parents accompany me everywhere. I make friends while working on my tours and my films. At the end of the day, it’s your work and talent that speaks no matter how much you network.