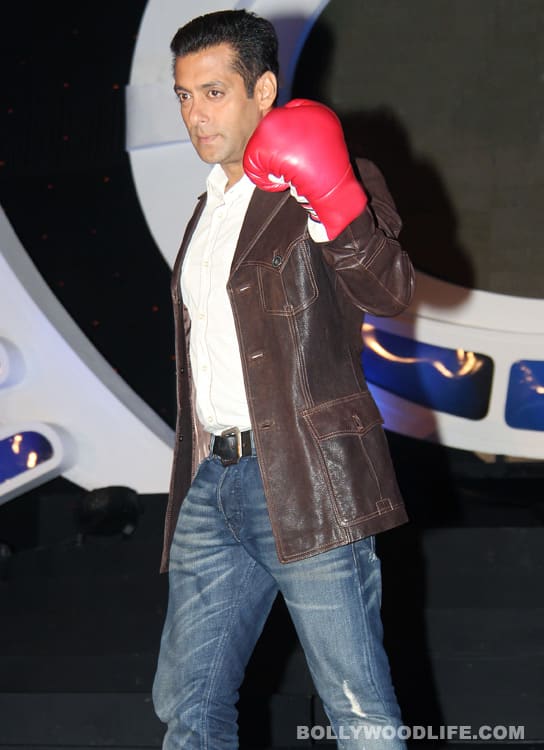 Did Salman really call up Shirish Kunder? Did he miss Riteish and Genelia’s wedding because of Shahrukh? For those of you who are asking these questions about your idol, here are the answers…

Salman Khan and Shahrukh Khan have been rivals for a long time, long enough for even the industry to be divided as per loyalty to the two stars. When Shirish Kunder spoke about his fight with Shahrukh last week, it didn’t take long for a new ‘fact’ to emerge: Salman, on hearing about the fracas, phoned Shirish to ask about his well-being. The Salman-Shahrukh rivalry is well-known, as is Salman’s friendship with Shirish – the superstar even did a guest appearance in Tees Maar Khan - so no one doubted the Joker director when he made his claim. However, it has now emerged that nothing of the sort happened. Also Read - Shahrukh Khan or Salman Khan: Who is better at being bad?

Salman confirmed to a national daily that he is busy shooting for Ek Tha Tiger in a remote part of Cuba and had no idea about any fight between Shahrukh and Shirish. It follows that he did not call Shirish either. Who is lying? Is it Salman, as he wants to distance himself from the controversy? Or is it Shirish, who wants to create more problems between Salman and Shahrukh? We think the chances of Salman doing the distance thing are fewer. Why? ’Cause we also heard something else: Salman’s treatment for facial neuralgia is already underway, but he is not out of danger just yet. Salman has a brain aneurysm, caused by the abnormal swelling of an artery due to weak walls of the blood vessel. We hear that he is hoping against hope the aneurysm has shrunk and not increased in size. If it doesn’t respond to treatment, Sallu will be forced to withdraw from his filmi commitments and that won’t bode well financially for his producers. He has already flown to the USA for treatment, which is why he was unable to attend Riteish and Genelia’s wedding. It had nothing to do with him not wanting to meet Shahrukh at the venue. With such a serious health issue weighing on his mind, do you think he would even care about petty stuff like a B-town fight or meeting his rival SRK at a wedding? We wish everything goes well for Sallu in the US and he has only good news for us when he returns in March. Also Read - Will Salman Khan be the brand ambassador of the Sri Lanka Premiere League?