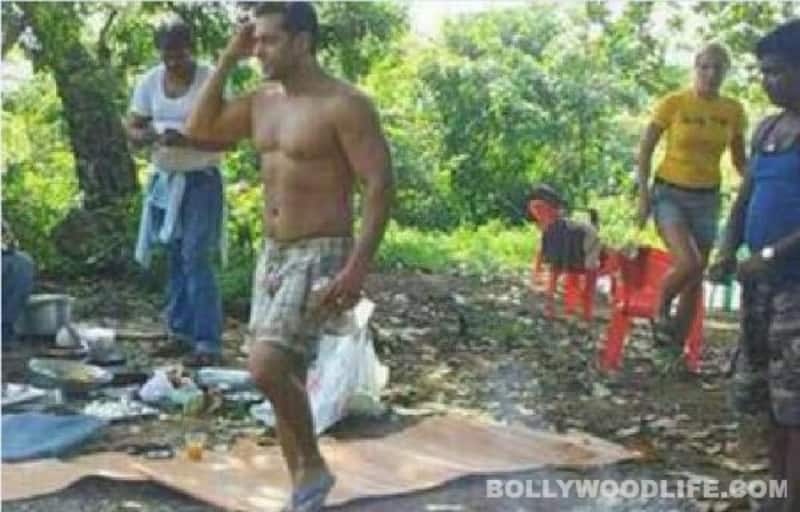 While Bollywood has been abuzz with rumours of romance brewing between Salman Khan and Romanian actor Iulia Vantur aka Lulia Vantur for quite some time now, it has been hard for the paparazzi to spot them together till now. Here is the first photo of Salman and the Romanian beauty together. In the photo, it looks like Salman is on a picnic with Iulia along with some other members of the unit. While Salman sports a shirtless torso, Iulia is seen in a yellow tee and a ponytail. The actor is currently accompanying Salman on the shoot of his upcoming film Mental in Hyderabad. Also Read - Shah Rukh Khan, Aamir Khan, Salman Khan and more biggest superstars of Bollywood and their first salaries

Interestingly, the photo surfaces at a time when pictures of Salman's ex-flame Katrina Kaif and Ranbir Kapoor holidaying in Spain are making a splash everywhere. Salman and Iulia's alleged relationship has often been in the headlines in the recent past. Also Read - Kareena Kapoor Khan to Aishwarya Rai Bachchan: Bollywood actors who were labelled as MOST arrogant

In May, there were reports that Salman was considering tying the knot with her. However, later the reports were rubbished by Salman's father Salim Khan. The 'couple' was in the news again when reports of Salman buying a house for his 'lady love' did the rounds. Also Read - Before Shruti Haasan, Katrina Kaif, Kiara Advani and more Bollywood actresses proudly flaunted their bloated faces