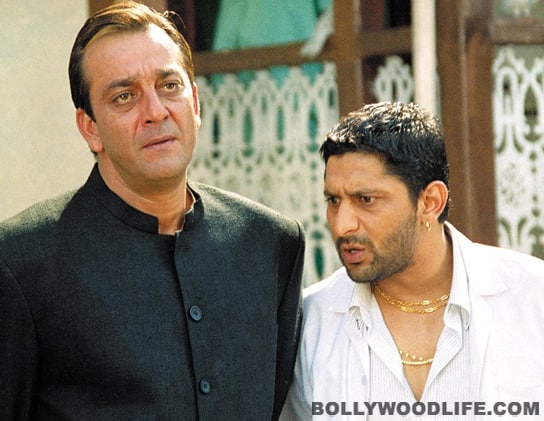 There have been speculations galore about the sequel of the now-cult, Munna Bhai series. Fans were overjoyed when they first saw the teaser of Munna Bhai Chale America but it was short-lived. It was being said that its similarity with Karan Johar’s Shahrukh Khan-Kajol-starrer, My Name Is Khan, was the main reason why it got shelved. When the rumour of Aamir Khan and Sharman Joshi replacing Sanjay Dutt and Arshad Warsi respectively was doing the rounds, the makers were scoffed at. Then there was buzz that Rajkumar Hirani will not be directing the sequel and there was more outrage expressed by one and all. Also Read - From Aamir Khan’s Akele Hum Akele Tum to Rupali Ganguly’s Sarabhai Vs Sarabhai: check out the Pakistani copies of these 9 Bollywood films and hit TV shows

We can now heave a sigh of relief as the makers have cleared the air about the remake during the screening of Munna Bhai MBBS during the Vidhu Vinod Chopra film retrospective. Chopra said, “The only constant will be Munna and Circuit. The film should release much before 2014.” Confirming that Munna Bhai Chale Amreeka has been scrapped, Hirani said, “There will be another story first. We may use some ideas from Chale America… or make that one later.” Also Read - OMG! Kareena Kapoor Khan reveals Taimur Ali Khan FIRED her for THIS reason – deets inside

While these announcements did relieve us to a large extent, we are not sure if any director other than Rajkumar Hirani will be able to do justice to a Munnabhai film. Do you agree? Also Read - Before Katrina Kaif and Vicky Kaushal, these 10 celebrity couples also had a winter wedding – view pics

Shahrukh Khan, Sanjay Dutt team up for an action flick