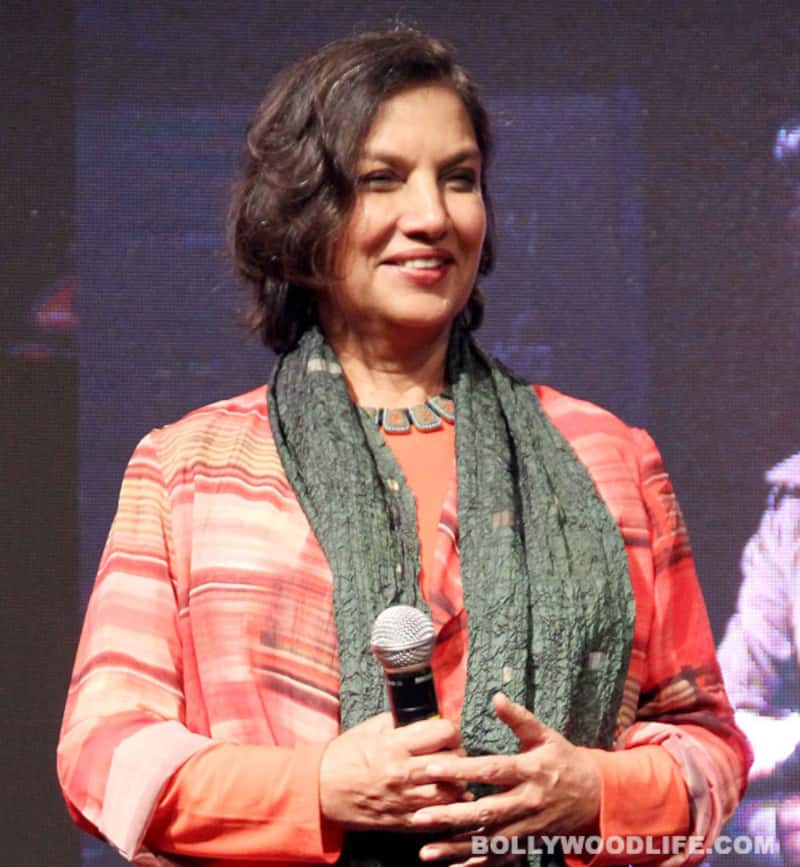 The veteran Bollywood actor, who will be seen on TV show 24, will be honoured at the first edition of the fest

Veteran actor Shabana Azmi will be felicitated at the inaugural Mumbai Women’s International Film Festival (MWIFF) 2013 starting in Mumbai on October 8. The week-long event, organised by Oculus Creations with the support of the Maharashtra Tourism Development Corporation (MTDC), aims to give women filmmakers an international platform to showcase their talent. Also Read - Kajol, Suriya, Reema Kagti join Shah Rukh Khan, Vidya Balan and more at the Oscar Academy this year [Deets Inside]

Shabana, who has featured in films like Ankur, Arth, Masoom and Fire, has been a testimony of woman power in the film industry, believes Ravi Hathalia, film co-ordinator of the fest. Also Read - Suhana Khan gets a lot of flak for her outfit; netizens call her Malaika Arora lite pro max

“The festival is honoured to have the support of Shabana Azmi, who is a prominent and noted actress of the industry, With her commendable acting skills, she has shown ‘the power of a woman'. Thus, she will uplift the value of the festival with her presence,” Hathalia said in a statement. Also Read - Suhana Khan avoids posing for shutterbugs; paparazzi says, ’Abhi kya tension hai, aapki movie aa rahi hai’, don’t miss her reaction

In its first edition, the fest received 459 films from over 70 nations, of which over 180 will be screened. Keeping in mind the theme, the gala will have a pink carpet opening ceremony. The best feature film will win a Fatma Begum Award, named on Fatma Begum, the country's first woman film director.