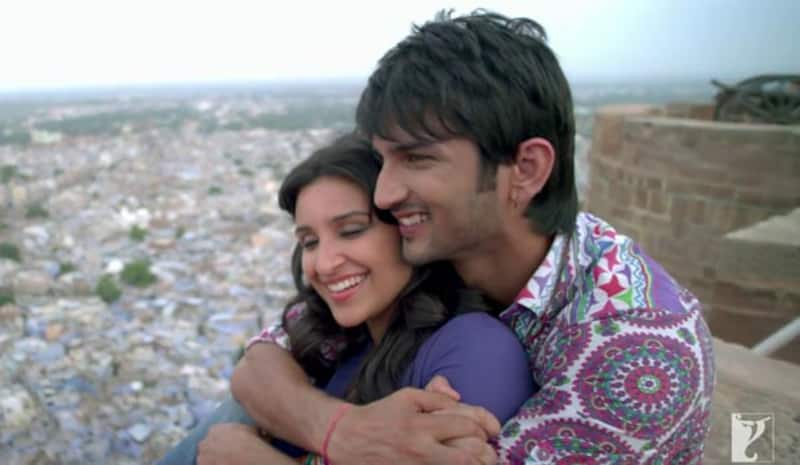 If you are in love or out of it, if you are in a relationship or not, if you are living-in with your partner or not, or even if you are roaming around with an ‘It’s complicated’ tag – don’t forget to watch director Maneesh Sharma’s amazingly clear portrayal of the conflicts and confusions of new age romance!

First things first – director Maneesh Sharma’s Shuddh Desi Romance (SDR) might be branded as a film revolving majorly around live-in relationships, but the fact remains that it is not just about that. The romantic drama is beautifully layered with various confusions and conflicts the young and restless GenNext faces (read creates) when it comes to love and commitment. Also Read - Dussehra 2022: Rhea Chakraborty holds brother Showik close as they attend Maha Navamai Aarti at Rani Mukerji's Durga Puja Pandal

The film portrays reality as it is – however complex it may be – without being judgemental. Neither does it glamorise live-in relationships nor does it look down upon the institution of marriage. Powered by supreme performances by Parineeti Chopra, Sushant Singh Rajput, Vaani Kapoor and the delightful Rishi Kapoor and complemented with the brilliant writing of Jaideep Sahani and Sharma’s pitch-perfect direction, Shuddh Desi Romance will keep you engaged and giggling throughout. Also Read - Alia Bhatt in Heart of Stone to Deepika Padukone in Pathaan: Bollywood heroines who will kick some b*tt in upcoming new action movies

When Raghuram aka Raghu (the dishy Sushant Singh Rajput) meets Gayatri (Parineeti Chopra) on his way to his own marriage, he doesn’t hesitate to express his true take on getting commited without even knowing the person. Sparks fly between the two. Raghu has no option but to stand in the mandap and tie the knot with a girl (Vaani Kapoor) he's not sure he can stay with for a lifetime. Also Read - Ghum Hai Kisikey Pyaar Meiin: THIS TV star rejected the lead role of Virat Chavan played by Neil Bhatt

Confused and apprehensive of the prospect of a life-long commitment, Raghu finds a workable excuse of relieving himself just when the beautiful bride Tara is about to put the mala on his shoulders. No need to say that he runs away from the marriage only to bump into Gayatri after a few days. Raghu explains his dilemma to Gayatri. “Tum ek sundar ladki ko dekh kar bhi bhag gaye, yeh nahi socha chalo usse acchi to kabhi koi nahi milegi. I like your honesty,” replies Gayatri. That’s when Raghu confesses his love to Gayatri and the two soon start living together.

Love blooms between the two and they decide to exchange vows. But funnily, Raghu starts feeling jittery once again on the D-day. Hardly has he made up his mind to stay with Gayatri forever, he discovers to his utter horror that she has run away! Dejected and ditched, Raghu gets back to his normal life. But the curious twist of fate makes him run into Tara again and he starts falling for the girl he once walked out on. The two start seeing each other and Raghu is ready to propose to Tara. Has the commitment of marriage outweighed the freedom of a live-in relationship?

Now based on that narration, if you think that the movie is your clichéd romantic love triangle where the protagonists understand the value of true love and the significance of sacrifices and all that jazz, you are highly mistaken! The quirky dialogues, the real characters in real situations battling with dichotomies our youngistan faces when it comes to the matters of heart, make this movie fun to watch.

In today’s times when the lines between love and lust are blurring rapidly, SDR holds a mirror to the love-stricken, confused souls who want the benefits of being in a relationship without carrying the burden of the responsibilities that inadvertently come along – in a hatke and relentlessly humorous style. The film also reveals the hypocrisy where we love sex but don’t admit that we do.

As for the performances, Parineeti has yet again delivered a commendable performance with her inherent effortlessness. Her outwardly liberal, cigarette-smoking and yet normal girl-next-door love-seeking character is the true soul of the film. Sushant has proved yet again that he has true potential and we would definitely like to see him more often. The dude displays the quirky, the naughty and romantic sides of his character very convincingly. Newbie Vaani too has delivered a noteworthy performance. Veteran Rishi Kapoor reminded us once again why he is called the most underrated actor of Indian cinema with his supreme performance.

In a nutshell, Shuddh Desi Romance is a cinematic delight that’s very difficult to explain and should better be consumed with patience and an open mind. Those who are stuck in the Dilwale Dulhania Le Jayenge kind of idealistic romance or looking for a mushy picture-perfect ending may not quite like this unconventional tale. But for those who are keen to see the evolving face of our very own and highly complex shuddh desi romance – as it is and absolutely unadulterated – cannot afford to miss this one!