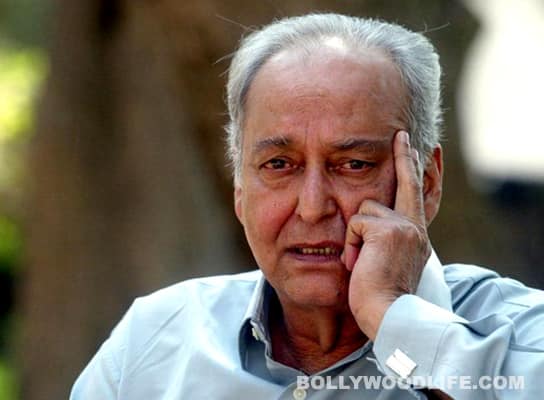 Also Read - Before Oscars 2022, check out AR Rahman, Gulzar, Satyajit Ray and more Indians who have been Academy Award Winners

Veteran Bengali actor Soumitra Chatterjee, 77, said it was an "emotional moment" for him to be named for the Dadasaheb Phalke award - the highest honour in Indian cinema - and he would receive it on behalf of the doyens of the Bengali movie industry whose guidance helped him evolve as an actor. "I am very happy. It is an emotional moment for me. I thank everybody. It is a recognition of the hard work I have put in for the last 53 years. The people of my country have recognised my toil," said Chatterjee. Also Read - Trending OTT News Today: Prakash Raj's character in Jai Bhim stirs up controversy, Money Heist season 5 part 2 trailer promises a ripping finale and more

The Padama Bhushan awardee expressed his gratitude to directors like Satyajit Ray and Tapan Sinha and veteran actors like Chabi Biswas and Tulsi Chakraborty for honing his acting skills. "I would like to thank many old people of this industry like (legendary movie directors) Satyajit Ray and Tapanda," he said. "Right now my mind is on a flashback mode. I would thank actors like Chabi Biswas and Tulsi Chakraborty. It would have been great if I could have handed the award to them. It is on their behalf that I will receive the honour," he said. Chatterjee regretted that the sublime work of actors like Biswas and Chakraborty went unrewarded. Also Read - Trending South News Today: Samantha Ruth Prabhu and Naga Chaitanya's mutual friends distance themselves from the ex-couple, Prashant Neel leaves Prabhas fans in confusion over Salaar and more

One of India's most talented actors, Chatterjee made his debut in 1959 with Ray's super-hit movie Apur Sansar. The film gave him the much needed platform, and he never had to look back. He soon became Ray's favourite, and played the lead roles in most of the movie maker's classics including Sonar Kella, Charulata, and Ghare Baire. Chatterjee's association with Ray is often compared with the chemistry between famous actor-director duos of the world such as Akira Kurosowa-Toshiro Mifune and Marcello Mastroianni-Federico Fellini. Apart from Ray, Chatterjee has worked with all internationally acclaimed directors of his time, including Mrinal Sen, Tapan Sinha, Aparna Sen, Goutam Ghose, Rituparno Ghosh and Tarun Majumdar. Some of his notable movies are Jhinder Bandi, Koni, Kaapurush, Akash Kusum, Aranyer Din Ratri, Joy Baba Felunath, Teen Bhubaner Pare, Ganashatru and Sakah Prashakha.

Besides films, Chatterjee is also known for his passion for the stage where he has both acted and directed plays. He is also one of the all-time best elocutionists of Bengal. He has also received 'The Officier des Arts et Metiers', the highest award for arts from France, and a lifetime achievement award from Italy.