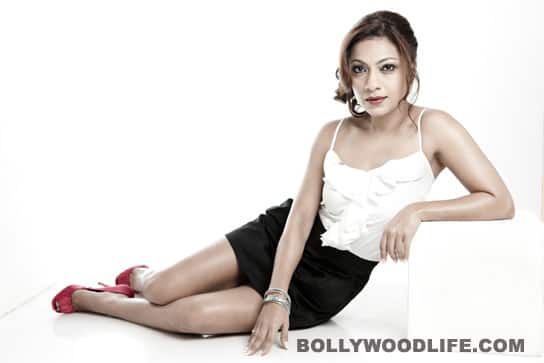 She is a part of the other pair in Bade Acche Lagte Hain that we love – Vikram (Jai Kalra) and Neha (Tarana). She lights up the screen - or, in her case, even the radio waves – with her vivacious personality. She is an RJ, a film and television actor, a host, compere, dancer...what have you. Multitalented Tarana Raja talks to BollywoodLife about her success mantra, her zest for life, her passion for her work and, of course, Bade Acche Lagte Hain.... Also Read - Ram Kapoor looks unrecognizable in this throwback honeymoon pic shared by wife Gautami; filmmaker Milap Zaveri asks, 'How HOT is Ram?'

The show is just fantastic! People like watching it and we love doing it because from day one the cast has just gelled together. I don’t know how, because none of us has worked together in the past. Of course, I knew of Ram and Sakshi and they did know me too. But Jai - I had never met him ever! We just hit it off. The first time we all met was at a creative meeting to discuss our characters. As usual, the meeting started late and we had two hours of bonding to do. Everybody just started talking and realised it was a fun bunch of people. Plus, we’ve all taken on the show because we believed that it’s different and real.... We try. Sometimes it goes a bit crazy but it’s a TRP-driven game. You don’t really want it to be a niche, an ‘only some people in the building watch it’ kinda show. We want the numbers, so we try to keep it as real as possible and that’s the balance we’re trying to maintain. Also Read - Trending TV news Today: Karan Mehra-Nisha Rawal controversy gets murkier, Sonu Nigam slams Indian Idol 12 makers, Divyanka Tripathi-Karan Patel reunion and more

How would you have dealt with a husband like Ram Kapoor in Bade Acche Lagte Hain, in real life?

I would also probably have fallen in love with him. Because Priya is a very mature, sensible woman who didn’t get swept off her feet. She actually disliked Ram initially, then as she got to know him better, she realised that they are very similar people where it matters – they are both family-oriented, very grounded, self-righteous, principled – which is why it has taken them so long to fall in love. Because they married as a compromise and decided that they had to tolerate each other. Then it became ‘we like hanging out together’, to ‘I think I kinda like him’ to ‘I love him’. It’s a healthy growth.

What is your take on the kissing scene controversy?

I think it’s very sweet that people get scandalised so easily (sarcastically). But I feel viewers are much more open than producers give them credit for. Ekta (Kapoor) felt that it wouldn't look real if we didn’t show Ram and Priya kissing. The days of showing two flowers kissing symbolically are gone. Also, the show is aired 10.30pm. So audiences are mature enough for it. And even if children see it, it’s okay. It’s only when parents make a brouhaha about it that kids feel there’s something objectionable.

Do you as actors have any contribution to the writing of the show?

The creative heads will come up with a story and an idea of where the show’s gonna go. They brief us on where the story is by and large heading, with no indication of how and when. Screenplays are sometimes shared with us, which help us in understanding what the scene is meant to do. When the dialogues come, we have the freedom to make them our own – which means we will read, but we won’t mug up the lines; we say them in our own words.

It sure looks like that. The show comes across as very natural and that’s what makes it different....

Yeah, you can tell we’re improvising. All of us do it! We have the freedom to do so. They don’t object as long as the intent is portrayed. Honestly, writers come and go, but the actor has stuck to that role. So I know my character Neha better than any new writer who walks in. I will know the history of what Neha can say and cannot say based on her character.