Who doesn't know Jaya Prada! The yesteryear Bollywood actress, who bagged Filmfare Awards South and also starred in movies of various languages is all set to make her debut on the small screen. Yes, you read it right. The actress will be seen in & TV's upcoming show, Perfect Pati. As per sources, this daily soap will be not only entertaining but also filled with fun and drama like no other show. However, going by the promo, we can guess that Jaya will be searching for the perfect bride for her son, played by Ayush Anand. Marathi actress, Sayali Sanjeev, will play the female lead in the show. The crew is currently shooting in Jodhpur and we have got hold of an exclusive still from the sets. And this picture will surely remind you of an iconic movie. Also Read - 'If you don't give in now, your career will be finished,' Perfect Pati actor Ayush Anand on facing sexual misconduct

The still of Jaya Prada with Ayush will remind you of the iconic Shah Rukh Khan movie, Kabhi Khushi Kabhie Gham. Do you remember the sequence of the song, Kabhi Khushi Kabhie Gham, where everybody reunites and Shah Rukh hugs Jaya Bachchan? Well, this click is exactly like that. Dressed in a golden zari saree, Jaya looks breathtaking and the mother-son bond is so striking. Some sources say that the cast and the crew of the show are mesmerised by the charm and humility that the actress possesses.

Jaya Prada honoured with a Doctorate in Arts and Culture - view pics! 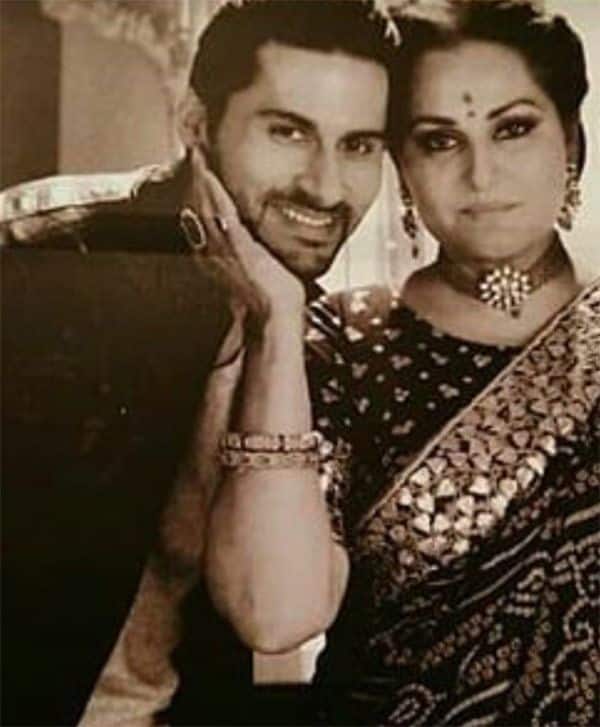 With the pics and videos that went viral, we can gauge that the show will be set in Rajasthan. It will surely be a treat to watch this unique show with such an amazing star cast.