Salman Khan will be next seen in Bharat

Salman Khan is always considered to be a family man. The 52-year old actor shares a great bond with his parents and we have witnessed that in many public events. Salman recently shared some pictures and videos with her mother Salma, which went viral in no time. Earlier, he had posted an old pic of his father and captioned it, "My daddy the hamsommest !" Also Read - Happy Birthday, Disha Patani: 5 FACTS about the Malang actress that will blow your mind 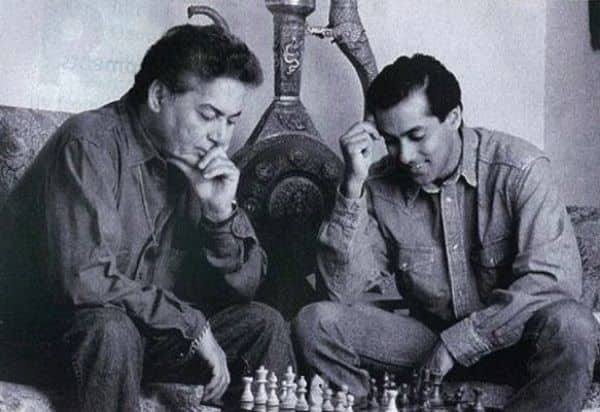 To make Salman Khan fans even more nostalgic, we have found this gem of a picture, where a young Salman Khan is seen enjoying a game of chess with papa, Salim Khan. While the father is thinking about his next move in the game, the actor already seems to have decided his and is all smiles. Well, we must say this pic is a treat for Salman Khan fans. In the past, the actor has gone on record and said that his father is a pillar of strength of him and always motivates him to work harder and with utmost dedication.

On the professional front, Salman Khan recently came back to India, after finishing his Malta schedule for Bharat. Talking about the film, it is the official remake of a Korean film titled, An Ode To My Father. The film has been directed by Sultan and Tiger Zinda Hai director, Ali Abbas Zafar and features Katrina Kaif, Disha Patani, Sunil Grover and Nora Fatehi in pivotal roles. Produced by Salman's brother-in-law, Atul Agnihotri, Bharat is set to hit the screens during the Eid weekend in 2019.