Tom Holland: I don't even know if Spider-Man will be meeting Captain America in 'Avengers: Infinity War'

After making its much loved debut into Marvel Cinematic Universe, world's most loved superhero, your friendly neighbourhood Spider-Man is all set to save the day in his first solo outing in MCU, titled Spider-Man: Homecoming. And unlike his previous five solo outings, this time he has MCU's poster boy, the genius, philanthropist, playboy Iron Man/Tony Stark. While the film is up for a July 7, 2017 release, I caught up with Spider-Man, Tom Holland and his best friend in the film and co-actor, Jacob Batalon, earlier and we discussed everything from Spider-Man's tight costumes, working alongside legends like Michael Keaton and Robert Downey Jr. to his role in MCU's biggest film to date - Avengers: Infinity War. Also Read - Hollywood News Weekly Rewind: BTS' Jungkook creates a new record, Britney Spears reveals she can't have kids and more

Is it true that due to the costume you had to control your bladder? Also Read - Thanos creator Jim Starlin thought Avengers: Infinity War would be 'piece of sh*t' like Justice League – here's why

Tom: (laughs) I told my mom, I had a really long day, I didn't go to the toilet for eleven hours. And then next day on sets, the producers were like, 'Hey Tom, how are your kidneys?' I was like, 'What do you mean how are my kidneys?' They were like, 'We had a phone call with your mom and she's worried about your kidneys, you didn't go the toilet yesterday and apparently it's dangerous to your kidneys.' But eventually they scheduled frequent toilet breaks for me after that day. 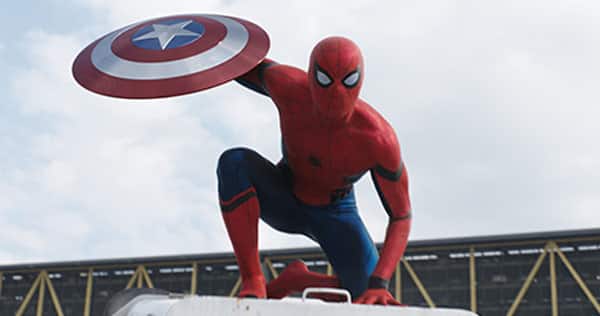 In Captain America: Civil War you were told by Tony Stark to be by his side and that Captain America is on the wrong side. Presumably your ideologies are similar to what Tony Stark thinks. So how is your equation with Cap going to be when you meet him in Avengers: Infinity War?

Tom: You know what, I don't really know. I also don't know how much Iron Man told Spider-Man about the Civil War fight. I think he just sort of told him to come along and help out. I don't know if he was pre-empting to have such a sort of vicious fight as they did in the airport. And with Avengers I don't know the story line. So I don't even know if I'll be meeting Captain America in Avengers (Infinity War)...There are so many of us, so you have to wait and see...I am waiting to see. I really have no idea what the plan is. Also read: Spider-Man: Homecoming review: Tom Holland is the best spidey to appear on screen, agree international critics 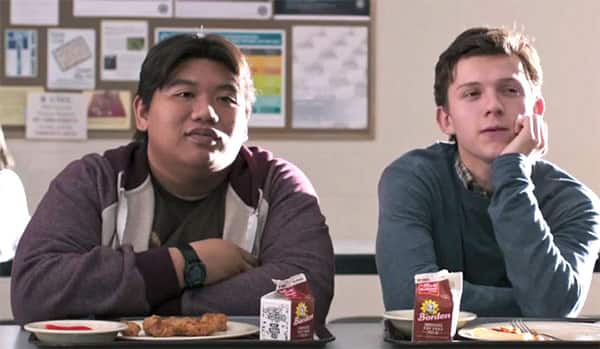 Tobey Maguire's Spider-Man trilogy had Harry as Peter's best friend, who becomes his nemesis towards the third part. What if a similar thing happens with Ned? Which superhero or super villain you would want to be, to take on Spider-Man?

Jacob: Man, that's a super tough one, I never thought about fighting Spider-Man because I've been so busy trying to be his buddy, his sidekick. But, I think honestly I don't know who I'd choose. I think I'd be Black Widow, just because she's really pretty. (laughs) You know there is a really cool villain, Venom?

Jacob: You see, that will be really cool!

I read somewhere that you said you want to be Batman as well as James Bond 007...

Tom: (Interrupts) I want to be Batman? Blasphemy!

Jacob: (Laughs) Is that true?

Tom: I never said I want to be Batman. Harrison (his best friend as well as crew of Spider-Man: Homecoming), his favourite superhero is Batman and I think he would never talk to me ever again, if I play Batman, so no I won't be playing Batman.

Jacob: That is so funny.

Tom: If Harrison was Batman, I definitely would be his Robin. In the footage that was shown to a few of us, Michael Keaton's character is shown to be a nice guy, a family man suppressed by Tony Stark's damage control team. So as an audience I couldn't help but sympathise with his character. So what are your thoughts if the audience, after the movie releases, actually be on Vulture's side rather than Spider-Man's?

Tom: Yeah, actually it's interesting because if a regular kid can become a superhero then a regular man should be up to become a supervillain. One thing that makes Michael Keaton's version of Adrian Toomes so scary is that he is just a regular bloke who really doesn't like what's happening in the society, so he's really just standing up for himself. So it really feels like the most grounded version of a superhero movie without losing the superhero at stake, which fans will really be interested to see. Also read: Spider-Man's tribute to Shah Rukh Khan will drive away your Monday blues - Watch video

When you realised that MCU's biggest superhero, Iron Man will be your second fiddle in the movie, what was your reaction to that?

Tom: You know I remember talking to John Watts about the original plot of the movie which was so different. There was a scene where Spider-Man got drunk, there was a scene where Peter Parker was employed to be a tech guy for Vulture and ended up getting drunk with him and had to go to school and then kicked out of it for being idiot. I am glad they never made that movie. But I think that's what when they first pitched the idea of Robert being in the movie. And I think as soon as they asked him to be in it, he was ready to go. (To Jacob) "How did you find out about being in the movie?

Jacob: I basically just got a call from my manager out of the blue. The casting director told me she was gonna let me know within two weeks of my audition. Two-and-half months went by and then I got a call out of nowhere because I thought everything was done. And right after film school I got into the film and you know ever since it has been crazy as heck. It wasn't as bad as learning from Instagram (Tom learned via instagram). It's one thing to audition for best friend but to audition for Spider-Man and find out not even from your manager but Instagram...That's like kind of harsh but you know it's great that you are through. Also read: Tiger Shroff on voicing Spider-Man in Hindi: I can't express enough my excitement

In India, probably the biggest superhero is Spider-Man, especially Tobey Maguire's. So much so, that fans compare Andrew Garfield's Spider-Man to Tobey's. So people are going to compare you with Tobey Maguire's version. Are you prepared for that?

Tom: My version is definitely very different from the two previous Spider-Man. I think my sits in the middle. Andrew's was cool but a little bit of loner, Tobey's was more geeky and dorky. I think my version really does find its place in the middle. All I can hope is that the fans can watch it and appreciate both his (Tobey's) and my version but hopefully I can do Spider-Man proud and they want to keep seeing me as Spider-Man.

Are you aware of any superheroes apart from those in Hollywood?

Tom: I really like black cat from the Spider-Man comics. Do you mean like in the comics?

Not comics...the ones with their own movies in other industries like Bollywood, Chinese films, Russian films. Any superhero that you are aware of?

Tom: I see what you mean. Not really, I am not too familiar. I am sorry.

Jacob: No I haven't heard of any superheroes. Are there?

There actually are quite a few superheroes in India.

Tom: Krrish, what does Krrish do?

He hops around, he jumps!

Then there is G.One, who is basically like Iron Man, as he possess an arc reactor device, but he is a video game character. Stan Lee said he is done with cameos and would want to star in his own film. So what do you both think can be the name of his film?

Tom: What they really need to do is make a movie about Stan Lee. If you think about what that man has created. If you really think about the amount of comics, characters, the amount of huge money that he has generated from these comics. I can't quite believe that they haven't made a movie about Stan Lee. And no one can play Stan Lee. You have to get Stan to play Stan Lee. That's a f*#cking great idea. Let's make a Stan Lee movie.

Jacob: You know what's so funny, Michael Keaton can be a great Stan Lee.

Tom: Yeah, but you need to do it, when he made the first comic.

Jacob: It could be different people throughout the years.

Tom: It should be. And the final one will be like a cameo in his own movie (laughs).