Akshay will be next seen in 2.0

The Khiladi of Bollywood Akshay Kumar is considered as one of the busiest actors in B-Town with around 3 to 4 releases every year. Like Dilip Kumar (Yusuf Khan), Bobby Deol (Vijay Singh Deol), Sunny Deol (Ajay Singh Deol) and Sanjeev Kumar (Haribhai Zariwala), even Akshay Kumar changed his name from Rajiv Bhatia to try his luck with a new name. But do you have any idea why he chose this name? 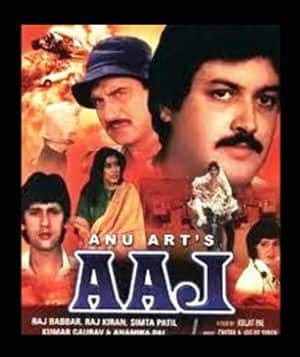 Well, there's an interesting story behind it. The actor had a 15-second role in Mahesh Bhatt's 1987 film Aaj, where he portrayed the character of a Karate instructor. The multi-starrer venture featured Raj Babbar, Smita Patil, Raj Kiran and Kumar Gaurav. Apparently, the character name of Kumar Gaurav was Akshay and from that film, our hit machine Khiladi Kumar decided to keep it as his onscreen name. Well, we must say, this decision has turned out to be a game-changer for the superstar.

Rajinikanth and Akshay Kumar's 2.0 teaser to be out on September 13 on the auspicious occasion of Ganesh Chaturthi

On the professional front, Akshay Kumar will be next seen in Rajinikanth starrer 2.0, which is set to hit the screens on November 29. Post that, he will be seen in Kesari. Talking about the film, it is based on the Battle of Saragarhi that took place between the Sikh soldiers of the British Indian Army and the Pashtun Orakzai tribesmen in 1897. Directed by Anurag Singh, the film also features Parineeti Chopra in a key role. Kesari is all set to release during Holi in 2019. The actor is currently shooting for Housefull 4 along with Bobby Deol and Riteish Deshmukh. Directed by Sajid Khan, the comedy caper will hit the screens in Diwali 2019.