Why is Esha Deol's engagement a big secret? 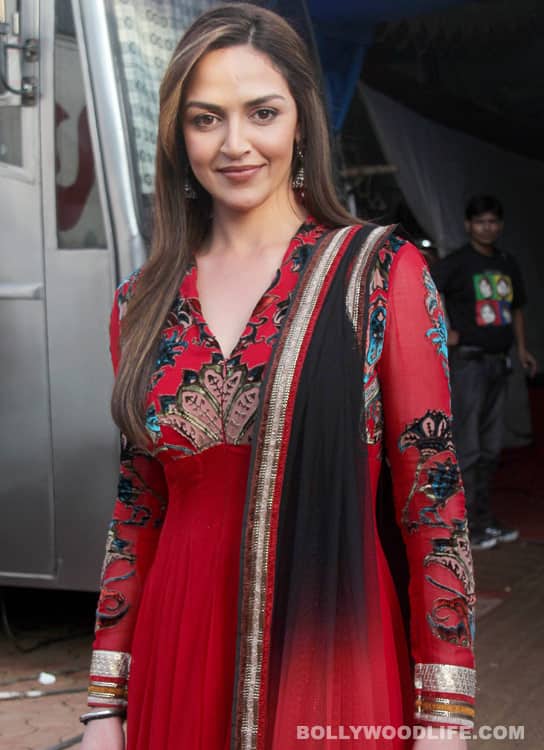 After promising that her sagaai would be a grand affair, Hema Malini's elder daughter now wants to keep her ring-exchange ceremony with businessman Bharat Takhtani a private celebration

Esha Deol is getting engaged to Bandra-based businessman Bharat Takhtani this Sunday, just a couple of days before Valentine’s Day. We did tell you that the Dhoom gal would get engaged soon after the releases of her comeback vehicle, Tell Me O Kkhuda.Though the film did not do well at the BO, Esha now has a happy event to look forward to. After knowing Bharat Takhtani for more than a year now, Esha will get engaged to him at her Juhu residence. Esha has been labeling her relationship with Bharat as just being 'good friends' and gave diplomatic answers when quizzed about it. In the past, the gal has been linked with actor Aftab Shivdasani, but the relationship did not work out, allegedly because mommy dearest Hema Malini did not give her approval to the love equation. Also Read - Taapsee Pannu, Parineeti Chopra and more celebs – Check out who's vacationing and where – view pics

Now that Esha has found a suitable man for herself in Bharat, will the 28-year-old actor have a grand celebration, as promised? “My engagement would be a grand affair. Why would I be hiding it from the world? It will be a proud moment for me,” said Esha some time ago in an interview to a daily, but we learn now that the ceremony will be a very private affair, with all the arrangements being made in a huge hurry. Does papaji Dharmendra approve of this young man for his beloved beti? We have been hearing for years that he wanted his daughters to be happily married when they are young, but he did have certain requirements for a son-in-law. Since Esha's film career is a no-go, more or less, will everyone be happy with her as a Mrs instead? Even as we ask these questions, we congratulate the beautiful actor on her engagement and wish the couple a great life ahead! Also Read - Aftab Shivdasani is in Southampton to watch India take on New Zealand in the WTC Final – watch video