Jennifer Lopez and Ben Affleck's wedding, HBO confirms Jennie Kim's casting in The Idol, Dhanush's The Gray Man co-star praises him, and more; here are all the trending Hollywood news of the day... 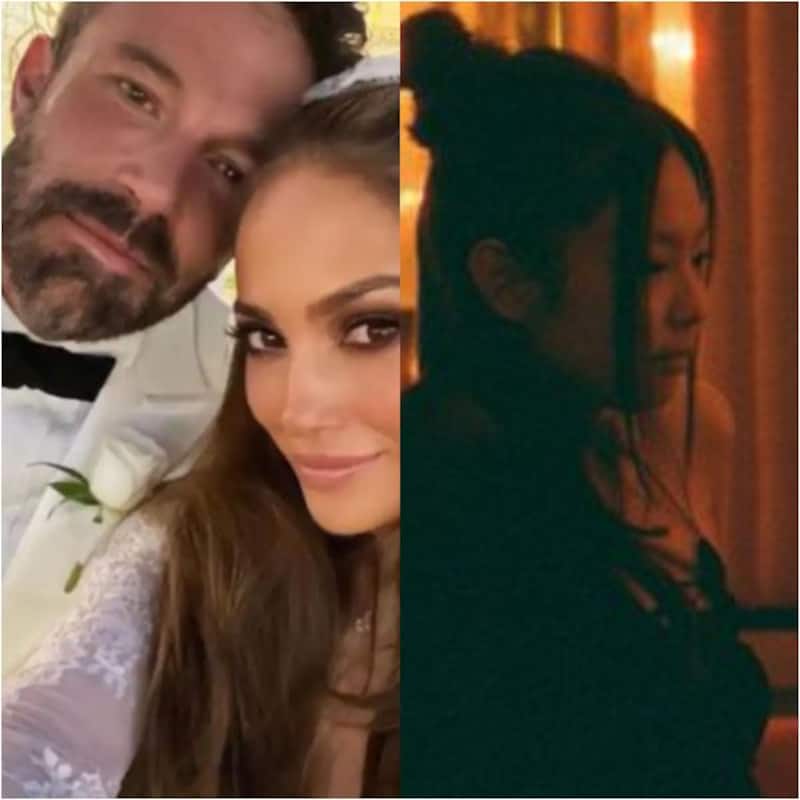 From Jennifer Lopez and Ben Affleck’s wedding to Blackpink’s Jennie Kim’s casting in The Idol to Rege Jean Page praising his The Gray Man co-star Dhanush; many Hollywood celebs and films made it to the headlines today. You might have missed some important updates about your favourite star or his/her film. But, don’t worry as we are here with the round-up of what all happened in the international entertainment industry today. Below is the list of trending Hollywood news… Also Read - Bigg Boss 16: Sona Mohapatra again takes a dig at makers for roping in Sajid Khan; questions how tainted men are making a comeback on Navratri

Jennifer Lopez and Ben Affleck take their relationship to the next level; get married in a drive-through chapel in Las Vegas
This morning, we all woke up with the amazing news of Jennifer Lopez and Ben Affleck’s wedding. The couple was in a relationship for the past many years and finally tied the knot. This is JLo’s fourth marriage, and Ben’s second. The fans of the couple are showering love on them on social media.
Read Full Story Here: https://www.bollywoodlife.com/hollywood/jennifer-lopez-and-ben-affleck-take-their-relationship-to-the-next-level-get-married-in-a-drive-through-chapel-in-las-vegas-entertainment-news-2131213/ Also Read - Bigg Boss 16: Sumbul Touqeer Khan's outburst over food fails to impress; netizens says, 'Har baar dusron ke matter main footage leni hai bas' [Read Tweets]

The Idol: HBO officially confirms Blackpink star Jennie Kim is a part of the Weeknd's show
Blackpink star Jennie Kim is all set to make her acting debut with HBO’s The Idol. Recently, the channel confirmed her casting and took to Twitter to make an announcement about it. Jennie’s fans are super excited about it.
Read Full Story Here: https://www.bollywoodlife.com/hollywood/the-idol-hbo-shares-pic-of-blackpink-star-jennie-kim-officially-confirming-that-shes-a-part-of-the-cast-of-the-weeknds-show-entertainment-news-2132068/ Also Read - Trending TV News: Bigg Boss 16 contestants fight over ration, Kashmera Shah defends tweet for Sajid Khan, Imlie star Fahmaan Khan in movies and more

RRR for Oscars 2023: Ram Charan-Jr NTR's movie a frontrunner in Best International Feature Film category?
Every year a movie from India is sent to Oscars and it looks like for Oscar 2023 RRR can be the choice. The movie is getting a lot of praise internationally and Hollywood portal IndieWire has reported that RRR could win an Oscar in 2023.
Read Full Story Here: https://www.bollywoodlife.com/south-gossip/rrr-ram-charan-jr-ntrs-movie-a-front-runner-for-best-international-feature-film-heres-what-we-know-entertainment-news-2131726/

BTS ARMY wants RM to collaborate with THESE 5 female pop stars ASAP
BTS leader RM is working on his third album and ARMY wants him to collaborate with some female pop stars. In the list, there’s Jessi, Megan Thee Stallion, and others.
Read Full Story Here: https://www.bollywoodlife.com/photos/bts-army-wants-rm-to-collaborate-with-these-5-female-pop-stars-asap-entertainment-news-2131812/

Rege Jean Page praises his The Gray Man co-star Dhanush
Dhanush has made his Hollywood debut with The Gray Man which also stars Rege Jean Page in a pivotal role. Recently, in an interview with Collider, Page praised Dhanush and stated, "If Batman was twice as bad***, then he might get halfway to where Dhanush is in this film." The Gray Man was released in limited theatres last week, and it is slated to premiere on Netflix on 22nd July 2022.