After Will Smith-Chris Rock slapgate, now Mike Tyson grabs headlines for punching a co-passenger on a plane repeatedly

Mike Tyson, who will next be seen in Liger, has made it to the headlines for reportedly punching a co-passenger on a plane repeatedly. Read on to know more. 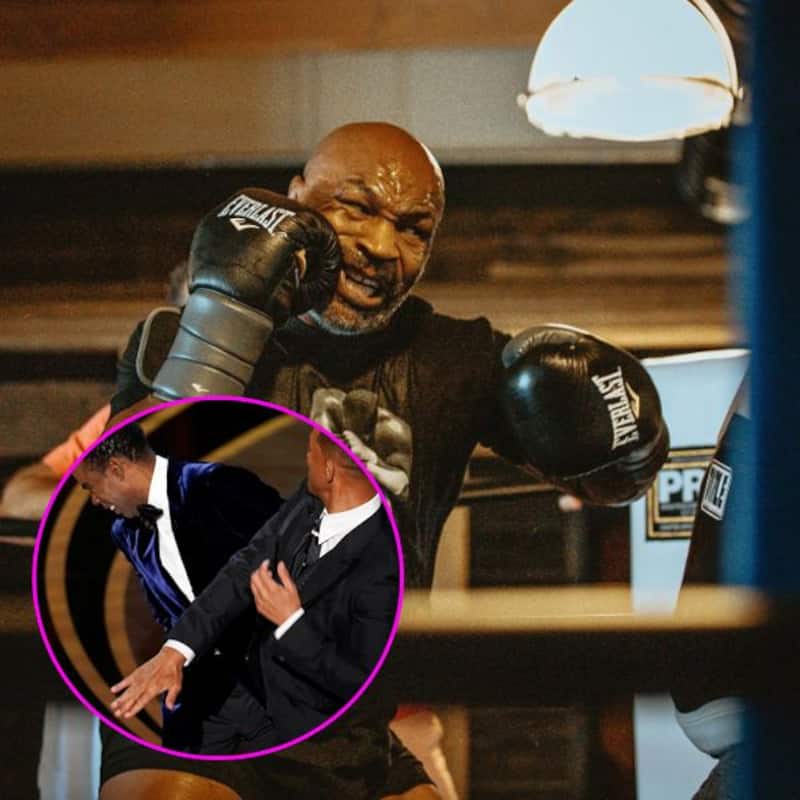 Last month, during Oscars 2022, Will Smith went on stage and slapped Chris Rock after the latter made fun of his wife, Jada Pinkett Smith’s health condition. Since then, the King Richard actor has been in the news for all the wrong reasons. However, now, one more international name has made it to the headlines for his violent behaviour. According to a report in TMZ TV, boxer Mike Tyson recently punched a co-passenger in a plane while he was traveling from San Francisco to Florida. Also Read - Sussanne Khan to Sushmita Sen: Celebs who got brutally trolled for the choice of their partners

Reportedly, the passenger was very excited to sit behind Tyson in the plane, and after taking a selfie with the boxing star, the fan kept trying to speak to him. This annoyed Tyson and he started punching the co-passenger repeatedly till he started bleeding. Also Read - Independence Day 2022: Shah Rukh Khan, Aamir Khan, Shammi Kapoor and more Bollywood superstars who were 'Change-Makers' for Indian tourism with THESE movies

BREAKING: Mike Tyson seemed to lose his cool on a #JetBlue flight on #Wednesday night.

TMZ reports states that the man assaulted was annoying #Tyson, took a selfie with him and kept trying to talk to the 55-year-old #fighter as he sat behind him.

Another Video- Mike Tyson seemed to lose his cool on a #JetBlue flight on #Wednesday night.

TMZ reports states that the man assaulted was annoying #Tyson, took a selfie with him and kept trying to talk to the 55-year-old #fighter as he sat behind him.
#miketyson #News #fighting pic.twitter.com/PL3yP5ADZs

TMZ TV has posted about it on their Instagram handle, and netizens have a lot of opinion on it. A netizen wrote, “I know Will Smith like thank you Mike for taking the media spot light off me lol.” Another reason wrote, “I don’t condone violence of any kind, but if you are told to chill, it’s best you chill.” One more netizen commented, “Crazy how he talking about rich people killing the poor… now Mike getting jammed up. Sounds kinda set up.” Also Read - Brahmastra beauty Mouni Roy amps up hotness metre in a short crop top made of shells; flaunts toned midriff in sensuous photoshoot

Meanwhile, Tyson is all set to make his Bollywood debut with the film Liger which stars Vijay Deverakonda and Ananya Panday in the lead roles. The movie is slated to release on 25th August 2022.

A few weeks ago, Vijay had spoken about getting punched by Tyson. He had said, “I got beaten by him. He connected a punch on my face which shook my brain, but I was standing and that gave me a lot of confidence. I was like ‘Tyson ne mara aur main khada hoon, now I can take anything in the world’. It was fun, it was a crazy experience. A lot of experiences with him I cannot share, but it’s a memory for life.”