Amber Heard and Johnny Depp's defamation trial has been making it to the headlines for the past few weeks, and recently Amul dedicated topical to it. Here's what netizens have to say about the topical... 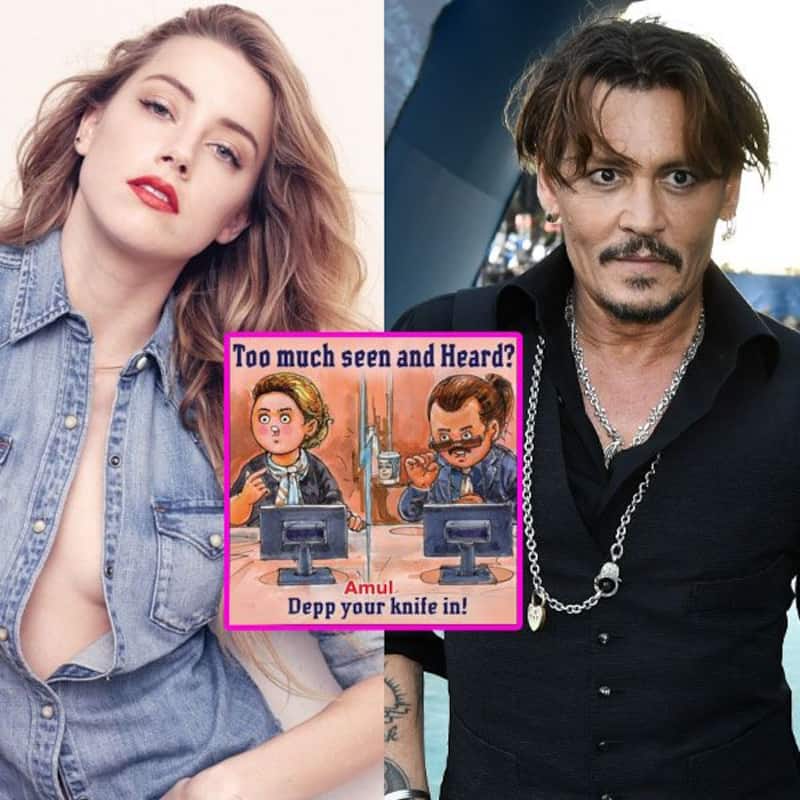 One of the most talked-about recent legal battles has to be between Amber Heard and Johnny Depp. The couple were in a relationship since 2012 and got married in 2015. But, in 2017, they got announced. However, both the actors have been in the news for the ongoing defamation trial. Well, a lot has been read and heard about the case, and a few videos of the trial have also been doing the rounds on social media. Recently, Amul’s new topical grabbed everyone’s attention. Also Read - Alia Bhatt OPENS UP about her life after marriage with Ranbir Kapoor, 'In Kapoors, everything is done together'

It’s about Amber and Johnny’s trial. On the Instagram handle of the brand, they posted, “#Amul Topical: High profile and highly publicised legal battle!” On the topical its written, “Too much seen and Heard? Amul Depp your knife in.” Also Read - Before the Uorfi Javed-Kashmera Shah controversy; Rubina Dilaik-Kavita Kaushik, Tejasswi Prakash-Shamita Shetty and THESE other TV actresses had ugly public spats

A post shared by Amul - The Taste of India (@amul_india)

While a few netizens are quite impressed with the topical, few feel that it was not required. A netizen wrote, “Someone needs to give this marketing team an award pls.” Another netizen commented, “This was not required I feel. Not everything in the name of topical.” One more netizen wrote, “Domestic violence is a crime and this is typical of the ignorance and apathy on this crime.......it's funny - until it happens to you.......” A lot of netizens, who are supporting Johnny Depp in the trial, and commented ‘#justiceforjohnnydepp’. Also Read - Resul Pookutty vs RRR: After Baahubali producer, Composer MM Keeravani reacts to 'gay love story' remark with a vulgar comment

Recently, Gina Deuters, the wife of Johnny’s long-time business partner and assistant, Stephen Deuters spoke about Amber in an interview with Page Six. She said, “I think there is a part of Amber that believes fighting is passion. It means there’s sparks, fireworks in the relationship. Amber is someone who is always used to getting what she wants. She is quite entitled and I think she made big demands in their divorce.”

“My husband called her a sociopathic show pony, and he certainly doesn’t regret it… Stephen, at the end, was quite literally the mediator… no one else wanted to deal with Amber, and Stephen would be the only person she could talk to,” she added.