Amber Heard, who is liable to pay Johnny Depp $8.3 million in damages as per the trial judgement, was seen shopping at a local store. Netizens called it a staged thing and brutally troll the Aquaman 2 actress, calling her a liar. 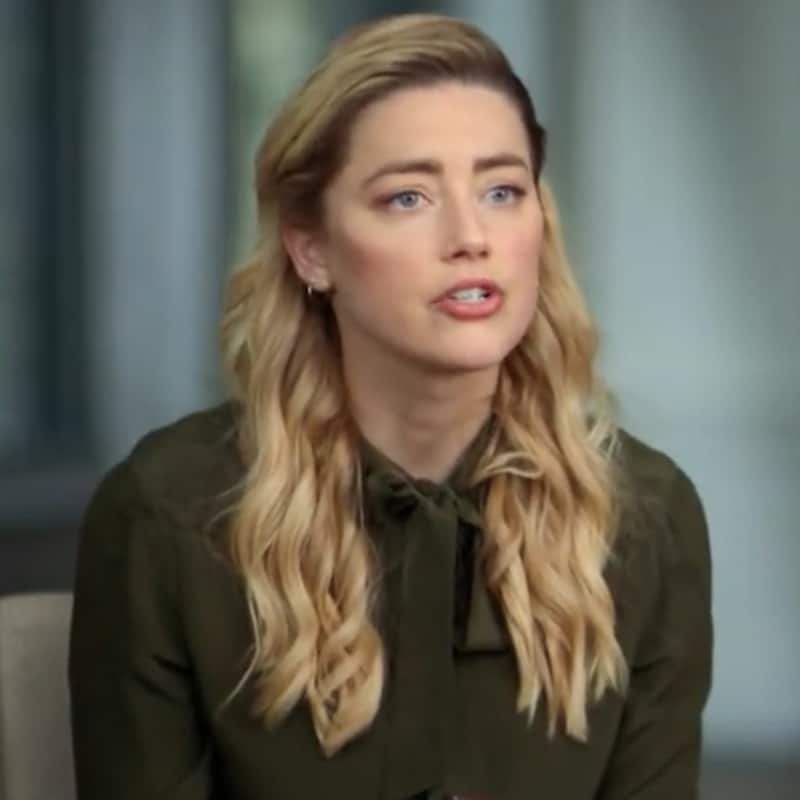 Amber Heard and Johnny Depp's trial was the most talked about thing in May and early June. After a battle of weeks, the trial came to an end with the jury at the Fairfax county courthouse favouring the testimonies of Johnny Depp to those over Amber Heard. And in the last couple of weeks, Amber Heard has been making news for various reasons. Just a couple of hours ago, the Aquaman 2 actress grabbed headlines for her video that surfaced online while shopping at a local store in New York. Also Read - Johnny Depp-Amber Heard's defamation case: Pirates of the Caribbean actor receives gifts from fans as he exits courtroom [WATCH VIDEO]

TMZ shared a video grab of Amber Heard shopping at TJ Maxx, a department store with her sister Whitney Henrique who had testified against Johnny Depp during the trial. The report in TMZ said that Amber and her sister were going to the racks and also had their trolleys full of clothes they were intending to buy. The video grab features Amber in an oversized white shirt and blue denim. Amber sensed the camera and the person recording stopped. In another video, Amber seems to be scouring the footwear section. She leaves when he senses the camera. Whitney is also captured in the camera. Also Read - Johnny Depp finally addresses Amber Heard’s abuse allegations but the Aquaman actress’ team isn't happy

Amber Heard got trolled for the videos calling it a PR stunt on her part and also said that she would have tipped them off. A lot of people called it staged. As y'all know, Amber Heard is liable to pay $8.3 million in damages after the jury verdict. Amber's lawyer reportedly said that she cannot afford to pay Johnny Depp, the amount. And hence, the video of her shopping at a local department store which (as per Wiki) has selling prices lesser than the other major similar stores, is getting flak. Amber is being labelled as a liar on Twitter and in fact, it is trending with other hashtags too. Check out the reactions here: Also Read - Amber Heard accuses Johnny Depp of PHYSICAL ABUSE; police finds no evidence!

Naaaaaaaah, I'm sure TMZ hangs around at maxx all the time waiting for celebs to pretend they're poor now a week after stepping off a private jet, maybe TMZ has an office at maxx that's probably it, yes. ???

I hope Johnny collects since she is STILL defaming him.

No more free clothes and shoes for Heard!?

Wonder whose bed it was this time??

Was she applying for a job???

Well they're not going to say "we was tipped off" are they.

Absolutely bollocks ! Another set up !! ?

Lately, Amber Heard grabbed headlines for sharing the confidential analysis of the therapy she underwent during her troubled marriage with the Pirates of the Caribbean star. She called the whole trial as a 'humiliating horrible thing.' She also alleged that Johnny Depp's lawyers distracted the jury from the real issues.