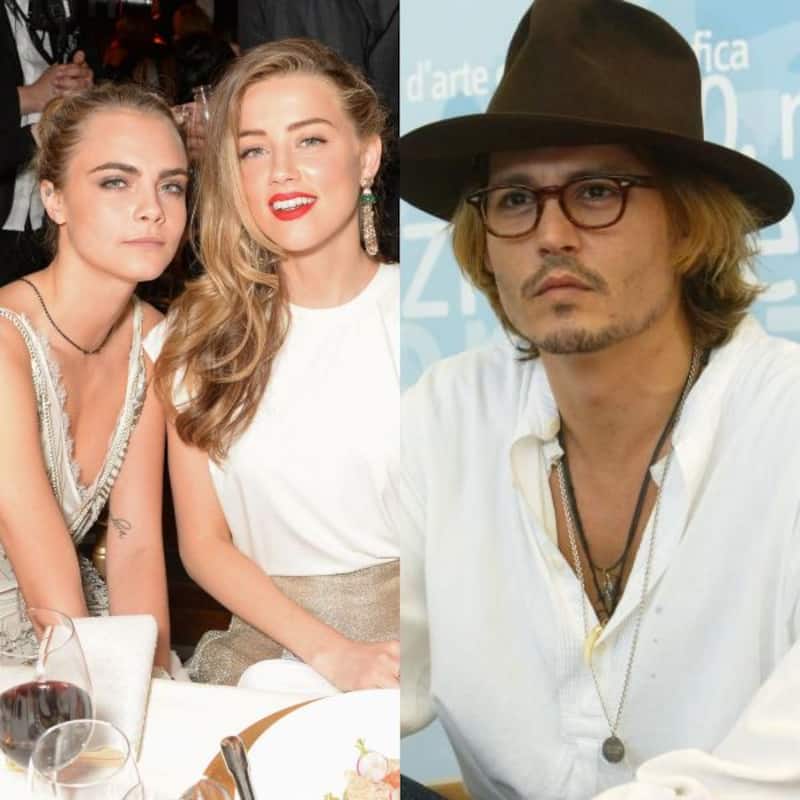 As Johnny Depp and Amber Heard's court case took one sordid turn after another, the latter emerged the villain with each passing day. While Johnny Depp’s image took a severe beating prior to court proceedings, right down to him losing out and even being fired from big Hollywood projects, his divorce battle with Amber Heard has been an eye-popping revelation, with most of the evidence and witnesses clearly pointing out to her being the aggressor, instigator and a downright vile human being. Also Read - Karan Johar reveals his first honest reaction after he learnt about Alia Bhatt's pregnancy

In fact, Johnny's account of being the actual victim of domestic violence had also been backed by other testimonies and audio proof. With more lies of Amber being exposed, support for Johnny burgeoned with each passing day both in and out of court, and if there were any doubts left the jury’s verdict on the final day of trial laid them to rest. As expected, the jury unanimously voted in favour of Johnny Depp and ordered Amber Heard to pay him $15 million as as compensation. Also Read - Trending TV News Today: Bigg Boss 16 contestants, Chhavi Mittal slams a troll, Pearl V Puri bags Ekta Kapoor's next and more

One of the most damning evidence against Amber Heard, which led to Johnny Depp's unanimous victory, was video evidence of her kissing Elon Musk and James Franco in the elevator of husband Johnny Depp's mansion, while she was married to him. Well, now more evidence has come after the trial is long over in the form of Amber kissing actress and model Cara Delevingne in the same elevator, which lends tremendous credence to Franco's claim that he was involved in a threesome with Amber and Cara, again, while the Aquaman actress was still married to Johnny. Check out the pics below: Also Read - Ghum Hai Kisikey Pyaar Meiin cast salary: Ayesha Singh, Neil Bhatt, Aishwarya Sharma and other actors' pay per episode will leave you in shock

Word is that the Pirates of the Caribbean superstar has well and truly moved on post his victory in the trial against Amber Heard. Recently, he took to the stage to perform with musician Jeff Beck at the Helsinki Blues Festival on Sunday, 20th June, in Finland, clearly indicating how he has put the court case behind him. It's also being said that now the actor is doing all in his power and influence to get his career well and truly back on track after the setback he faced and plum projects he lost courtesy the backlash emanating from his ex-wife's spurious, damning allegations. A source close to the actor told People magazine that the actor is now able to get back to what he loves doing as he enjoys performing and loves filming and has a busy summer ahead and that he just wants his career back.