Back in 2014, Angelina Jolie had apparently thought that Johnny Depp might be going through a midlife crisis and become enchanted by Amber Heard, who was nearly half his age. 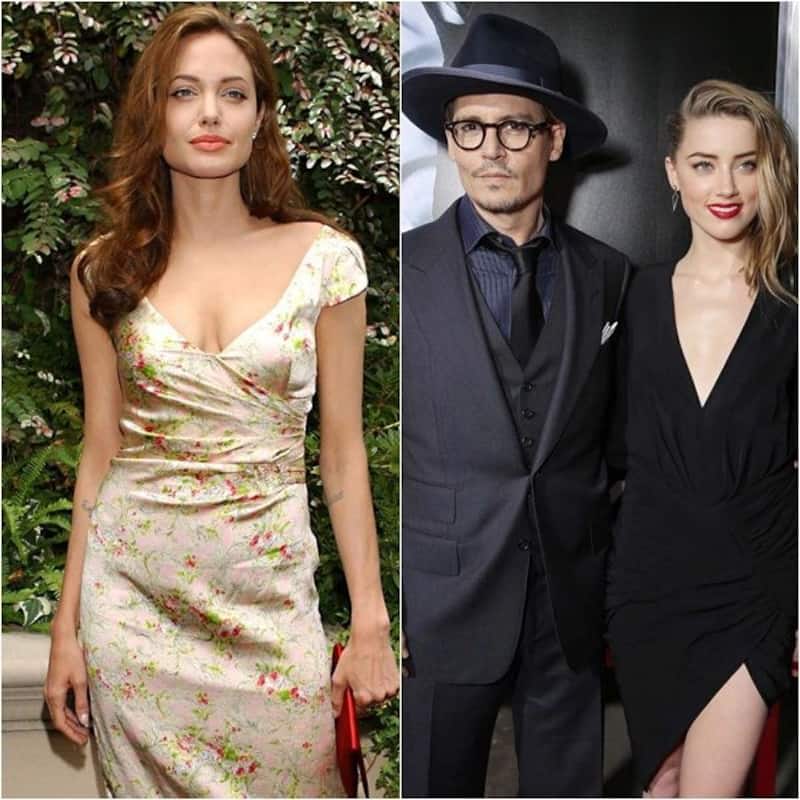 Johnny Depp and Amber Heard met while making the 2011 film The Rum Diary, and later wed in 2015. They broke up in May 2016, when Heard sought a domestic violence restraining order against him, accusing him of abusing her. Depp denied the claims, and the former couple settled their divorce out of court in August 2016. Before their marriage, Angelina Jolie had once warned Depp against marrying Heard and reportedly gave him some relationship advice. Also Read - Amber Heard files motion to dismiss defamation trial verdict; claims Johnny Depp has 'no evidence' – his lawyer's response will make you ROFL

According to a 2014 report in MVP Entertainment, Jolie had pleaded with Depp to get a prenuptial agreement before his wedding to Heard. She apparently thought that Depp might be going through a midlife crisis and become enchanted by Heard, who was nearly half his age. It was being said that Jolie wasn't fond of Heard, hence, she warned Depp soon after he confirmed his engagement to Heard. Also Read - Amber Heard being re-investigated as THIS old court case gets reopened weeks after she loses defamation trial against Johnny Depp

Meanwhile, Heard completed her testimony after four days on the witness stand, defending herself from accusations that she had faked her abuse claims against former husband Johnny Depp. Heard maintained her composure as Depp's attorney, Camille Vasquez, accused her of lying and suggested that she was the true abuser. Vasquez played audio recordings of arguments between the couple and read aloud love notes that Heard had written to Depp after the alleged assaults. Also Read - Hollywood News Weekly Recap: BTS’ Kim Taehyung’s Paris visit, Amber Heard to go bankrupt, Travis Barker hospitalised and more

Heard is defending herself from Depp's $50 million defamation suit. Depp's team alleges that Heard destroyed his career with false allegations of physical and sexual assault. Depp gave his own account of their relationship over the course of four days in April, and the outcome of the trial will hinge largely on which of the two the jury finds more credible. The trial is expected to wrap up on May 27, and then it will go to the jury for deliberation.