BLACKPINK: Fans of the K-pop band call out Jimmy Kimmel for calling them as 'kids'; Jisoo admirers annoyed as she had to miss the 2022 Seoul Drama Awards for Jimmy Kimmel's show 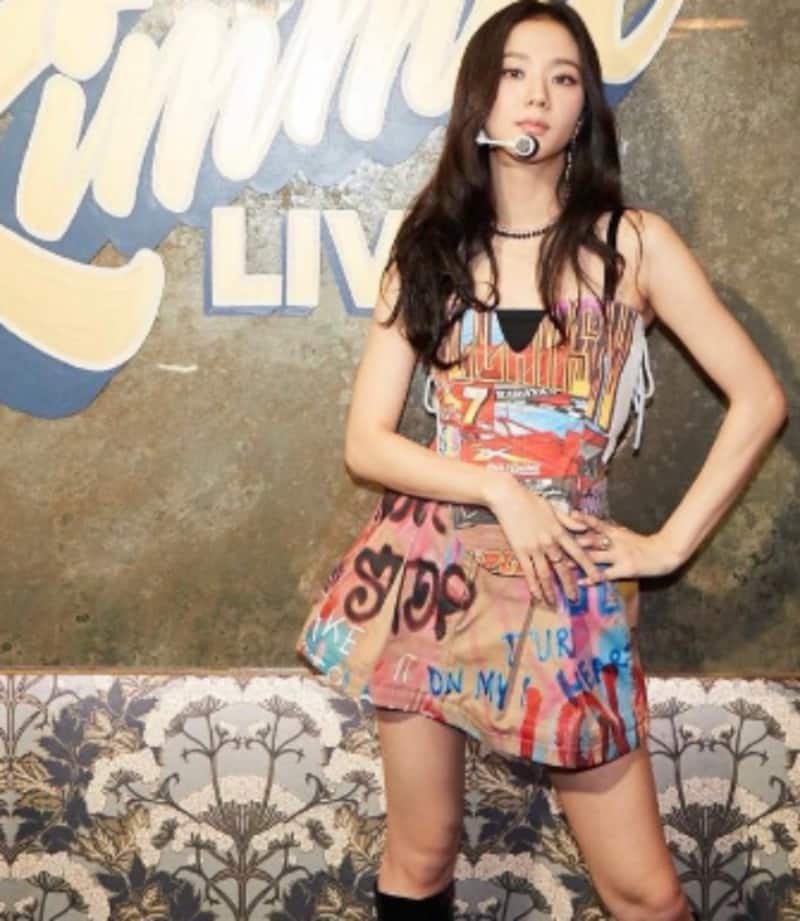 BLACKPINK members are now busy promoting their album Pink Venom. They are in the US. The girls went on the Jimmy Kimmel show where they did a live performance of the song. It seems Rose outdid herself with her moves and amazing vocals. Now, the host said that 'kids' were super excited to see BLACKPINK on the Kimmel stage. This has not gone down well with K-Pop fans. It is a known fact that the popular groups have fans across age groups and ethnicities. Some time back, James Corden referred to BTS fans as 15-year-old fangirls and ARMY did not take it lightly at all. In fact, the host apologized to RM aka Kim Namjoon when they came on the show during the LA Concert promotions. Also Read - Trending Hollywood News Today: Zayn Malik unfollows Gigi Hadid, Kayne West compares Kim Kardashian to Queen Elizabeth II and more

Now, Kim Jisoo had to miss the 2022 Seoul Drama Awards to be present for the promotions of Pink Venom. She was awarded the Best Actress for Snowdrop. Blinks and solo fans of Jisoo are upset that she had to miss out because of Jimmy Kimmel. Some have even termed the performance as boring. They feel YG Entertainment should have done better with the promotions of Pink Venom. Snowdrop saw a heartfelt performance from Kim Jisoo. This was her acting debut. Also Read - BTS: Kim Taehyung's beloved pet Yeontan gets dragged in the dating saga with Blackpink rapper Jennie Kim; here's what happened

if only i could burn a company, i’d burn yg building down to the ground like they didn’t let jisoo attend and accept her acting award ‘cause of a “scheduled schedule”, what schedule? that freakin’ jimmy kimmel performance? burn in hell @ygent_official

jisoo could not attend sda because they went to the spotify pop up, visited target to shoot a 30 secs video, performed a fuck ass boring performance on kimmel when they could've just sent a video since they didn't even had an interview

Aww but like seriously what schedule?
Going to target? Just performing on Jimmy Kimmel? Not even interview? That's the fvking schedule? https://t.co/E5cTjSQSQQ

Fuck you @ygent_official they are not even doinganything in US rn and that Jimmy Kimmel perf is not even worth it??? Id ratther have Jisoo receive the award https://t.co/vb7Aa0TLiC

Jisoo's vocals have also got praise in the Blackpink comeback. The singer is seen as the eldest sister of the group, and has been their emotional anchor. Kim Jisoo won at the fan voted event. Even Kim Seon-Ho who is world famous for his poignant acting in Hometown Cha Cha won an award. Also Read - BLACKPINK: Angry fans of K-Pop group TWICE trend ‘Blinkscyberbullying’ – Here’s why