Britney Spears tied the knot with her longtime actor boyfriend Sam Asghari at Spears' residence in Thousand Oaks, Calif. However, her father Jamie Spears, mother Lynn Spears and sister Jamie Lynn Spears were not in attendance. 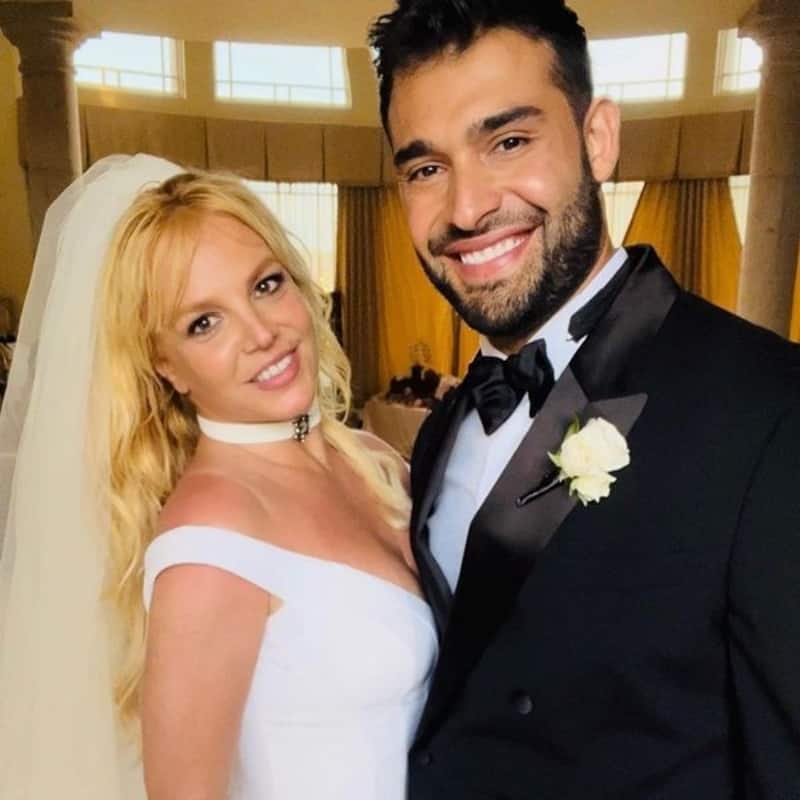 Britney Spears got married her longtime actor boyfriend Sam Asghari in an intimate ceremony on June 9. the two tied the knot at Spears' residence in Thousand Oaks, Calif. However, the pop singer's mother Lynne including her father Jamie and sister Jamie Lynn were off the guest list. Her mother has now broken her silence on not being invited to the wedding. Also Read - Britney Spears goes topless on the beach and sets the internet on fire in a blue bikini – watch now

As Britney went on a photo-sharing spree on Instagram showing off the celebration from her wedding day, her mother Lynne took a moment to comment on her post with a heartfelt note. "You look radiant and so happy! Your wedding is the ‘Dream’ wedding! And having it at your home makes it so sentimental and special! I am soooo happy for you! I love you!” read her comment. Also Read - Trending Hollywood News Today: Amber Heard's chopped role in Aquaman 2, BTS' hiatus, Brad Pitt's love confession for Gwyneth Paltrow and more

While Lynne' estranged husband is yet to make a public statement on his daughter's wedding, it is being reported that he was spotted grocery shopping on that day. The singer's younger sister liked her post to show her support. Her brother Bryan was reportedly invited but he did not appear at the wedding. Also Read - Trending Hollywood News Today: Robert Downey Jr congratulates Johnny Depp, Amber Heard speaks on jury verdict and more

There were around 60 guests, according to People including Madonna, Selena Gomez, Drew Barrymore and Paris Hilton. Spears' sons with Kevin Federline, Sean and Jayden, did not attend the wedding, but wished the happy couple the best, according to a statement to People from Federline's lawyer.

Britney walked down the aisle to Elvis' classic Can't Help Falling in Love and wore a Versace gown. The ceremony was also marked by the drama as Spears' first husband, Jason Alexander, attempted to crash the wedding earlier on Thursday (Pacific Standard Time). According to the Ventura County Sheriff's Department, deputies responded to a 911 call about a trespassing complaint and arrived at the scene to find Alexander.

Spears and Asghari's wedding comes seven months after Spears was freed from her 13-year conservatorship. The two became engaged in September. After previously announcing in April that she was pregnant, Spears and Asghari said that they had suffered a miscarriage in May. This is Spears' third marriage. She was previously married to Federline, and the two divorced in 2007.