Black and Kim Taehyung aka V have a special relationship. Many members of the ARMY feel black hair suits him the best. Female fans of BTS start swooning when they spot him in black hoodies or shirts. Here is a look at 9 times Kim Taehyung did black magic on stage.

Kim Taehyung aka V from BTS is a heartthrob. Language is no bar for this young man who sings and dances like a dream. Besides his music, he is a showstopper with his looks. Fans feel black looks the best on him. The colour is associated with power, prestige, artistic talent and sensitivity. Taehyung resonates with all of that. Here is a look at his nine black outfits that made him look oh-so-sexy on stage… Also Read - McDonalds offering BTS burgers and french fries unleashes a hilarious meme fest on Twitter

BTS’ V once wore a leather harness during the Fake Love tour. With his hair bleached blue and a black silk shirt, he looked edgy and hot. Also Read - Can't get enough of BTS? Now you can have specialised BTS burgers and entire fast-food meals dedicated to the K-pop band — here's how 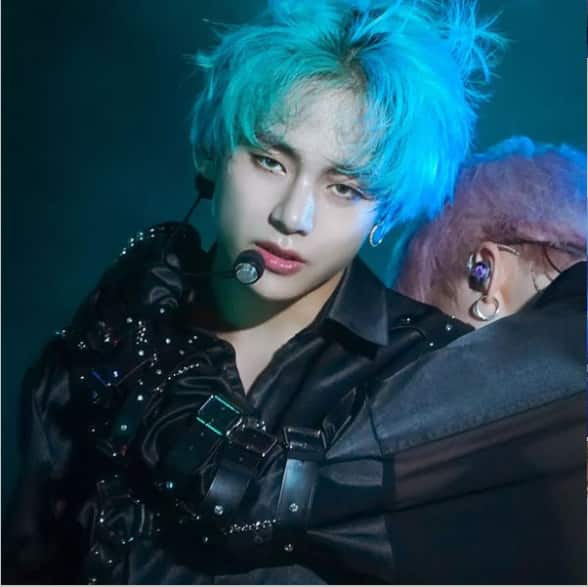 Also Read - BTS: Apart from singing and love for ARMY, the septet has a fixation with striking hair colours, and here’s proof – view pics

Kim Taehyung can make anything look good. The actor made this jacket look uber as he set the stage on fire with his vocals and moves. The studded belt was a stylish accessory. 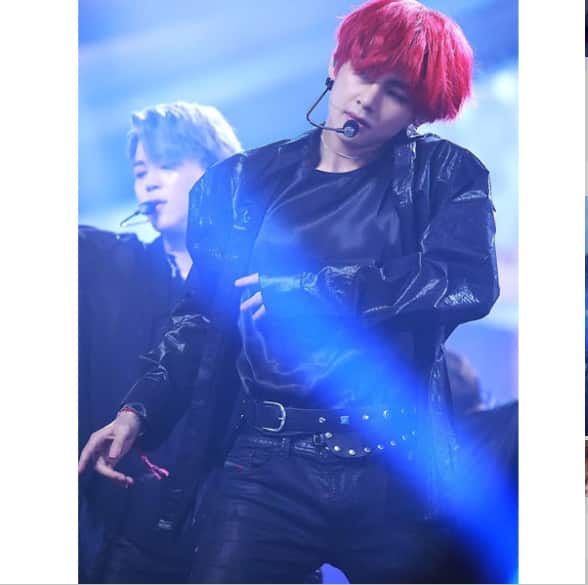 V does not stress about what he eats. But he does practise weight training and dances a lot. We got a glimpse of his toned torso and forearms in this sexy black striped sleeveless vest that was teamed with leather pants and a structured jacket. 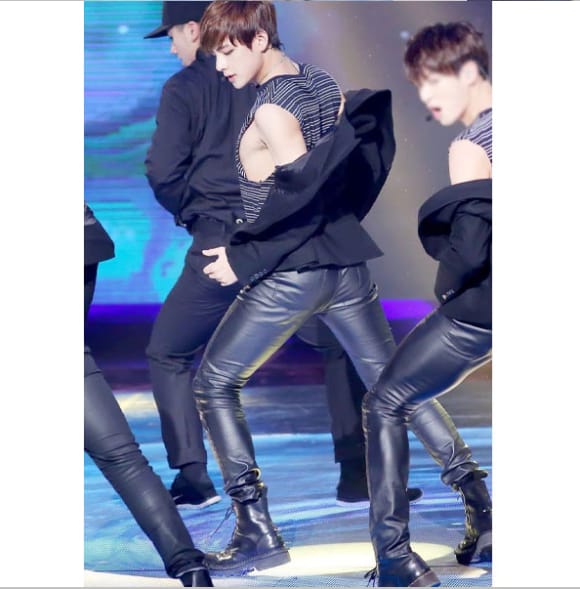 The black Freedom tee is one of the most popular items sold in the streets of Southeast Asia inspired by V’s concert look. So far, no one knows the name of the brand donned by him at the concert. 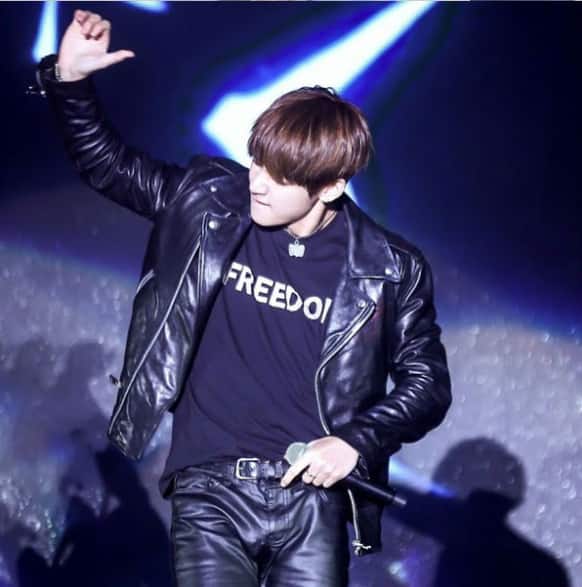 Kim Taehyung looked kickass in a black and gold blazer that he wore for a concert. Truly, nothing is too overwhelming for this showman. 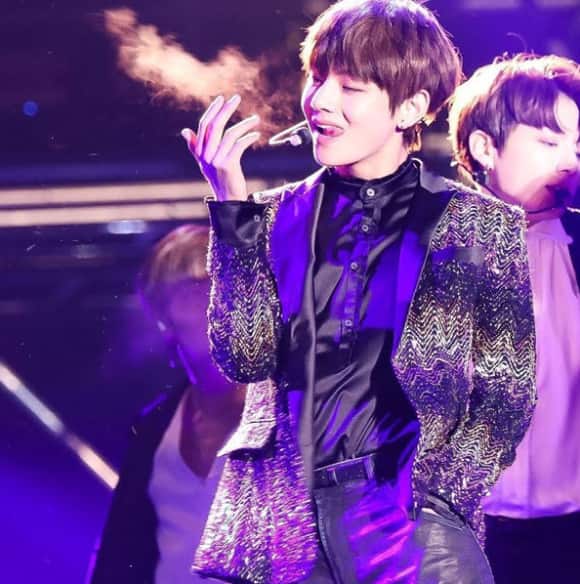 V’s stylist added a bit of denim to his leather punk look for a concert and the end result was drool-worthy. Whatever fans might say, black hair suits V the best! 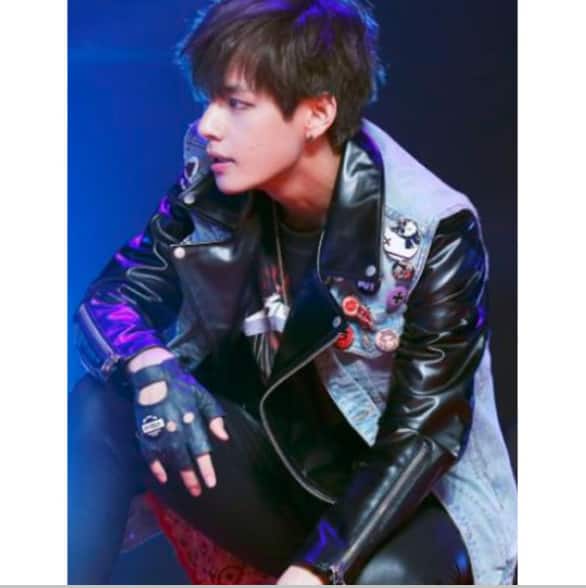 This black jacket with gold motifs done on them was seen on V when he performed on No More Dream. 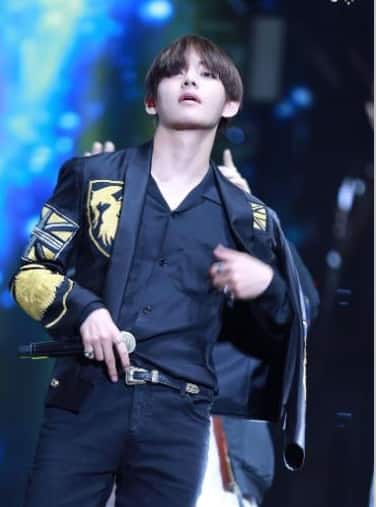 Kim Taehyung added a black printed bandana to his semi-formal black suit in the Rainism dance. The bandana was in contrast to the bling at the collar. 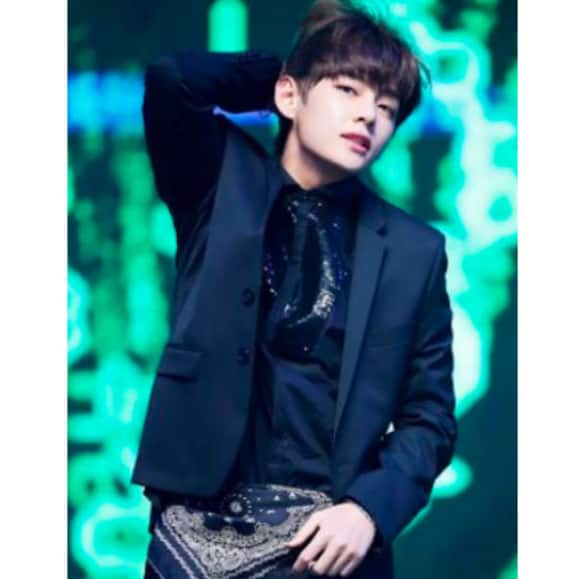 Let us know which look you liked the best!