BTS: Ahead of Kim Taehyung's stint as DJ on Radio show, here are 6 BIG REVEALS to charge you up for more interesting tea tonight

BTS' one of the most loved members Kim Taehyung aka V is going to make an appearance on a Radio Show tonight and tomorrow. And before the Run BTS and Yet To Come singer spills more tea on things, here's a look at his 6 BIG recent reveals. 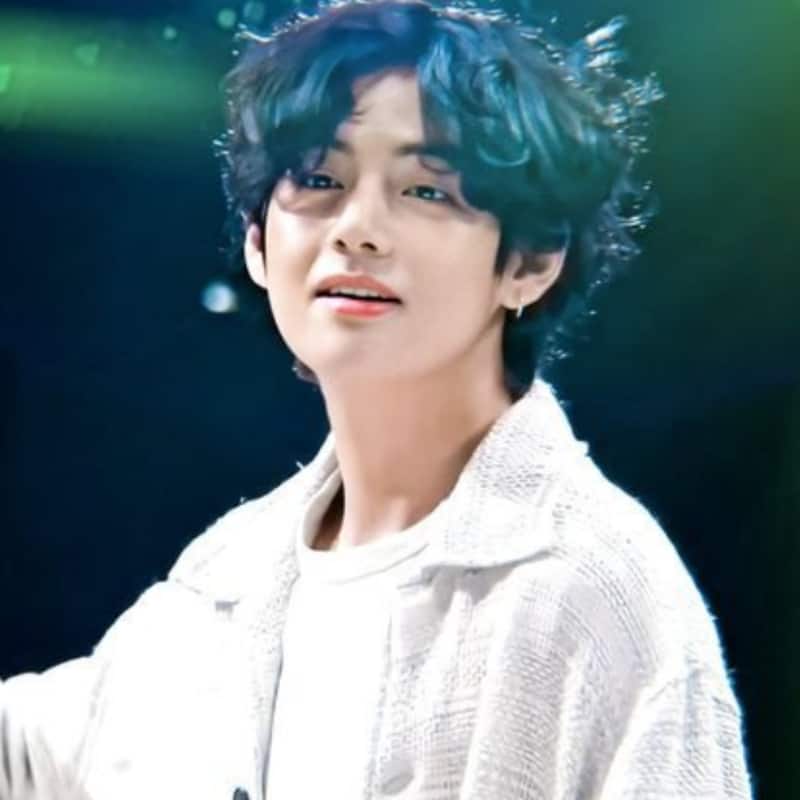 Ever since the BTS members – RM, Jin, Suga, J-Hope, Jimin, Taehyung and Jungkook – announced a hiatus there have been a lot of individual and personal schedules of BTS members in and out of the country. Just a couple of hours ago, Min Yoongi aka Suga was snapped at the airport leaving South Korea for his personal schedule. The BTS Rapper reportedly went to Japan. And now, another BTS member will make an appearance. Kim Taehyung aka V will be making his stint as a DJ on a radio show. And ARMY, before we get some more interesting scoops from the Run BTS singer, here are his recent revelations from Weverse and interviews... Also Read - BTS: Kim Taehyung, Jungkook and other members turn Akshay Kumar, Suniel Shetty from Phir Hera Pheri as they groove on 'Aye Meri Zohrajabeen' [Watch Hilarious Video]

BTS' baritone singer Kim Taehyung sent the Hollywood News section into a tizzy with his goofy revelation. Taehyung is known for his goofy nature and he recently did just that while talking to ARMY on Weverse. We all know how ARMY is badly waiting for the last two members of BTS - V and Suga to reveal the location of their friendship tattoo. Until now, both of them have just left ARMYs guessing. When recently, an ARMY asked Taetae about his tattoo location, he replied goofily saying he got it done on his left butt cheek! Also Read - BTS: V aka Kim Taehyung and Jungkook ace the Run BTS TikTok trend; Big Hit Music reveals their hidden talents

Kim Taehyung spills the beans on his album

Shocking as it sounds, this is nothing new to hear for the ARMYs, recently when an ARMY asked for an update on his upcoming album. Taehyung shared that he scraped all of the songs and is making new music now. He revealed that making songs again has changed his sleep cycle as well. It seems he has been working at night. ARMYs who had been waiting for KTH1 will have to wait a little longer. Also Read - BTS: Kim Taehyung aka V gets mobbed by ARMYs as he returns home; pens a note saying, ‘I always get worried…’

Kim Taehyung about being used by people

Recently, Kim Taehyung's photoshoot and interview with Vogue were released. In the interview, the Christmas Tree singe revealed being used by people and considered a valuable asset to have instead of a friend. Taehyung revealed being hurt by people who he thought were his friends while adding that such people have made him more reserved. On a lighter note, the BTS singer added that he has a lot of good people in his life who keep him happy and cheer him up during his struggling time.

In the same interview, Taehyung also revealed how the Bangtan Boys – RM, Jin, Suga, J-Hope, Jimin and Jungkook – have been meeting up with each other and listening to their solo projects, cheering and praising each other. The way Taehyung revealed it, it sounded nothing less than a listening party amongst the BTS members. How cool is that!

Kim Taehyung on exercising and golf

Kim Taehyung about Yeontan being away

Lastly, we learned that Yeontan doesn't live with Taehyung these days. It so happened that an ARMY asked for a picture with Yeontan when BTS V had been interacting with the ARMYs on Weverse. Instead of a picture, ARMY got to know that Tae's beloved pet pooch has been sent away to live with his parents. Well, it is given since the boys are busy with their schedules so often.

Now, coming to the Radio show that BTS' Kim Taehyung aka V is going to feature on, it is said to be an audio-only stint. It will be shot at MBC Garden Studio on 27th September and 28th September. It will be broadcasted live on the YouTube channel of MBC. ARMY is gearing up to listen to Kim Taehyung. It is said that he will come live at around 10 pm KST (6:30 PM, evening, IST).