BTS fever has reached a new level. Airports across the globe are singing BTS songs as International travel resumes. BTS ARMY is tripping over the same. 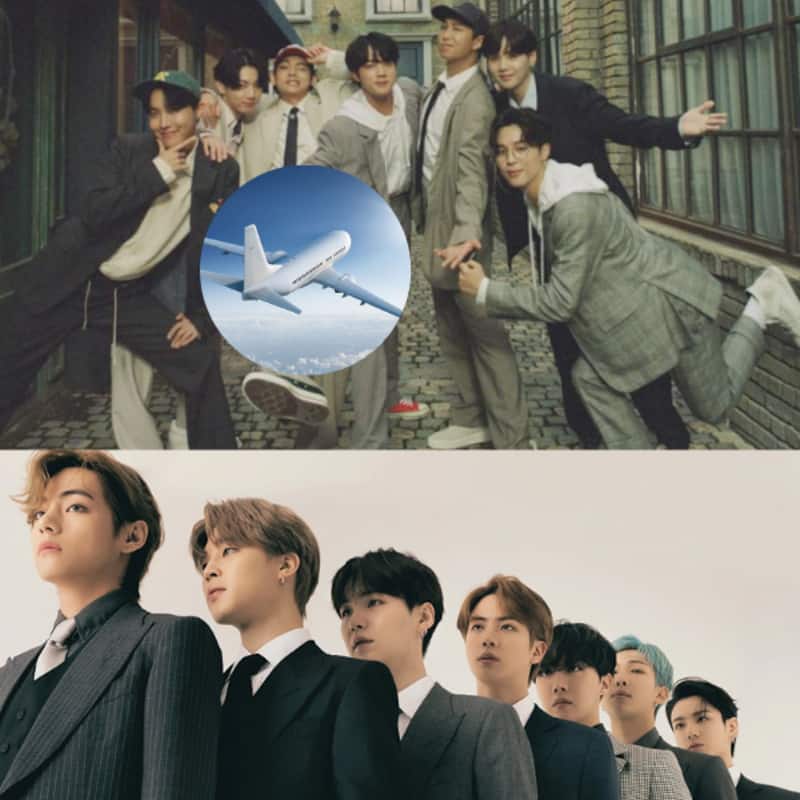 BTS aka the Bangtan Boys enjoys worldwide popularity. BTS ARMY just keeps on increasing and guess who has joined them? Airports! Yes, you read that right. Several airports across the globe are putting out BTS song lyrics and it has become a Twitter thing. In case you missed out on it, Airport Twitter has been trending for a while now airports across the globe have joined this trend. Airports with official Twitter handles have admins who are BTS fans, it seems. The mania is insane yet heartening. Various BTS songs such as Moonchild, Butter, Dynamite and more have been used in the captions and ARMY is tripping over the love. Check out the tweets below: Also Read - BTS: Suga aka Min Yoongi shares video and pics from family vacation with Holly; leaves Jin concerned – here's why

So we couldn’t book @bts_bighit for a gig at the AUS Main Stage, but we were able to bring a little #BTSArmy love into the terminal. ? #AirportTwitter pic.twitter.com/UKrNH2VITb

The wait is over
The time is now, so let's do it right
Yeah, we'll keep going
And stay up until we see the sunrise ?✈️#BTSArmy #BTS #AirportTwitter @BTS_twt pic.twitter.com/DN36xNaVEb

? 'Cause I, I, I'm in the stars tonight, so watch me bring the fire and set the night alight #BTSArmy #BTS #airporttwitter @BTS_twt pic.twitter.com/VdWlQSi8Qx

“The morning will come again.
No darkness, no season is eternal.” - Spring Day, BTS

Hey @BTS_twt, tell the #BTSArmy, we have purple skies for days over #PHLairport! ?#AirportTwitter #BTS pic.twitter.com/JhOhe39Kwz

well… we believe in our galaxy right here at the magic shop we call @ChangiAirport ? #BTSArmy #BTS #AirportTwitter @BTS_twt ? pic.twitter.com/ZYRYuf5Tm4

Get BTS on that line cause this is a

??Fly with me so that our hands can reach the end of the sky ?? @BTS_twt #BTSArmy #airporttwitter ??????? pic.twitter.com/hq5MBduGDf

When I’m without you, I’m crazy
We are made of each other, baby
You (@BTS_twt), you are (you are) my universe…
Após muitos pedidos para reagir, principalmente do #BTSArmy, nós botamos nosso cropped. ?#AirportTwitter #Brasilia #AeroportoBSB pic.twitter.com/oQlYQtwXkK

Ever seen anything like this? The impact of BTS is just thrilling. The Boyband from South Korea includes seven members RM (Leader) aka Kim Namjoon, Jin (Kim Seokjin), Suga (Min Yoongi), J-Hope (Jung Hoseok), Jimin (Park Jimin), V (Kim Taehyung) and Jungkook (Jeo Jungkook). Out of the seven, three - RM, Suga and J-Hope are rappers and Jin, Jimin, V and Jungkook are vocalists. They have been dominating the music industry a lot in the last couple of years. From being nominated for Grammys twice in a row to their big wins at AMAs and several nominations at the BBMAs, BTS have captured the attention in the west and how!

On their schedule front, BTS recently returned from Las Vegas where they attended Grammys, had four AMAZING concerts at the Allegiant Stadium. On the last day of their concert, BTS dropped a date, 10 June 2022. It marks their comeback, an album, a beginning of a new era for them and the ARMYs. Their fans across the globe are super excited. In other news, BTS member Suga recently collaborated with K-pop sensation PSY for a song called That That which is currently trending everywhere.