BTS: Armaan Malik gets dragged in the 'controversial' Jungkook-Jay Park pic; this is how the singer reacted

BTS: Armaan Malik is confused as edits of Jungkook and him make way on social media after the click with Jay Park that left some fans fuming 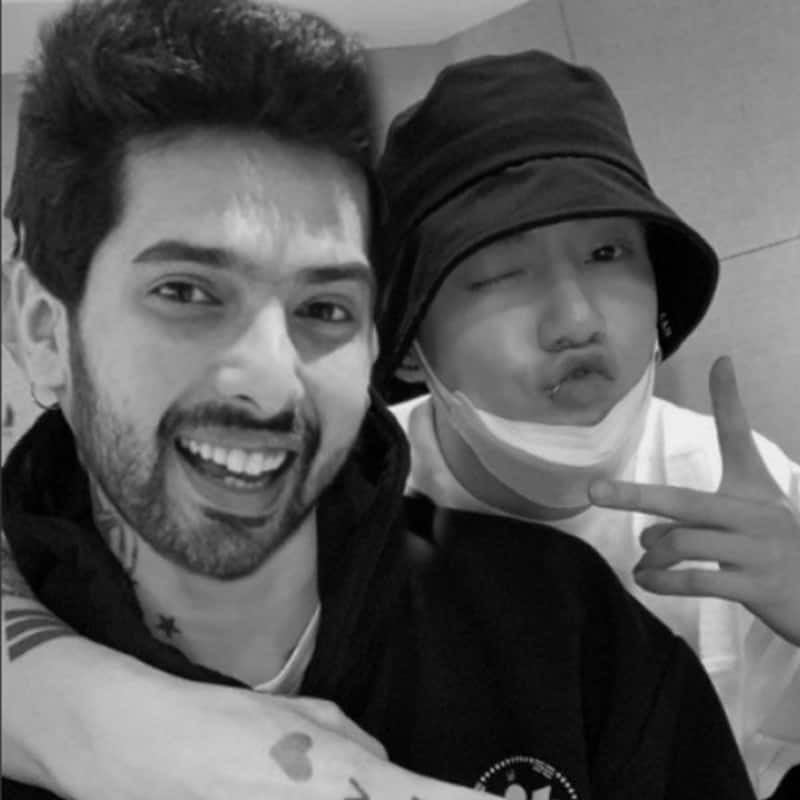 BTS fans had different reactions as Jungkook shared his picture with Korean-American rapper Jay Park. A lot of ARMYs apparently found Jay Park's praise of Jungkook superficial as the rapper had allegedly dissed BTS before. It is no secret that BTS has faced severe criticism from industry insiders and members of the Korean and international music industry. While the K-Pop kings have never reacted harshly to the haters or openly called out anyone, ARMY remembers every one of them. The protective nature of BTS fans is known to all. Jay Park called Jungkook humble, talented and ambitious but some members of ARMY were not pleased. Also Read - Trending Hollywood News Today: Lindsay Lohan sparks marriage rumours; Jungkook and Charlie Puth in a BL relationship and more

Some international ARMY referenced the times when Jay Park made Islamophobic remarks in his songs. The rapper-singer had apologized before but some fans are in no mood to forgive or forget. Indian BTS fans are known for their editing skills. They replaced Jay Park in the pics with Arijit Singh, Armaan Malik, Karan Johar and even PM Narendra Modi. Armaan Malik who is a bonafide BTS fan was surprised to see the number of edits with his face along with Jungkook floating around. This is what he tweeted, "Ye jungkook ke saath edit kaun banake phaila raha hai...I’m confused." Desi fans told him about the incident and how they always dream of a collab between them. Also Read - Trending Entertainment News Today: Kaali's poster with a Goddess smoking draws flak, Top Bollywood actress having trouble adjusting with in-laws and more

Ask me if I'm okay
Desi armys would be blessed if this happened ?pic.twitter.com/nAjSUlHTJG

Jungkook in movies its happening!! pic.twitter.com/xJx69QtDsy

Don't lie Sir we know the Collab is coming pic.twitter.com/kGbdQ3EuvU

BTS members including RM aka Kim Namjoon are now back in Korea. The group is making a comeback with an album on June 10, 2022. The septet of Jimin, Jin, Jungkook, SUGA, RM, J-Hope and V are back from four successful concerts in Las Vegas. Also Read - Bigg Boss OTT 2: Ranveer Singh will NOT replace Karan Johar as the host of the web series of controversial reality show