We want to know whose friendship/bond do you ship amongst the BTS members. BTS consists of RM, Jin, Suga, J-Hope, Jimin, V and Jungkook and they all are shipped with each other every often for their warm bond.

Hola ARMY, we know you'd still be reeling from the after-effects of the Permission To Dance on Stage online concert that was held recently. There were so many amazing moments from the concert that would have made you go crazy! It was BTS' concert after a couple of months and though an online one, it was a treat to watch them all together after such a long time and in their element on stage. Today, we are back with the BTS poll for y'all. And this time, it was all the in-house shippers. We want to know whose friendship/bond do you ship amongst the BTS members. But first, let's get to know a little about their bond, shall we? Also Read - BTS LA Concert: Jin adds X-factor to day one and two of the Permission To Dance on Stage concert with his creativity and cuteness — watch 'aww'-some videos 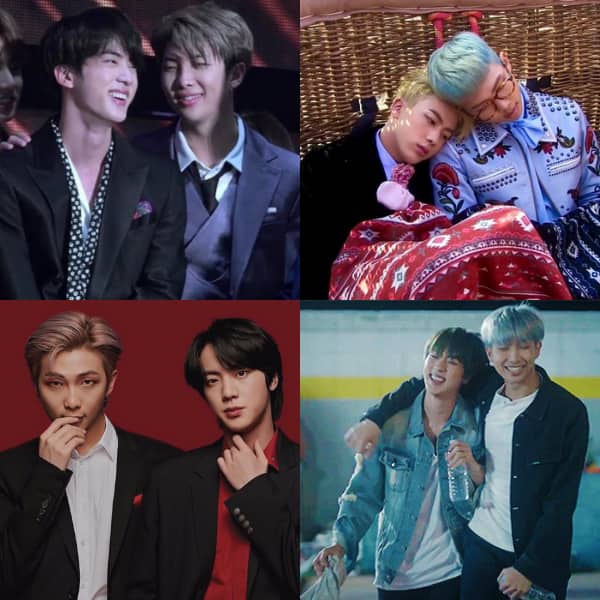 First up, we will talk about RM aka Kim Namjoon and Jin aka Kim Soekjin. The two are a part of the Hyungline of BTS. Jin is the eldest member and RM is the leader of BTS. They share a heartwarming bond and are a laughter riot when together. RM with his goofy antics while Jin with his dad jokes always make ARMY laugh out loud. Moreover, their dads are BFFs too. Also Read - BTS LA PTD Concert: ARMY thirsting over Jungkook's shirtless backstage video, Bam getting LOVE and more – Golden Maknae's priceless moments from SoFi 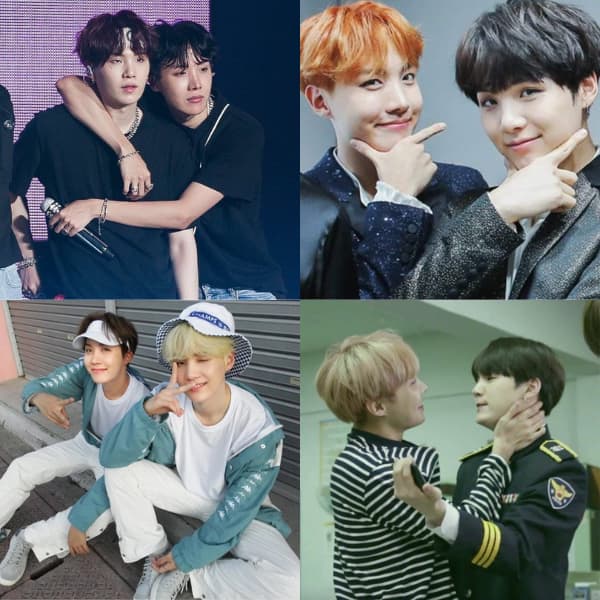 Suga aka Min Yoongi and J-Hope aka Jung Hoseok's friends is one of a kind. They are not loud with their bond, but share similar reactions which will make you think whether they are telepathically connected somehow. They are goofy in their own sweet way. Also Read - BTS: Jin makes his own little 'Superman squad' at Six Flags amusement park; gets Funnel ice-cream treat from the manager - view pics 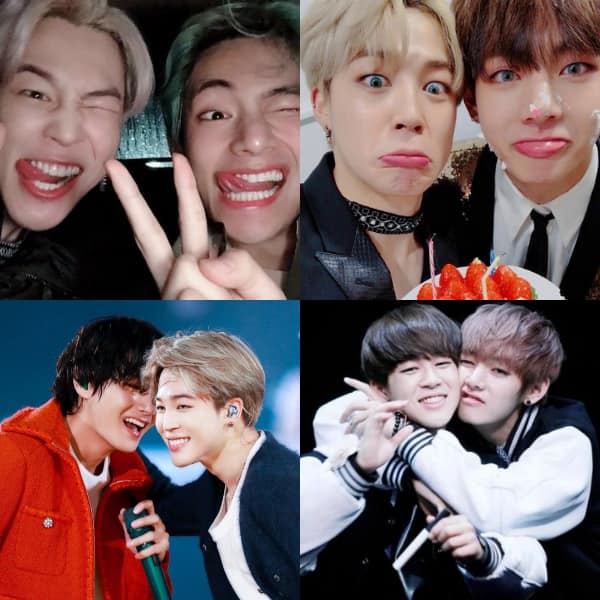 Jimin aka Park Jimin and V aka Kim Taehyung are both 95-liners (born in the year 1995). Their friendship is one of the most-talked-about ones. From fighting with each other to cheering up each other V and Jimin have been there for each other in the hardest of times. 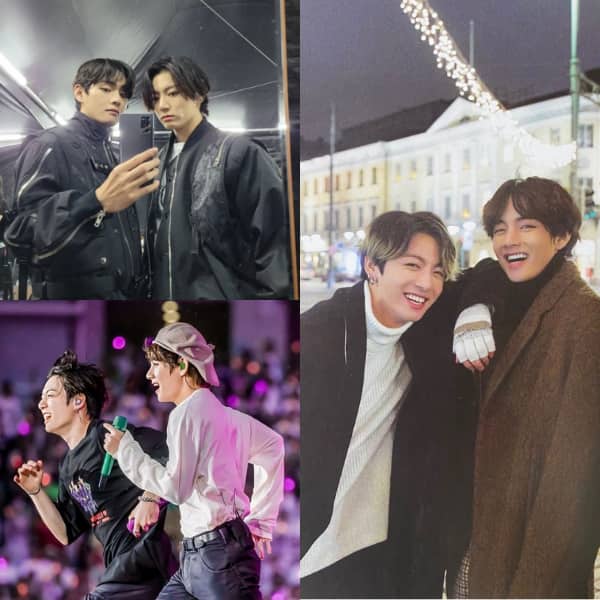 Taekook is a huge thing in the K-pop world. They are shipped like a couple but Taehyung had revealed that it was ARMY's imagination that was running wild. Taehyung is very fond of Jungkook and likewise on JK's part too. They are like cat and mouse together who'll keep pulling pranks on each other and who cannot stay without each other. 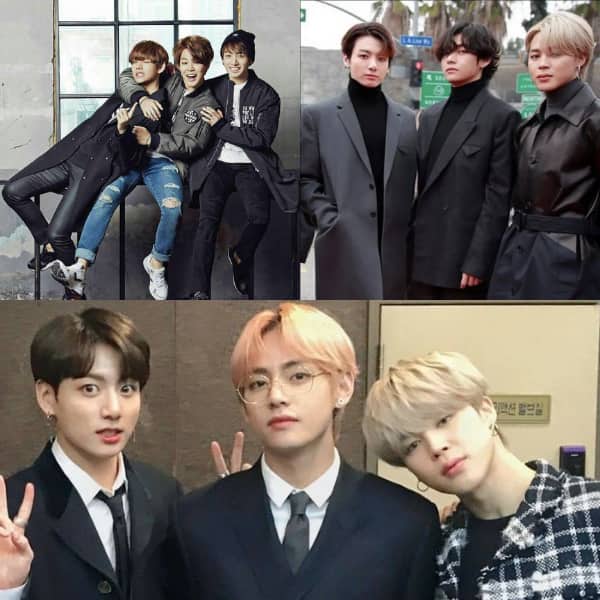 Jimin, V and Jungkook make for the Maknae line. Since they are the youngest, they get along like the house on fire. Oftentimes, the hyungline has to act like dads and keep them in check. They are like three little kids of the group when joined hands together. 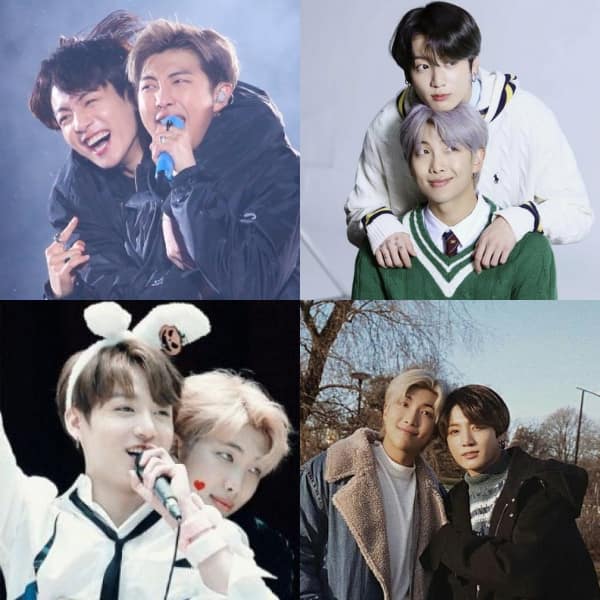 Jungkook aka Jeon Jungkook is extremely fond of RM. He joined BTS for RM as he was his inspiration. The way Jungkook adores RM as his elder brother and the way RM looks after Jungkook is adorable. 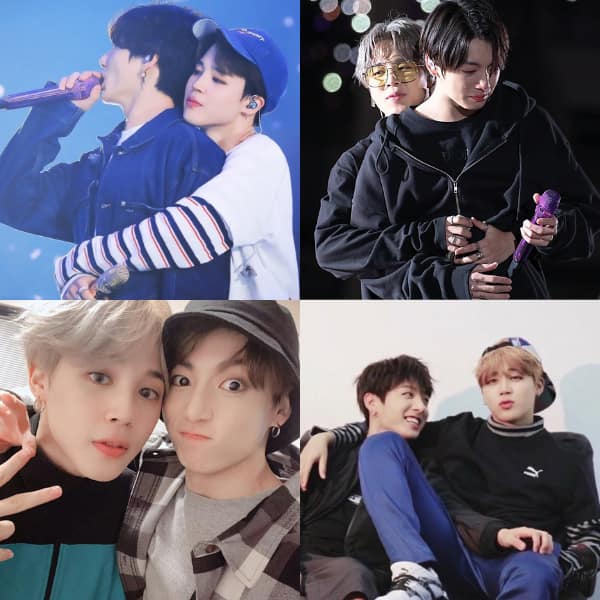 Jimin and Jungkook share a warm bond too. It is the Euphoria singer who is the troublemaker between the two of them. The Filter singer doesn't mind being pranked upon by the youngest member. 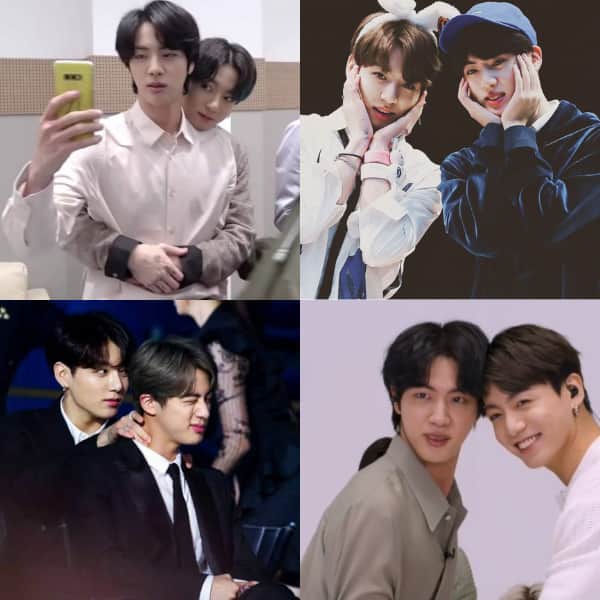 Jungkook shares a bond with Jin much like the bond he shares with RM. Jin is always looking after Jungkook while the latter is always stealing food from his plate. It's a give-and-take relationship. 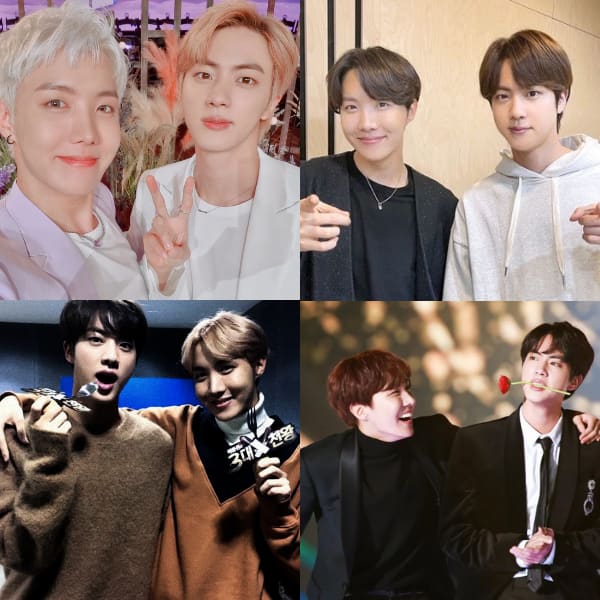 Jin and Hobi are goofballs together. They too share a link of telepathic link with each other. Hobi always goofs up while Jin is often seen facing the aftermath of their goof-ups. 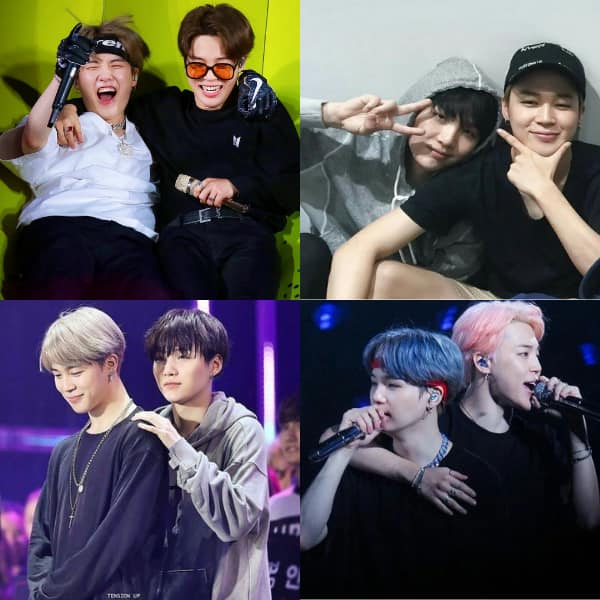 Suga aka Min Yoongi and Jimin are also shipped across the world. Though Jimin is the youngest, he is the friendliest with Suga the most than others. Jimin would also give a kick to Suga and the latter won't mind. It's all in the brotherhood, though. 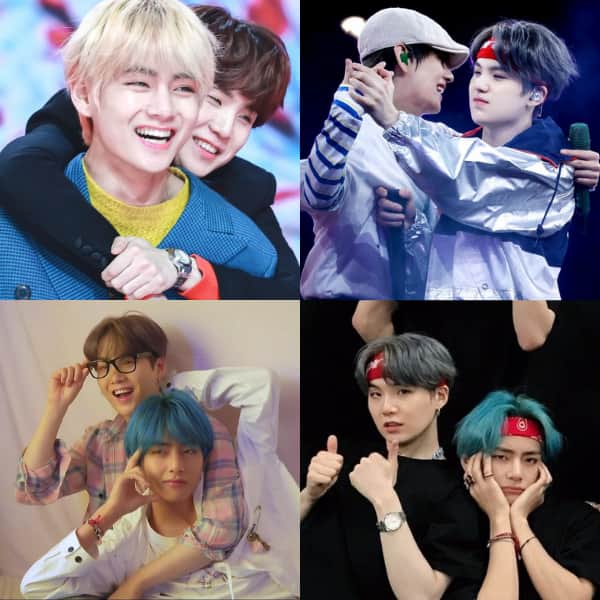 Suga and V are both from Daegu. Suga is not the most expressive type whereas Taehyung does express his fondness for his Hyung. Their fun interaction is always a treat for the ARMY. 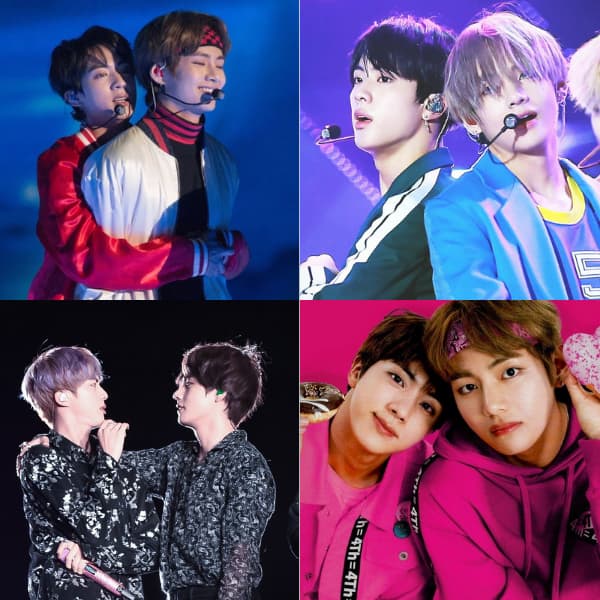 When Taehyung and Jin had had a showdown after a concert, the two grew closer. When on stage, the two are on fire. Many would think that they don't see eye-to-eye but that's not the case. They are always looking out for each other.

So, ARMY, which friendship/bond do you ship more? Vote below: