BTS ARMY can celebrate everything they love and adore about the Bangtan Boys RM, Jin, Suga, J-Hope, Jimin, Taehyung and Jungkook. Out of the septet, currently, they are rejoicing in the fact that TaeKook's selfie has completed a year! 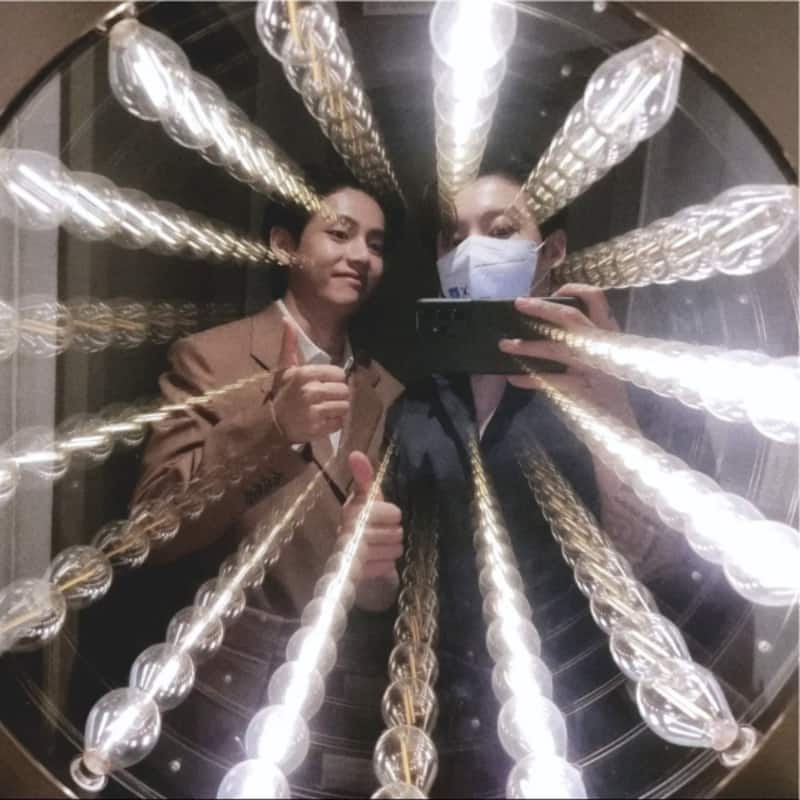 BTS is a rage across the country these days. The biggest and currently most adored boyband consists of seven members – RM, Jin, Suga, J-Hope, Jimin, Taehyung and Jungkook – also popularly known as the Bangtan Boys. They have massive fandom whom they call ARMY. The BTS ARMY is all protective of the members. Of late, they have been looking forward to various projects by each BTS member. Apart from being protective, they celebrate every little thing about the boys. Just like today, the BTS ARMY is celebrating 1 year of the selfies of Taehyung and Jungkook aka TaeKook. Also Read - Run BTS returns! Kim Taehyung, Jungkook, Suga and others try fly-yoga; ARMY cannot keep calm [View Tweets]

So, as told y'all before the BTS ARMY loves to celebrate moments of the Bangtan Boys. And when it comes to two of the most adored members from the Maknae line – Kim Taehyung and Jeon Jungkook – it goes without saying that they are going to trend. TaeKook, as their friendship and bond are shipped together amongst the ARMY, has a massive fan following, both collectively and individually. Coming back to the selfie, it was shared by Jungkook on his Instagram feed ages ago. The post contained Jungkook's selfie followed by his and Taehyung's in the bathroom mirror at New York's Atomix restaurant. Also Read - BLACKPINK: From Kim Taehyung-Jennie Kim's dating saga to the Lisa being disrespectful of Lord Ganesha; here is a look at times they made news for reasons other than music

Here's a video BTS V shared on Instagram from a jazz club:

Well, the post is no longer seen on Jungkook's Instagram handle as the Left and Right singer deleted all his posts to create a cool layout for his Instagram feed. ARMYs have observed that Jungkook posted the picture three months after they actually went to the restaurant, surprising the ARMY. The talk of the Twitter town has also been that only Taehyung and Jungkook of all the BTS members would have gone to the restaurant. Well, it cannot be confirmed. Anyway, the ARMYs are celebrating the same. Check out the tweets here: Also Read - BTS: Taekook trends as Kim Taehyung and Jungkook’s picture with their manager’s son go viral [View Tweets]

? I’m crying ? I can’t believe it’s been a whole year since taekook had their Atomix date… the real deal ???? #taekook pic.twitter.com/Lvgf7uSJtb

It's been a year already jungkook posted this pic with his taehyungie hyungie hyung and tagged him of his bread cheeks?

What do you mean taekook's atomix date was a year ago? Time isn't real. pic.twitter.com/RvlCpjMgih

Happy first year anniversary to this taekook atomix special date. Private but but not secret.??❤️#taekook pic.twitter.com/laDIlpcrXB

it has been a year since this iconic taekook atomix date ? #taekook #vkook #kookv pic.twitter.com/jV1CdkgXU9

It's been one year since their Atomix date already ?#TaeKook pic.twitter.com/r5EqkYs6ga

Talking about the solo projects of BTS members, it is said that Taehyung is working on his album currently. He might be the next to drop his album right after RM or maybe even before the BTS leader. His interview and photoshoot with Vogue magazine went viral recently. On the other hand, Jungkook dropped Left and Right with Charlie Puth and also worked with the BTS vocal line on Bad Decisions alongside Snoop Dogg, and Benny Blanco.