BTS' Desi ARMY is super talented when it comes to editing videos. Here's an ARMY-made edit who gave a spin to Bangtan Boys' video clips a Taarak Mehta Ka Ooltah Chashmah spin and the result is amazing. 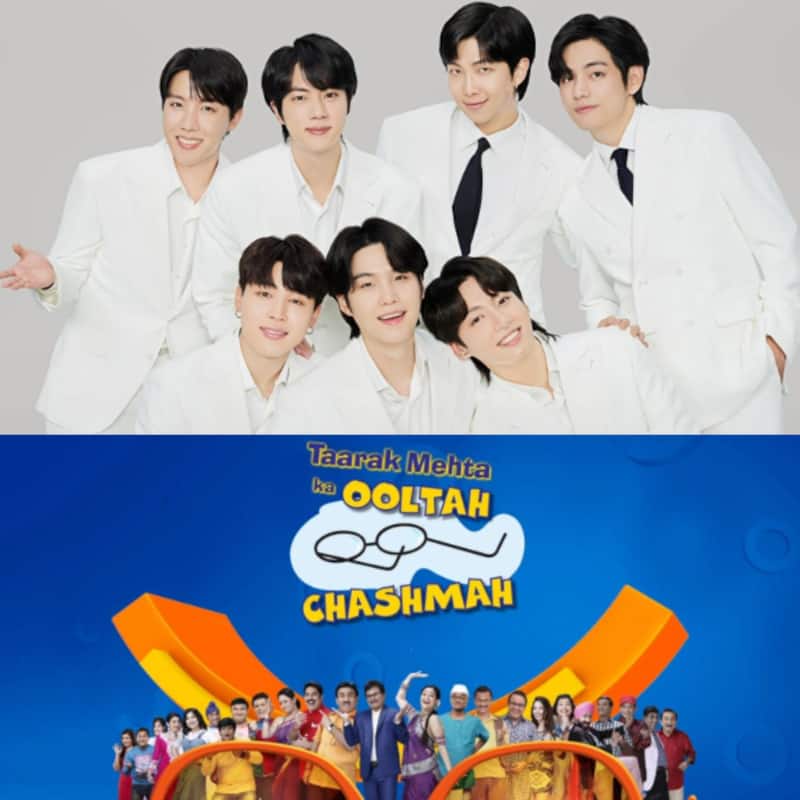 And we are back with BTS' desi edits made by the supremely talents desi BTS ARMY. This time it's not the usual BTS X Bollywood edits but this one is a TV edit. Yes, can you imagine Bangtan Boys - RM, Jin, Suga, J-Hope, Jimin, Kim Taehyung and Jungkook in a Desi TV show? Well, this hilarious yet amazing video ft. BTS on Taarak Mehta Ka Ooltah Chashmah track is too good to be missed. Also Read - Taarak Mehta Ka Ooltah Chashmah, Anupamaa remain at the top, Amitabh Bachchan's Kaun Banega Crorepati 14 replaces Kumkum Bhagya in the Most Liked TV Shows list

Well, it's given that BTS V aka Kim Taehyung is the bahu and Jimin is the super strict saas. It's a funny edit which also features Taehyung, Jimin and Jungkook as the Tapu Sena. There are a lot of old videos and clips of BTS members from the AMAs, BTS In the Soop and more. The Tapu sena itself consists of five members in Taarak Mehta Ka Ooltah Chashmah. And we bet, the Bangtannies aka BTS members are as chaotic as the TMKOC gang in the show. Also Read - BTS: From Jungkook acing quizzes to J-Hope getting trolled and more – 5 eye-grabbing moments from the latest Run BTS episode

Meanwhile, the BTS members are on a hiatus. They are focussing on their solo projects. J-Hope aka Jung Hoseok dropped his solo album Jack In The Box a couple of days ago. Jungkook dropped his collaboration singe Left and Right with Charlie Puth last month. BTS' solo content has been winning hearts. RM, Suga, Jin, Jiming and Taehyung's solo projects are awaited.