BTS ARMY, we have come across an edit of BTS member V aka Kim Taehyung. He has been compared to Lion King's Simba and while he is considered to be the Tiger baby of BTS, his resemblance with the Prince of Pride Lands is uncanny. Watch the video below: 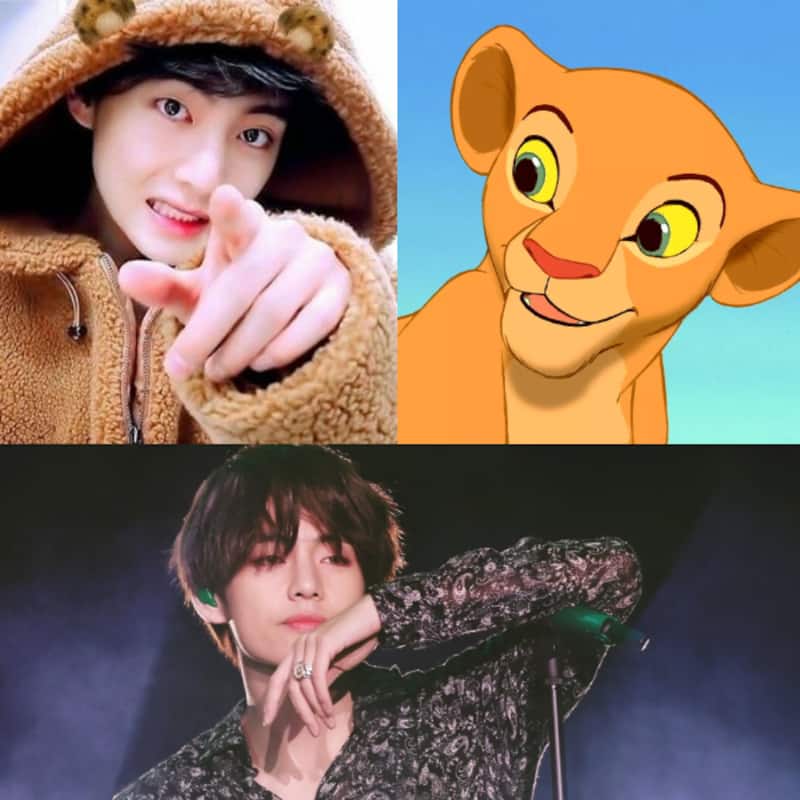 BTS V aka Kim Taehyung is one of the most adored members of the Bangtan Boys. The Run BTS singer has a huge fan following amongst the masses. He is known for his goofy charm, drop-dead handsome looks, baritone vocals, amazing style statements and more. BTS' Kim Taehyung is also one of the most widely discussed idols of k-pop. BTS ARMY, today, we will have a look at an edit made by an ARMY, seems like a Tae stan. He/she imagined BTS V aka Kim Taehyung as Simba, the prince of the Pride Lands from Lion King. Also Read - BTS: Min Yoongi aka Suga leaves for Japan; ARMY cannot stop raving about his long tresses [View THIRST Tweets]

So, an ARMY edited out BTS V aka Kim Taehyung's clips from various Run BTS episodes, Bon Voyage, etc and merged it with the clips of Simba from Lion King. The result is unbelievable. From his boxy smile to adjusting his bangs/hair, and making funny faces, his personality quite matches Simba. From his angry expressions to being spanked or screaming at top of his lungs (just acting), whispering in Jungkook's ears and more, there are a lot of clips and resemblances between BTS V and Simba. This is going to attract a lot of attention in Hollywood News and amongst the ARMYs. Watch it here: Also Read - Trending Hollywood News Today: Zayn Malik unfollows Gigi Hadid, Kayne West compares Kim Kardashian to Queen Elizabeth II and more

Well, now, a lot of you would be in dilemma and might disagree with the video. As Taehyung aka V is always considered to be a Tiger baby. Taetae has addressed himself thus too and everyone uses the Tiger face emoticon when talking about BTS V aka Kim Taehyung. For those not in the know, as per ARMYs online, Taehyung was first addressed as Tiger by the BTS Leader RM aka Kim Namjoon. It was because he was the hidden member of BTS. Taehyung is considered to be the weapon of BTS. Kim Taehyung was officially revealed as a member of Bangtan Seonyeodan after the No More Dream MV was released. Back then he was called Tiger/ lethal weapon of BTS by Namjoon. Hence, since then ARMYs have been calling Taetae Tiger/ Tiger baby. Also Read - BTS: Jimin and Kim Seokjin's striking visuals leave ARMY gasping for breath [view tweets]

Anyway, what do you have to say about Taetae and Simba's resemblance? Let us know by tweeting @bollywood_life.