Fans of BTS can now get for themselves the Dynamite Eyeshadow Palette which comes in 18 shades. It will be launched in two days time.

In love with BTS's Dynamite. Well, members of the ARMY can soon get their hands on the Dynamite Eyeshadow Palette. Yes, BTS is set to launch exclusive merchandise for every fan who loves makeup. Now, they have joined hands with IdolxCosmetics to launch the Dynamite Eyeshadow Palette. This is great news for everyone who loves a pop of colour on their eyelids. Coming to the details of the palette, it has a total of 18 shades. There are 10 buttery mattes shades, which is good as many prefer matte eyeshadow. If you want a party look, you can use the seven pressed glittery shades. Plus, it has one topper to make your eyes truly stand out. Also Read - BTS: Kim Taehyung may lend his voice for BFF Choi Woo Shik's new drama Our Beloved Summer; ARMY thrilled for their December babies Jin and V 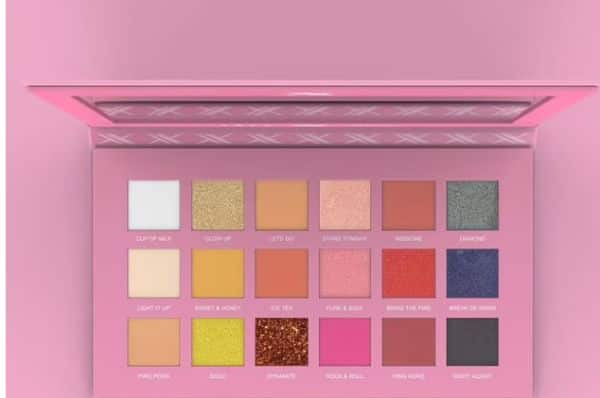 In the eyeshadow palette, each shade is named after iconic hit songs of the BTS like 'Funk & Soul', 'Stars Tonight', and 'Glow Up'. They are also vegan and cruelty free. The launch will happen on February 28 at 9 AM PST and 12 PM EST. It seems 20,000 palettes will be up for sale on the first day. You can avail a discount if you buy on the launch date. Dynamite is the most successful song of the Korean pop band. It got 101.1 million views on YouTube within the first 24 hours. It has now crossed 800 million views. Also Read - BTS: Taehyung aka V's picture feeling all gross after touching a dirty car goes viral; ARMY trips over his hand prints on dust – read tweets

Dynamite was all about the small joys of life. The aim of the song was to cheer up the world in the middle of the pandemic. With Dynamite, BTS became first Korean musicians to top the Billboard Hot 100 chart. The BTS also managed a Grammy nomination in the best pop duo/group performance category.

The BTS Army is spread all over the world. People are crazy over the seven boys namely Kim Taehyung/V, RM, Suga, Jimin, Jin, J-Hope and Jungkook. Even Shah Rukh Khan's daughter Suhana is a BTS fan. The band is known for its stylish looks and bleached hair.