BTS ARMY showers love on RM; trend 'We are proud of Namjoon' ahead of his speech at UNGA tomorrow

BTS ARMY is super-excited about BTS leader RM's speech at the United Nations General Assembly. People are wishing him good luck for his speech. 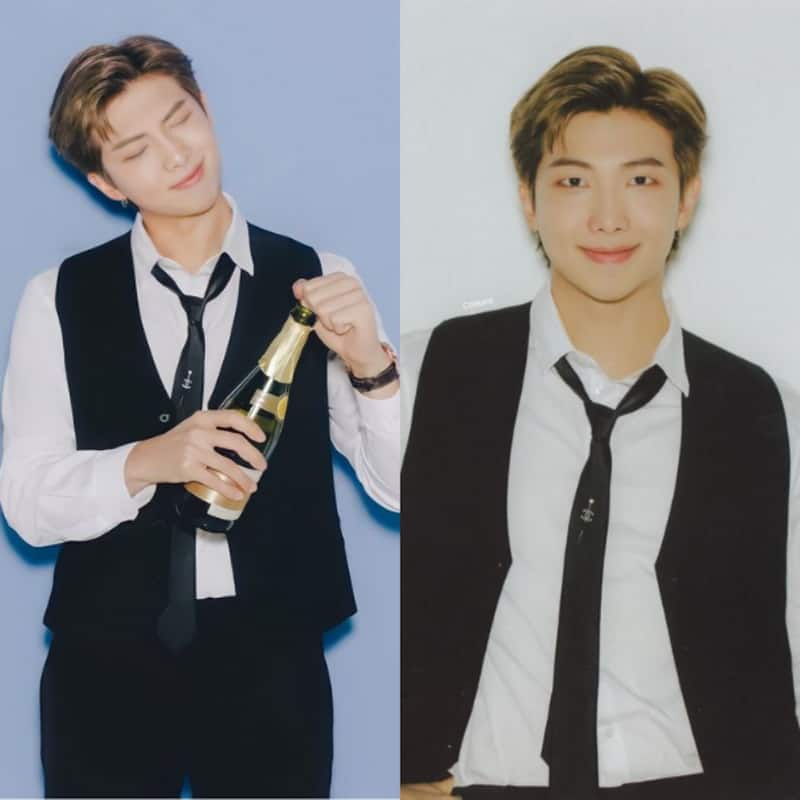 The popular South Korean pop band BTS members were recently appointed as Future Culture Special Envoys by South Korea’s president, Moon Jae In. The Bangtan boys received letters of appointment along with commemorative fountain pens. The handsome boys of BTS received their new diplomatic passport. The diplomatic passports have amazing benefits that will leave you stunned. A diplomatic passport gives its holders benefits that people with regular passports do not get. Diplomatic passports in South Korea are given to President, Prime Minister, Speaker of the National Assembly, Chief Justice of the Supreme Court, Foreign Minister, former presidents and their families, former prime ministers and their families, and civil servants appointed by the Foreign Minister. Also Read - Year Ender 2022: BTS V aka Kim Taehyung, Jungkook, Blackpink rapper Lisa; here is the list of Most Googled K-Pop idols of 2022

Moreover, now the diplomatic passports have been given to special envoys, like BTS under the Enforcement Decree of the Passport Act. Tomorrow the BTS members will be giving a speech at the United Nations General Assembly and ARMY is super-excited about it. BTS leader RM will be giving his speech tomorrow and fans remembered the speech he had given at UNGA earlier in 2018. 'We are proud of Namjoon' is trending and fans are all praise for his speech in 2018 and are excited about tomorrow. Take a look: Also Read - BTS: When Jin dressed like Jimin to protect him from death threats [Throwback]

Tomorrow he's going to speak again at the UNA.
I hope you stay healthy and safe ?

it's been 6 years since the legendary all force one concert was held!!!!! let me bring back this iconic performance

The speech that made me to Find my self and speak to myself.!!
Waiting for another motivational words from our Leader!??☺??? @BTS_twt

tomorrow he’s going to speak at the UNGA again. he might be very nervous right now but I'm sure he'll be doing a great job.

WE ARE PROUD OF YOU NAMJOON
Don't stress about tomorrow's speech you'll give you're best you are the best leader ??
Drop the tags for joonie #6YearsAllForceOne #방탄소년단RM#남준 #알엠 @BTS_twt pic.twitter.com/G4FmjXNdsD

Namjoon, you've come a long way. you're the person that I look up to, you have become my hope, my happiness. I'm really proud of you??
You made I big, you have come a long way
WE ARE PROUD OF YOU NAMJOON#6YearsAllForceOne #방탄소년단RM #남준 #알엠 pic.twitter.com/Yen6mGTkRg

Tomorrow he’s going to speak at the UNGA again.....

WE ARE PROUD OF YOU NAMJOON#방탄소년단RM
I know you will do a great job ?☺️
Best of luck leader pic.twitter.com/8yKATSmEdR

As usual late to know what's going on....but he's someone I respect the most in the world and look up to....???
WE ARE PROUD OF YOU NAMJOON#방탄소년단RM #6yearsallforceone #BTS #ARMY #RM #Namjoon https://t.co/K8VQ4JMY1W

I've to see what kind of iconic quotes come out of this year's speech. It's going to be another iconic speech!!!!
We are proud of you Namjoon #방탄소년단RM pic.twitter.com/QqUuC6jF83

We are proud of you namjoon. Don't stress about tomorrow's speech you'll give you're best
#방탄소년단RM @BTS_twt

WE ARE PROUD OF YOU NAMJOON ?
YOU WILL DO GOOD ?#방탄소년단RM #UNGA #BTSUNGA
ALL THE BEST @BTS_twt ARMY IS WITH YOU ? pic.twitter.com/aseqdMjOXj