BTS: ARMY trends #SpotifyCorrupt after Jungkook loses title of Most Streamed K-Pop soloist of 2022 hours after being recognized by the platform

BTS ARMY rallies behind Jungkook, SUGA and the band trending #SpotifyCorrupt as all their collaboration songs get cancelled from streams count for 2022 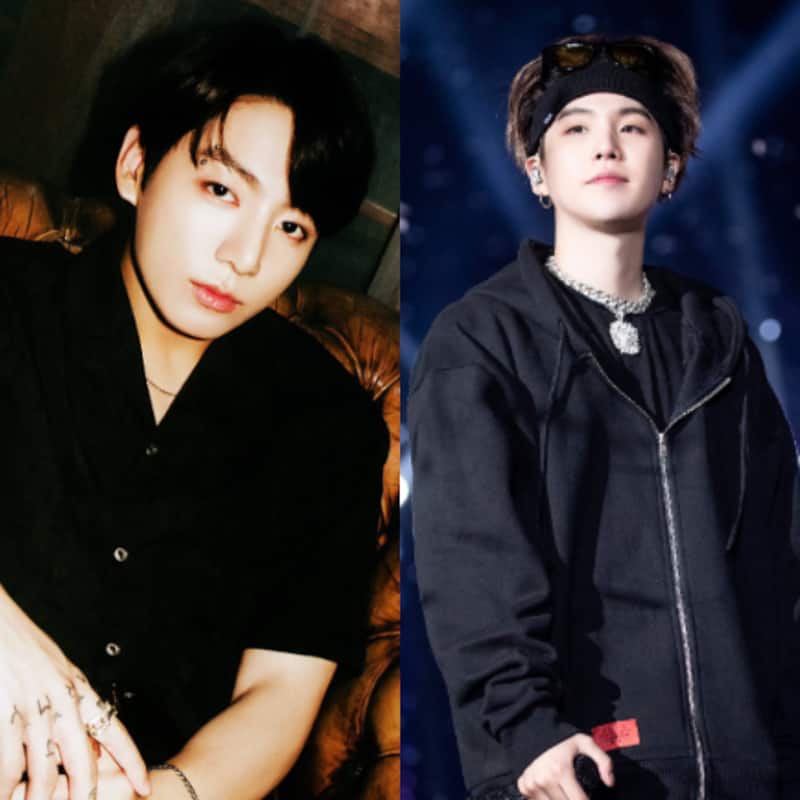 BTS ARMY is fuming with Spotify. Yesterday, Jungkook was declared as the Most Streamed K-Pop soloist with over 600 million streams on Spotify. BTS was the most streamed K-Pop group while Kim Taehyung aka V's OST Christmas Tree became the most streamed Korean OST on the music streaming platform. Hours after these results came out, BTS ARMY got a shock. The platform said there were some changes and it was announced that Lalisa of Blackpink is the most streamed K-Pop soloist. This has driven BTS ARMY mad. Well, it has happened that all the collabs of BTS and the boys have been discounted from the list. Also Read - BTS Jungkook at FIFA World Cup 2022: Golden Maknae has cutest reaction as a little girl at Qatar mall treats him to his iconic line

This means that streams of songs like Bad Decisions, Left and Right, My Universe, That That are not counted. This has affected the numbers of Jungkook. BTS ARMY has noticed that only collaborations of BTS are affected. The worst hit is SUGA whose song That That is a global hit. He has written, composed and featured in PSY's chartbuster and removing his name seems almost downright unfair. BTS ARMY feels that if its is about maximum streams (with collabs), then it is undoubtedly Jungkook, and J-Hope holds the record for the artist with lead credits. As we know, his album Jack In The Box came out this year. Much of the anger has been directed towards Jeremy Erlich, Global Head Of Music. Also Read - BTS: Jungkook's birthday celebrations kick off; Pakistan, Korea, Philippines ring in Jungkook Day with art and social work [View Pics]

ARMY REMEMBER WE ARE BULLETPROOF#SpotifyCorrupt

@Spotify @SpotifyCares We are waiting for your explanation on why you removed “Left and Right” from Jungkook and “My Universe” from BTS on Spotify Wrapped this year. Both songs are equally theirs.#SPOTIFYCORRUPT

I'm fuming with rage how obvious does yg want it to be.. we know you signed off those cheques to Jeremy. Sincerely hope you all burn in hell#SpotifyCorrupt

Where is your credibility @Spotify @spotifycharts @SpotifyKR ? You leaked DREAMERS before its official release, high filtering to avoid debuting it to #1 & now shamelessly removing the streams of Left and Right under Jungkook as well as My Universe for BTS. #SpotifyCorrupt !

#SpotifyCorrupt if we are going to remove the streams of collabs from every artist, it should be J-hope who is the most streamed k-pop soloist

But Spotify didn't remove the streams of Lisa's collabs, just so she could be #1

We have to see if Spotify gives a detailed explanation on what has happened. If this is just an error of calculations, then it is quite embarrassing. Both the K-Pop groups BTS and Blackpink have immense fan bases, and fans hold their faves successes to heart. Not to mention that it is fans who support the music whole heartedly. Also Read - BTS' Jungkook aka Jeon Jungkook named the Most Famous K-pop Idol in the US; here's why the Golden Maknae is so popular