BTS: Big Hit Music confirms that it is taking legal action on those spreading continuous ill-intentioned malicious rumour without taking name of Kim Taehyung. This is how Kim Seokjin reacted on the same 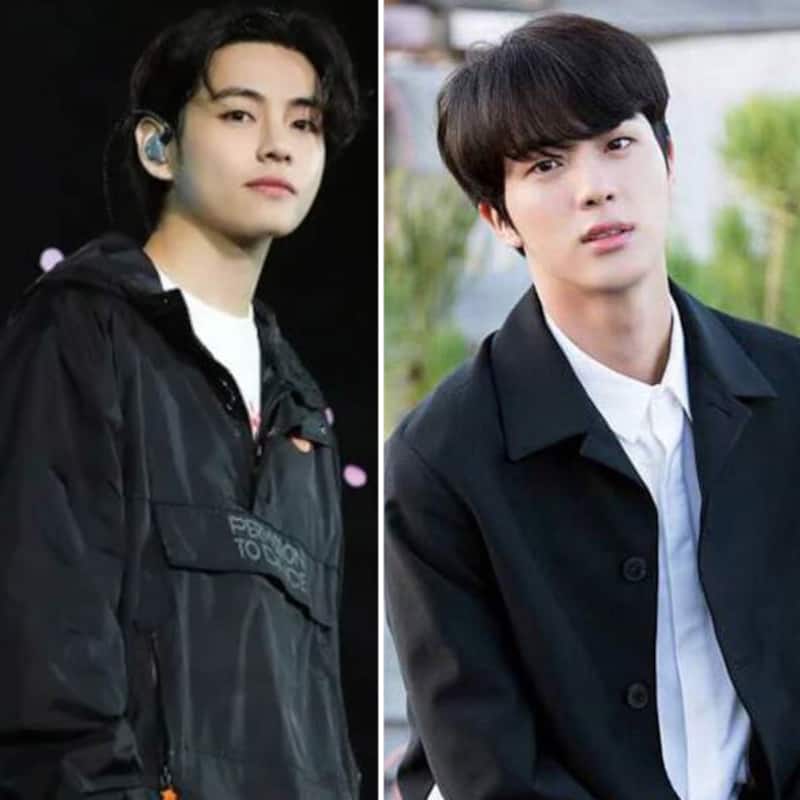 BTS fans have been writing daily to Big Hit Music ever since the BTS V aka Kim Taehyung and Blackpink rapper Jennie Kim 'leaked pics' dating saga began. The news had been making headlines all over the globe. It all started from the time in May 2022 when someone posted a pic of a man and woman who kind of resembled Kim Taehyung and Jennie Kim from an alleged trip to Jeju Island. BTS fans and ARMYs dismissed the pic as a fake edit but news kept cropping up on how an airline staff allegedly saw them at the airport and so on. But things got worse after an account Gurumi Haribo started leaking pics of BTS V aka Kim Taehyung and Blackpink rapper Jennie Kim. The authenticity of all the pics was debatable but fans were enraged at how privacy of the celebs was invaded to make fake edits and what not. Also Read - BTS: Kim Taehyung aka V makes ARMYs swoon with his 'veautiful days' photo-folio; fans cannot get over his Victorian avatar

The topic of Kim Taehyung allegedly dating Jennie Kim soon became a hot topic on various social media handles. Haters directed abuses towards people like Jimin and Bang PD too. The latest was when Yeontan's pics got leaked by the alleged hacker. Now, Big Hit Music has issued a statement that says they are aware of an 'ill-intentioned' rumor which is doing the rounds. The agency said it was identified the culprit and the matter is now at the prosecutor's office. But they have nowhere mentioned anything about Kim Taehyung and Jennie Kim dating or that particular matter. This is how Kim Seokjin reacted on the same. Also Read - BTS: Kim Taehyung aka V to feature in a variety show with two of the Wooga Squad members? Here's what we know

Now, BTS member Kim Seokjin has reacted on the same. He came to Weverse and asked what exactly went so wrong that someone ended up in a legal mess. Also Read - Year Ender 2022: BTS V aka Kim Taehyung, Jungkook, Blackpink rapper Lisa; here is the list of Most Googled K-Pop idols of 2022

BTS fans and ARMYs noticed how Kim Taehyung aka V said that he had gone to Jeju Island for a trip with his friends. They are wondering if he is aware of the contents of the rumor that has alleged leaked pics of him in Jeju with his apparent lady love.

okay thank you bighit for arresting gurumi haribo but what about dating rumors between taehyung and jennie is that statement enough to accept the rumor is fake? wise people help me to understand please.

for the sake of Tae and Jennie and if you love your idols do it .. ignore everything related to Gurumi , bighit made his move now it's up to us the total end Gurumi ???.#gurumiharibo #taennieisfake #taehyung #jennie pic.twitter.com/tLxhWZj6Qb

BTS member V aka Kim Taehyung was seen as a DJ on Kim Eana's Starry Night. He came with his celeb friends Park Hyo-Shin and Kang Dong-won. Fans have lauded his patience in this whole matter.