BTS' Jungkook and Charlie Puth collaborated on Left and Right recently. How did the two overcome the language barrier and made such good music, Charlie Puth spills the beans on what his conversations with BTS' Golden Maknae were like... 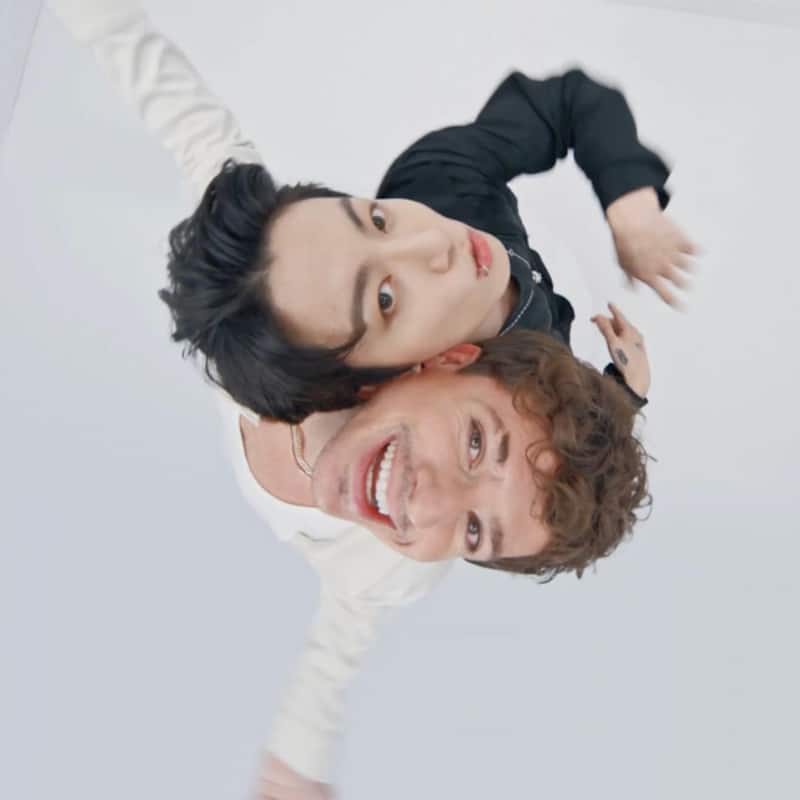 BTS members RM, Jin, Suga, J-Hope, Jimin, Taehyung and Jungkook are now going to focus on their solo careers alongside their group activities. Recently, BTS' Golden Maknae Jungkook aka Jeon Jungkook collaborated with American singer, songwriter, and record producer, Charlie Puth for a single called Left And Right from his album, Charlie. The song came out on 24th June 2022 and Charlie's fans and the BTS ARMY have been going gaga over their bromance in Left and Right. Also Read - BTS: THESE Run BTS behinds of Jungkook, Kim Taehyung and Bangtan Boys will increase your excitement for the episode tonight

Jungkook and Charlie have known each other and have been appreciative of each others' music and singing styles. As obvious, there's a language barrier between the two. While Jungkook is still learning English, Charlie doesn't know anything about Hangul. So, how did the two music sensations interact with each other and made music? Charlie revealed it all in two accounts. Charlie Puth visited iHeart radio wherein the host asked him about how they get along on calls or texts. The Attention singer revealed that talk using only common words such as 'yeah, 'wow,' and loads of exclamation marks and emoticons. Check out the hilarious yet relatable video here: Also Read - BTS: After huge uproar, Indian online teacher apologizes for threatening behaviour towards fans of the K-Pop band; ARMY say, 'Your words are not genuine'

Lmao I can imagine their conversation and Charlie said jungkook doesn't like to use phone but this reminds me when JK said before that he actually don't like texting and calling ? pic.twitter.com/04BYaPsyWm

Another video of Charlie Puth talking aboutJungkook is going viral. Charlie is seen praising Jungkook saying he has amazing ears and he catches up on notes really well. Revealing deets from the shoot of Left and Right, Charlie Puth shared that even though Jungkook speaks little English and he knows zero Korean, they vibed and had fun. "We were hanging out for hours like we were buddies. They communicated with expressions and gestures, it seems the way Charlie reveals. "It was very cute," he adds talking about how kept falling on each other while filming Left and Right on the circular disk. Check out the video here: Also Read - BTS fans from India share a video of a teacher scolding students for being fans of the K-Pop band; says, 'I would have grabbed your collar and slapped you'

“I’ve always wanted to do something with (Jungkook), because I’ve always loved his voice..I just fell in love with his voice.”

“He must have perfect pitch, because he has such a distinctly good ear. He picks up on notes really well. So that was very impressive.” - Charlie Puth pic.twitter.com/j9GeZ1grtn

Hey ARMY, what do you think about these videos? Let us know your thoughts by tweeting us at @bollywood_life.