BTS' J-Hope aka Jun Hoseok dropped More from Jack in the Box earlier this morning. ARMYs believe Kim Taehyung aka BTS V has made a cameo appearance in the song and BTS ARMY got into Sherlock mode over the same. 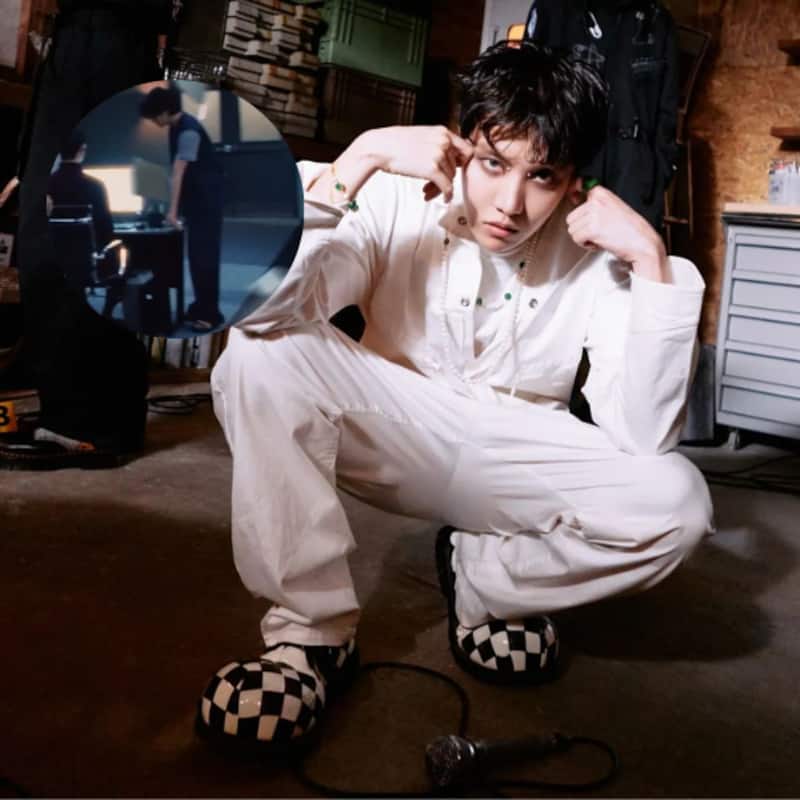 BTS' J-Hope aka Jung Hoseok dropped the lead single of his upcoming solo album Jack in the Box. J-Hope's solo song is called More and it showcases his extremely dark and raw side. ARMY has been going berserk over Jung Hoseok's More video and even the lyrics. And ARMYs have been dissecting J-Hope More MV and they have come across a person who they think is BTS V aka Kim Taehyung. Also Read - BTS: Kim Taehyung's Wooga Squad BFF and Marvels star Park Seo Joon shows off his Boston bag and ARMY is all hearts

Did Kim Taehyung make a cameo in J-Hope's More?

There's a scene in More's MV wherein we see the camera panning, following J-Hope into the hospital kinda room where J-Hope's other alternate version is seen getting an x-rayed. And before that scene, there are a few seconds in the video in which the camera pans a room full of people. And amongst the people is a staff boy which, ARMY believes is none other than BTS V aka Kim Taehyung. Taetae is seen wearing slippers, with a uniform, leaning on a desk. He has fluffy hair. ARMYs believe that's none other than Taehyung in Jung Hoseok's video. Check out their tweets here: Also Read - BTS: Jin again proves to be the best cook of the K-Pop band; prepares THIS succulent shrimp toast [Watch Video]

You mean the only one wearing slides in the office? Say it ain’t so! @BTS_twt #JHOPE #TAEHYUNG #jhope_MORE https://t.co/ufbAEfuuhd

With the fluffy hair and toes out yup that's definitely him, that's my taehyungie#TAEHYUNG #jhope_MORE pic.twitter.com/DsSxHrDQTg

Kim Taehyung will reportedly be seen in a spin-off version of In the Soop with his Wooga squad - Park Seojoon, Park Hyungsik, Choi Wooshik and Peakboy. The series will reportedly drop on 22nd July on the JTBC network. In other news, V aka Kim Taehyung recently attended Celine's fashion show with BLACKPINK's Lisa and actor Park Bogum. Also Read - BTS V aka Kim Taehyung chases Wooga Squad across the ice skating rink in the final episode of In The Soop Friendcation; ARMY gush over their bond [View Tweets]

Meanwhile, J-Hope's album Jack In the Box's all tracks will drop on 15th July 2022. BTS members are all going to go solo. They announced a hiatus from their group activities though not all, as per reports. The South Korean Music industry seems to falter with this decision of BTS as the chairman of the South Korea Singer Association requested the boys to reconsider their decision to go on a hiatus from the promotion of group activities.