BTS: From Jungkook acing quizzes to J-Hope getting trolled and more – 5 eye-grabbing moments from the latest Run BTS episode 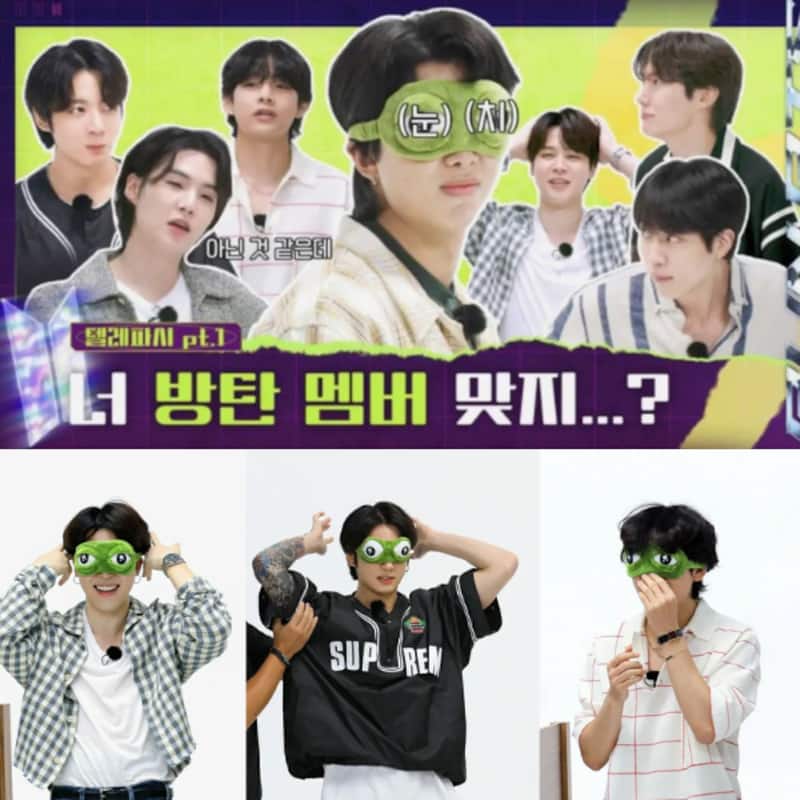 Run BTS' latest episode dropped on Weverse and on YouTube a couple of hours ago. And it has been a laughter riot of a first episode. RM, Jin, Suga, J-Hope, Jimin, Taehyung and Jungkook - have been back to entertaining the BTS ARMY again. And the comeback episode of Run BTS has been thoroughly entertaining. It was called the Telepathy episode and only part 1 of the new Run BTS episode is out. Let's have a look at the 5 most eye-grabbing, heartwarming and funniest moments of the latest Run BTS episode. Also Read - BTS ARMY in Indonesia collects USD 30,000 in 24 hours to help survivors of the Kanjuruhan tragedy that left 131 people dead

The start of the Run BTS episode began with the Bangtan Boys – RM (Kim Namjoon), Jin (Kim Seokjin), Suga (Min Yoongi), J-Hope (Jung Hoseok), Jimin (Park Jimin), V (Kim Taehyung) and Jungkook (Jeon Jungkook) – played the game of telepathy with the words. There were to answer the question one by one using letters. While Jungkook was acing the quiz, the other Bangtan Boys were struggling a little with their answers. It just proved that Jungkook will be the Golden Maknane ever. Also Read - Kim Taehyung-Jennie dating rumours: HD version of edited pic goes viral after BTS V shares video with his pet Yeontan; fans react [View Tweets]

J-Hope getting trolled by the editors again

J-Hope aka Jung Hoseok was the one who was suffering the most while answering the questions. Hobi getting the answers wrong and adding to the woes of the members was a sight to see. Hobi being confused while answering the questions was a sight that the ARMYs would have missed in the last 10 years. Also Read - BTS: Jungkook Nose Challenge leaves artist ARMY in tizzy; call him 'ninth wonder of the world' [View Tweets]

RM goofing up the answers

BTS leader RM aka Kim Namjoon while guessing the gestures during the telepathy game goofed up a lot. The BTS members were asked to guess the expressions and act them out based on the situation given. Suga goofed up too but not as much as RM.

So, when it was the time for the third game wherein they had to guess the destination using a few words presented as clues. Suga took off to Han River whereas J-Hope went to Jamsil Stadium and Jungkook took off to Lotte World. They hoped that at least one of the members would get the same answer as them. Well, they did but their route took them to a different location.

Towards the end of the Run BTS episode, we will see Jin, Jimin, RM and Taehyung having stronger telepathy. In their game of destination telepathy, the members were given clues and had to go to a destination they'd feel resonated with the clues. Jin, Jimin, RM and Taehyung reached their old dorm one after another and it was a heartening sight for the ARMYs. Jin, Jimin and Taetae hugged too, marvelling at their telepathic powers. Have a look at the video of the latest Run BTS episode here:

Meanwhile, now that Run BTS is back, ARMY is super happy. They have been trending Run BTS on Twitter since morning. Their anticipation and wait have paid off as BTS ARMY enjoyed the latest episode of Run BTS to their heart's content.