BTS member V aka Kim Taehyung conducted a photoshoot with Vogue recently. And just a couple of hours ago, his pictures along with the interview were dropped online. Taehyung's confessions are big takeaways for the BTS ARMY. Here are five of them... 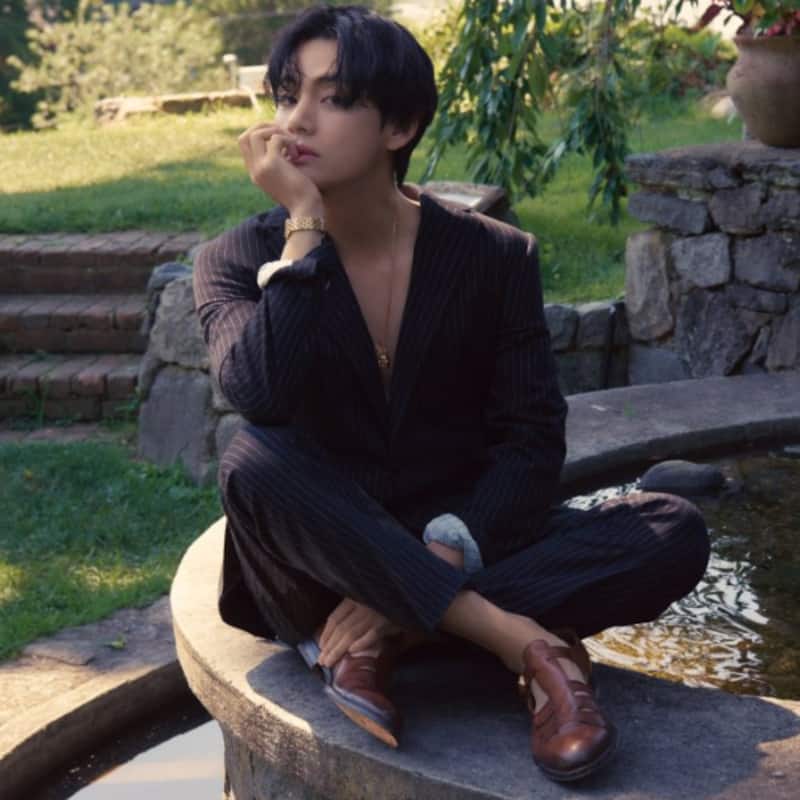 BTS member Kim Taehyung aka V recently featured in an exclusive interaction with Vogue Magazine. It has been the talk of the Kpop and BTS ARMY town ever since. Not just the pictures BTS V's honest and candid confessions/answers have left ARMY crushing on him evermore. BTS' Kim Taehyung aka V is one of the most adored members of the Bangtan Boys. His words of comfort have always moved ARMYs and have helped them heal from their problems/situations. And today, we are here with 5 BIG Takeaways from Kim Taehyung's interview with Vogue that nobody should skip. Also Read - BTS: Kim Taehyung's beloved pet Yeontan gets dragged in the dating saga with Blackpink rapper Jennie Kim; here's what happened

BTS V is known for giving out some recommendations of artists to ARMYs. He has also shared paintings and other works of artists who are not known widely. Just a couple of days ago after returning from New York schedule, Kim Taehyung shared some pictures which included a painting of a 10-year-old artist, Andres Valencia. Talking about his affinity for artists, Taehyung said he feels solidarity is important. Taehyung added that appreciating someone's work and relating with them helps him learn something new. Well, that's one takeaway for you! Also Read - BTS: Kim Taehyung aka V and Shah Rukh Khan radiate same energy, desi ARMYs TaeRukh agenda will win you over [View Pics]

Taehyung to bring a Jazz number next?

We all know that the BTS members - RM, Jin, Suga, J-Hope, Jimin, Taehyung and Jungkook - all are working on their solo projects. When Taehyung was asked about his affinity for Jazz and icons of Jazz music, he said that he has been a fan since he was a schoolboy. BTS V added that he has not dared to attempt Jazz himself and has only admired it from afar. But, he did add that people might get to hear something Jazzy music from him soon. We hope he goes through with it and drops a song/album soon. So, that's the second takeaway. Also Read - BTS: Kim Taehyung aka V reminds desi Bangtan fans of Shah Rukh Khan yet again [View Pic]

Kim Taehyung's honest answer to this question in the Vogue magazine interview has won us over. He said that he might look calm in difficult situations but he is not all calm from the inside. Taehyung shared that he pretends to be calm and then tries to think clearly so that he can make a decision with confidence. Taetae added that he doesn't regret all that he has done as he felt took decisions based on what he felt was right. Though he takes full responsibility for it all. There's the third takeaway for y'all.

As y'all know, BTS V is a social butterfly. He loves to make contacts, be friends and appreciate artists. And he aces at it. But BTS V recently revealed that he has been taken advantage of and by people he knew and considered friends. But that has not stopped him from seeing the good in people. There's the fourth takeaway.

Has Taehyung ever been completely happy?

The interviewer recalled Kim Taehyung revealing how the state of happiness means being completely worry-free. When asked if he has experienced such happiness, V shared that he has but only fleetingly. Taetae added that life would be boring if it had only happy moments. "When you have something sweet, you want to have it with something bitter or salty. I think that’s life," he said. That's the fifth takeaway from Kim Taehyung, ARMY.

His thoughts are comforting, aren't they?