BTS: Is Kim Taehyung aka V also heading to Qatar to cheer for Jungkook at the FIFA World Cup 2022? Fans unsure if he is headed to Qatar, Paris or Mexico 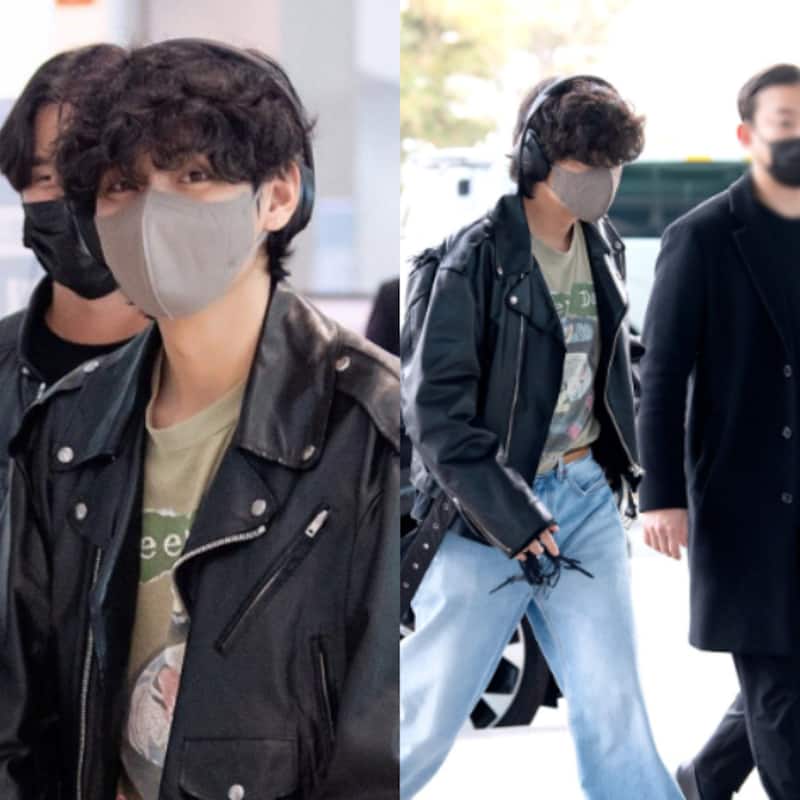 BTS ARMY is on cloud nine. It looks like Kim Taehyung aka BTS V threw a surprise to fans. He was seen at the Incheon Airport departing for an undisclosed location. It looks like he might be joining Jungkook for his solo performance at the FIFA World Cup 2022 in Qatar. There was speculation that he might be flying to Paris but apparently there are no flights from Seoul to Paris today. Fans who saw the flight schedule have also dismissed possibility of him going to Mexico. As we know, he is supposed to be doing the show Youn's Kitchen with his Wooga Squad. It seems there is a flight to Abu Dhabi so people are guessing that it might be a stopover for Qatar.

Anyways, Kim Taehyung aka BTS V told the reporters that he was supposed to join Jungkook. The Golden Maknae of BTS travelled in a chartered plane from Gimpo Airport. But it is still not clear if he is travelling to Qatar or somewhere else. The airport look was bang on. He was dressed in denims, tee and a huge leather jacket. Kim Taehyung aka BTS V looked very happy. ARMY is gaga over the look and his cuteness at the airport.

BTS Jungkook at FIFA World Cup 2022: ARMY goes aww as the Golden maknae shows off his soccer skills at the airport [Watch Video]

Taehyung at the airport!!!! pic.twitter.com/fiRZjFjFfa

I'm so excited ?
HAVE A SAFE FLIGHT TAEHYUNG pic.twitter.com/Ene7I12rex

Kim taehyung making the airport as his runway, his airport fashion is always amazing.

HAVE A SAFE FLIGHT TAEHYUNG pic.twitter.com/Pou72bBIdC

? youve been well right ?
? ive been doing so well

? i was supposed to depart together with jungkook
? he did the soccer ceremony today
? (inaudible) this ?
pic.twitter.com/yjnyAl4s6p

Where is taehyung going? I wonder where is he going… some said paris, another one said qatar, and the other said mexico?

Well, we will soon come to know where Kim Taehyung has gone as he does post whenever he is travelling. BTS V is preparing for his solo album. He also said that he is dieting seriously for the first time in his life, and feels really tired easily. Also Read - BTS: Kim Taehyung's birthday gets celebrated worldwide; from Kolkata to New York LED ads for the Winter Bear singer show how deeply he is loved [Watch Videos]