BTS: J-Hope aka Jung Hoseok makes a heart for the ARMY; leaves them gushing over his cuteness [View Tweets]

BTS' rapper J-Hope aka Jung Hoseok has taken over the entertainment and Kpop world with his Jack In The Box, Lollapalooza and more appearances. J-Hope recently made an appearance on a radio show and his gesture towards ARMY is winning hearts. 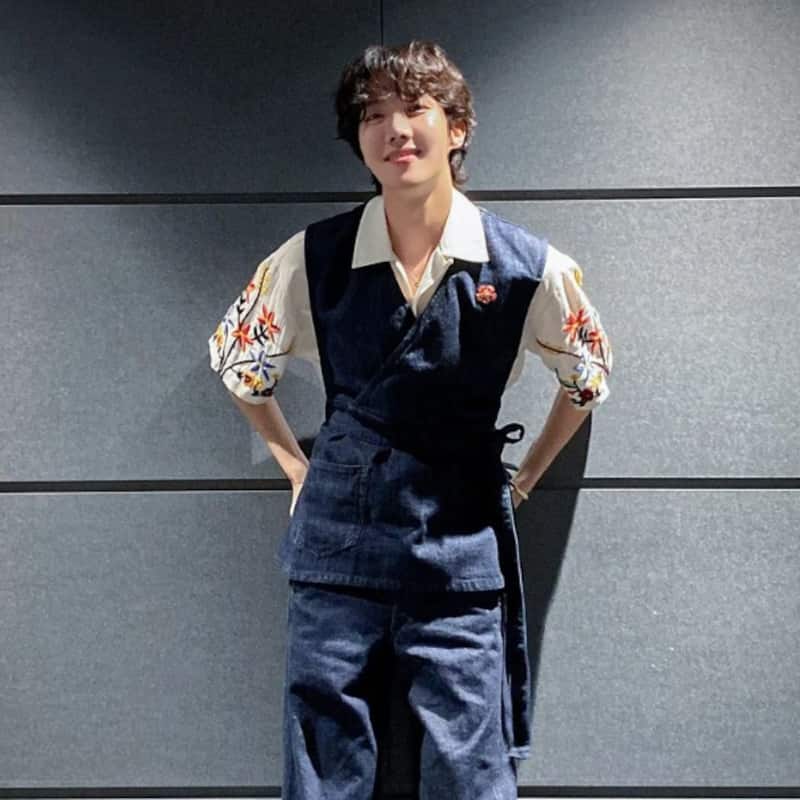 BTS' J-Hope aka Jung Hoseok is the biggest celebrity in the pop and K-pop world. He is such a sensation that ARMYs cannot get enough of the BTS rapper. Of late, J-Hope has been making a lot of solo appearances at various shows in South Korea, promoting his recently released solo album, Jack In The Box. And his appearances alongside J-Hope aka Jung Hosoek's way of clicking pictures with the ARMY and greeting them with hearts have been going viral. That's what happened when Hobi made an appearance on the radio show Starry Night. Also Read - BTS members V, Jin, Jimin and others being emotionally engrossed in Pasoori is simply the best video on the internet today [WATCH]

ARMY, J-Hope has been trending worldwide in Hollywood News for his solo appearances and promotional strategies for Jack In The Box. He has been promoting his solo release wholeheartedly and it has been a very proud moment for the ARMYs. Recently, J-Hope aka Jung Hoseok made an appearance on Kim Eana’s MBC radio Show 'Starry Night'. Hobi wore a denim vest by Kenzo which he teamed with blue denim and a white Idris embroidered floral shirt from YMC. Hobi dished out boyfriend vibes and ARMY would agree. Also Read - Trending Hollywood News Today: BTS Busan concert details, Idris Elba's Beast release date in India and more

Well, all of his appearances have one common factor, the way he greets ARMYs. J-Hope has been winning hearts with his warm and lovable gesture towards the ARMY who gather around studios to meet or catch a glimpse of him. And the Run BTS and Yet To come rapper never disappoints. At his recent appearance, J-Hope made a cute heart on the window. ARMY is going bonkers of the same. Check out the reactions here: Also Read - BTS ARMY feels that J-Hope should give an Instagram tutorial to the Bangtan members; this is what happened

Hoseok is so cute. Stop??? pic.twitter.com/9ZmO00aItC

Hobi drawing a heart on the window he is so adorable ??#jhope #hobi @BTS_twt pic.twitter.com/tJhzLCTZ0t

The little hearts Hobi made???? pic.twitter.com/3CX2hzkn3I

Me: I don't clean that part of the glass anymore

I HAVENT EVEN PROCESSED WHAT HAPPENED BUT OMG I JUST SAW JHOPE AND TOUCHED HIS HAND LIKE?? IVE SEEN HIM BEFORE BUT NOT THIS UP CLOSE HES SUCH AN ANGEL ?? pic.twitter.com/8SAOHlhGtS

Hobi peeking to see ARMYs thru the years ~ pic.twitter.com/pFBXZT9WFK

J-Hope's Jack In The Box

Jack In The Box released on 15 July 2022. It consists of 10 tracks which he worked on his own alongside the producers. With Jack In The Box, J-Hope has tried to showcase his extremely dark and raw side. ARMY has been bowled over with his new and intense avatar. And in contrast, is his real self, which is winning over ARMY again and again.