BTS: J-Hope aka Jung Hoseok sets thirst trap with his live after reaching Chicago; ARMY says, 'Who told Hoseok it was ok to moan on live' [Read Tweets]

BTS: J-Hope aka Jung Hoseok sets a thirst trap for ARMYs with his latest live; his noisy virtual hug gets this reaction from fans 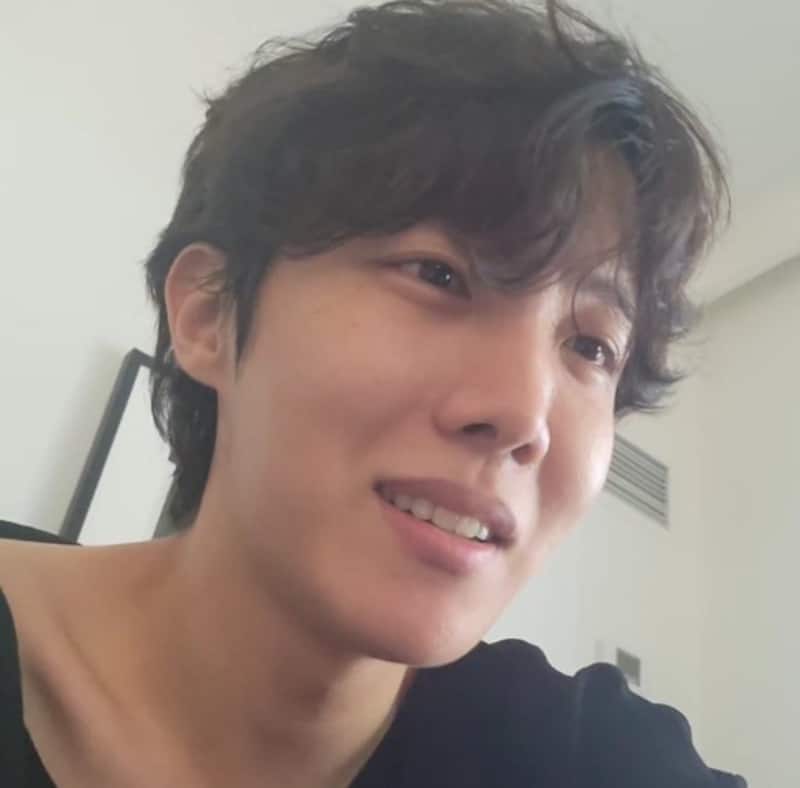 BTS member J-Hope aka Jung Hoseok has reached Chicago. He is there for the final day of the Lollapalooza Festival that will happen on July 31, 2o22. J-Hope did a live on the new Weverse to have a word with ARMY. Fans went crazy seeing his long hair, collar bones and flawless skin. He revealed that he had been eating only one meal in Korea for some days. J-Hope has dropped five kgs for the festival. The lead dancer, rapper, sub vocalist and music producer will be performing for the first time as a solo performer. He has been preparing hard for a week now. Also Read - Bigg Boss 16: Ankit Gupta fans slam makers for constantly taunting the Udaariyaan actor; say, 'Stop giving fake narrative' [Read Tweets]

J-Hope looked great. In one moment, he started making grunting voices on Vlive. The kind of noises you did hear after some workout. Fans are discussing how he posted a thirst trap in the most innocuous manner. Take a look at the tweets here.... Also Read - Urfi Javed steps out in a green sheer net catsuit over a lingerie set and we don't know how to react [Watch Video]

JUNG HOSEOK WHAT THE FU -.?/?? pic.twitter.com/vHBrma2wqM

i am not surviving chicago hoseok ?‍? pic.twitter.com/ad7o8m5tJZ

Jung Hoseok said that he was exploring options on what cool things to do in Chicago. He said he had grown his hair so he could do head banging at the concert. His songs have a rock vibe like More and Arson. The BTS member has just released Jack In The Box, his first solo album. It got a good critical reception, and the songs are doing well on Spotify. Also Read - Janhvi Kapoor looks sensuous in a black dress; this is how alleged beau Orhan Awatramani and BFF Shikhar Pahariya reacted [View Pics]