BTS: J-Hope and Jimin's cute moments from the backstage of Hobipalooza has made ARMY emotional

BTS: J-Hope and Jimin were the cutest together at Hobipallooza 2022. These BTS videos and pics have made ARMY hearts warm and full of joy 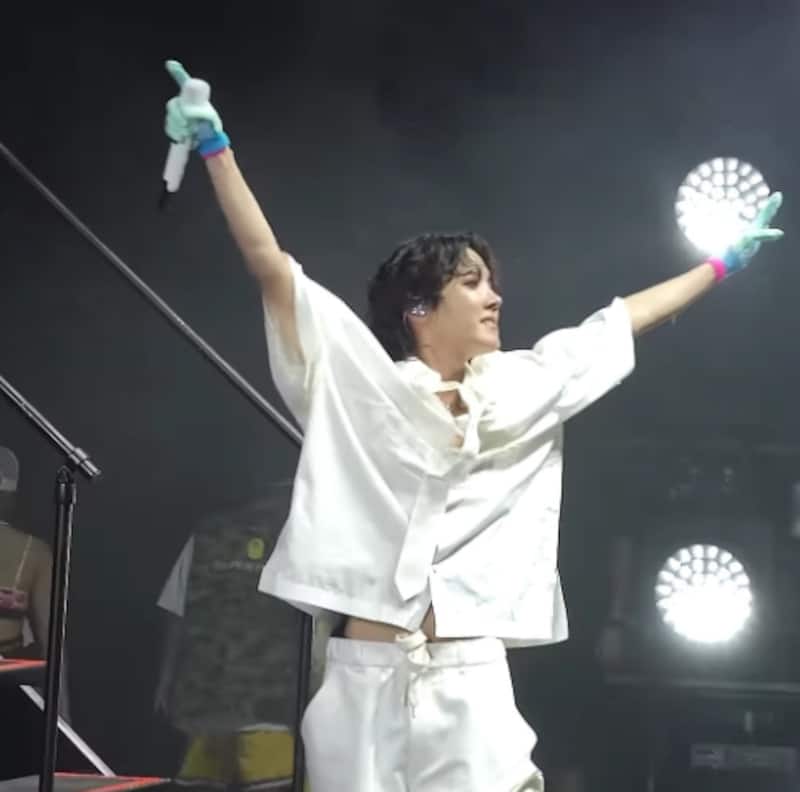 BTS member J-Hope delivered a spectacular show at Lollapalooza which was held in Chicago in the middle of 2022. Jimin also flew down to the US to be with J-Hope. The Arson singer slogged it out in the practice room of HYBE for six months before he blew away the audience in Chicago. Bangtan TV has released the video. It gives an insight into the emotions that J-Hope aka Hobi felt before the final moments. He said that BTS leader RM aka Namjoon sent him a message in the middle of the night that he could pull it off. J-Hope was the first from BTS to have a solo stage. Of course, we saw Jungkook of BTS performing at the inauguration of the FIFA World Cup 2022. Also Read - BTS: Kim Seokjin aka Jin's pictures from Military Camp go viral; ARMYs feel proud of Mr Worldwide Handsome

In the video, he says that he is super nervous. Jimin says he is worried too. But ChimChim states that J-Hope is the most professional one out of BTS so he does not have much stress. Becky G also pays him a surprise visit. This is how ARMY reacted on the video... Also Read - BTS: J-Hope reveals details of Jin aka Kim Seokjin's phone call from training centre; ARMY celebrates 2Seok's friendship [Read Tweets]

"namjoon texted me in the middle of the night 'you can do it, j-hope'" ㅡ 221126, Jung Hoseok Lollapalooza behind pic.twitter.com/kTDnlaJwya

J-Hope has a couple of big nominations for MAMA Awards. He is also going to perform. It looks like he has started his rehearsals in the earnest. Watching BTS perform on stage is always a joy. Also Read - BTS: Jimin wishes ARMY for New Year 2023 with heartfelt letter on Weverse, Jungkook makes a return on social media