BTS' RM and J-Hope aka Kim Namjoon and Jung Hoseok attended Billie Eilish's concert that was held in Seoul. BTS ARMY is going crazy on looking at the boys enjoying themselves so much. 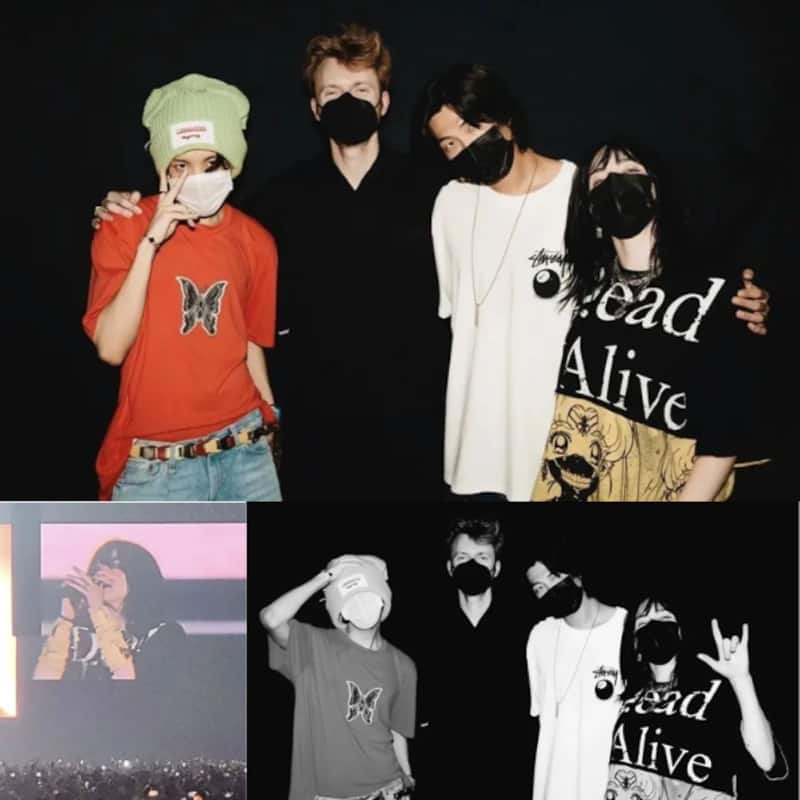 Billie Eilish's concert was held in Seoul, South Korea and it was attended by BTS' RM aka Kim Namjoon and J-Hope aka Jung Hoseok. The pictures and videos of Hobi and Namjoon attending Billie Eilish's concert have been going viral on social media right now. RM and J-Hope had a gala time at Billie's concert. They really enjoyed the concert as the audience and grooved to her music like the fans. BTS ARMY is rejoicing in the fact that they got to see their boys, enjoying their time and being themselves. Also Read - Trending Hollywood News Today: BTS member Suga nails long hair look, Kim Kardashian struggles in a bodycon dress and more

Billie Eilish is on a world tour right now. Her current stop being South Korea's Seoul. Billie performed in Seoul with full vigour and enthusiasm and the concert was a packed one too, it seems. BTS members - RM and J-Hope were seen sitting amongst the audience. When it was their favourite jam, RM and J-Hope got off their seats and grooved to the music like there was nobody around. And honestly, it's the best part of BTS content in a long while. The Boys enjoyed Billie Eilish's concert to their heart's content. J-Hope also posted videos on his Instagram, which have been picked by the ARMY and shared online. Here's a compiled video post of the same: Also Read - BTS: Ahead of Kim Taehyung's stint as DJ on Radio show, here are 6 BIG REVEALS to charge you up for more interesting tea tonight

BTS' RM and J-Hope attending Billie Eilish's concert is being widely discussed in Hollywood News. BTS leader RM aka Kim Namjoon who is quite active on social media took to his Instagram handle and posted a couple of pictures, mementoes from Billie Eilish's concert in Seoul. In the picture, we see RM and J-Hope posing with Billie and her singer-songwriter brother Finneas aka Finneas Baird O'Connell. While the first two pictures are with Billie and Finneas, the second one is a picture of Billie performing while the third picture consists of his hand with the wrist band of Billie Eilish's concert entry. RM captioned the post saying, "bad guys..." Check it out here: Also Read - BTS: Min Yoongi aka Suga leaves for Japan; ARMY cannot stop raving about his long tresses [View THIRST Tweets]

Well, there was a time when the ARMY would be enjoying the concerts of BTS. But the flip side of watching them perform is equally heartwarming for the BTS ARMY. Check out their tweets here:

OMG it's second win for me
I'm so happy seeing it?
I love them together
Billie ? RM? Jhope?

On the work front, J-Hope is busy promoting his recently released album Jack In The Box. RM, on the other hand, is yet to reveal deets about his solo project. Next month, it happens to be RM's birthday. Maybe, he'd announce something then. Also, more BTS content is coming up as Run BTS is coming back from tonight.