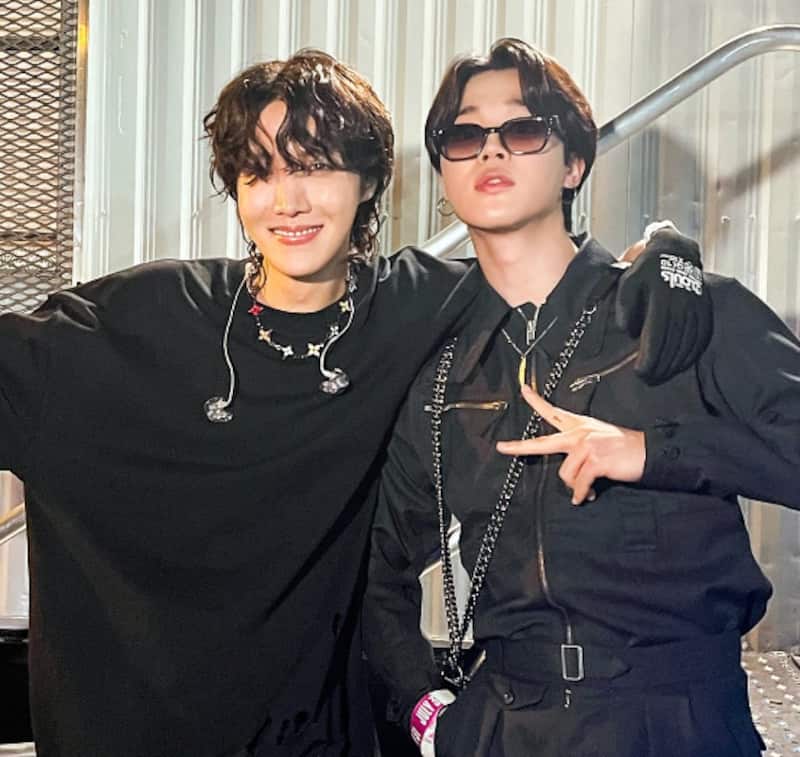 BTS member J-Hope came and conquered. His performance at Chicago's Lollapalooza Festival has won over ARMYs and locals. NME even gave it five stars. BTS member Park Jimin had flown all the way to Chicago to support Jung Hoseok in his big moment. J-Hope performed all the songs in his discography including Just Dance and the superhit Chicken Noodle Soup with Becky G. The Lab accompanied J-Hope on stage as he danced on numbers like Daydream, Just Dance, Dynamite Tropical remix and so on. There were many moments from the evening that will live rent-free in the minds of fans. Also Read - BTS: J-Hope aka Jung Hoseok makes a heart for the ARMY; leaves them gushing over his cuteness [View Tweets]

Now, a video is doing the rounds on TikTok, and it is a funny one. We can see Jung Hoseok doing dance movements on the stage, and at one point, his hand comes near a dancer's butt. He quickly realizes that it could be an embarrassing situation, and takes his hand away. The video captures Park Jimin who is up in the stands giving a shocked reaction. The Serendipity singer said that J-Hope's concert was as good as a BTS one, and even better. He said he had set very high standards for the rest of the Bangtan Boys. Also Read - BTS: Jimin reveals THIS member is the best masseur amongst the Bangtan Boys – ARMY, can you guess?

im done with ppl acting as if hobi pretending to smack his back up dancer ass is okay when it clearly isn't. Its so fucking disrespectful how that wasnt me, it was supposed to be ME. pic.twitter.com/k06iTzMXEz

Hobi did not smack that dancers ass. Army lets calm down please ? #HOBIPALOOZA

Jimin's reaction to Hobi trying to smack the ass is ✨priceless✨ ?? pic.twitter.com/z5UFW79U4y

so hobi and jimin both smack ass. got it. pic.twitter.com/n1IGdm1i9c

Fans are saying that Hobi did not intend to smack the dancer's booty but the camera angle is wrong. Well, he clearly avoided something that could cause embarrassment later on. His BFF model Irene Kim also came to Lollapalooza to support him. Jung Hosoek aka BTS' J-Hope is truly shining and how! Also Read - BTS: Jimin's Saint Laurent shirt from 2018 makes a reappearance in a faded form; ARMY says, 'So uncelebrity like to be wearing in public....' [Read Tweets]